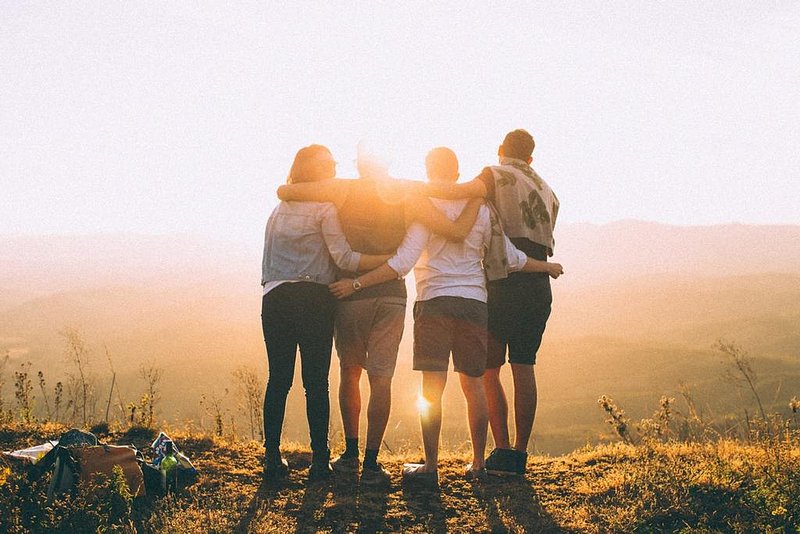 According to Statec, young people aged between 16 and 24 are the happiest demographic in Luxembourg.

As the statistics institute explains, 9 out of 10 young people are "satisfied with their family lives and friends." Statec also revealed that they are happier with the amount of time they are able to dedicate towards leisure time than those aged 25 to 54.

Consequently, the life satisfaction levels appear to be linked to the amount of time adults spend working. This connection was confirmed by Statec, which revealed that those 16-24 year old who work are less satisfied with the amount of time they can dedicate towards leisure than those who are not working, with the former representing 69% of respondents and the latter 75%.

As for interpersonal relationships, young adults scored 8.2 on the satisfaction scale which goes up to 10. The next demographic, going from the age of 25 and above, registers an average of 7.8 out of 10, thus a small decline. Statec evaluated this different by suggesting that young people tend to invest more time in contact with friends. 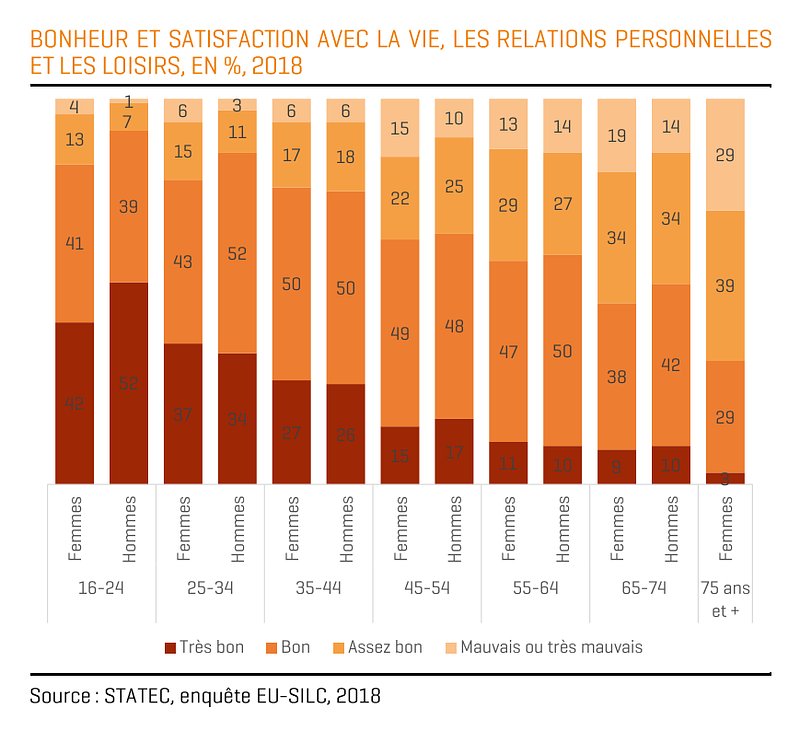 The least satisfied demographic is that of women aged 75 and over. / © Statec

The satisfaction level experiences a dramatic drop amongst those aged 45 and above, applying both to women and men. As for the 25 to 34 demographic, more women than men tended to evaluate their lives, interpersonal relationships, and time dedicated to leisure as either "very satisfying" or "satisfying."