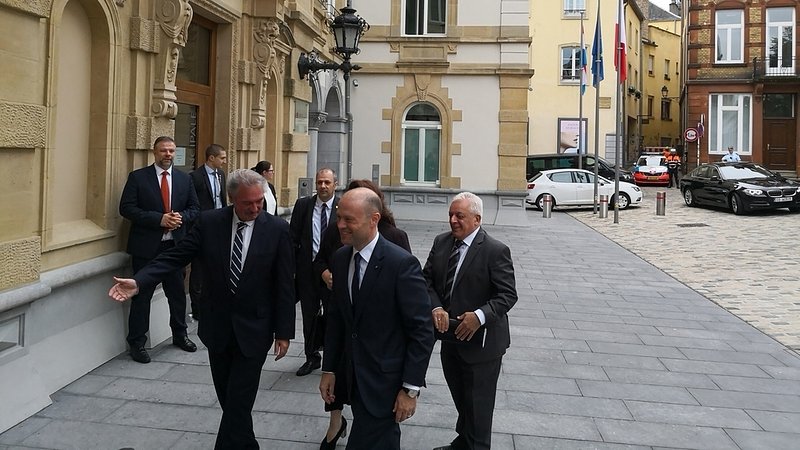 The two prime ministers discussed bilateral relations and common European priorities, including migration, the Multiannual Financial Framework, and the possible consequences of Brexit.

Bettel praised the two countries' good relations and expressed his delight at the growth of the Maltese community in Luxembourg over the past few years. Muscat and the Maltese Minister of Foreign Affairs, Hellena Dalli, met with Bettel and Asselborn to discuss this issue of migration alongside the country's relationship with Luxembourg.

Muscat also spoke to RTL in an interview, returning to the topic of migration. He was clear that 'if people in the Mediterranean are at risk of drowning, we will rescue them', highlighting that Malta will not play games with people's lives.

However, the Maltese Prime Minister also pointed out that both countries and organisations should follow international law in the tricky matter. Muscat elaborated that the existing laws were created in a different environment and amongst a different mindset. He called for international regulations to be updated, but specified he was not necessarily referring to the Dublin regulation. Instead, Muscat advocated that the manner of coordinating rescue action needs changing.

Luxembourg's Minister of Foreign Affairs and Minister of Immigration Jean Asselborn agreed with Muscat. Asselborn remained steadfast in arguing that when people are rescued in the Mediterranean, there should be a clear process for their future in Europe.

Mainly, Asselborn pointed out that without fair distribution of migrants, some countries refuse to keep their ports open. The minister said this led to the current system, which is based on the same four countries stepping in to help: Germany, France, Portugal and Luxembourg. Other countries have helped, but Luxembourg's Minister of Foreign Affairs is adamant that there must be at least ten countries involved for a significant change to occur.