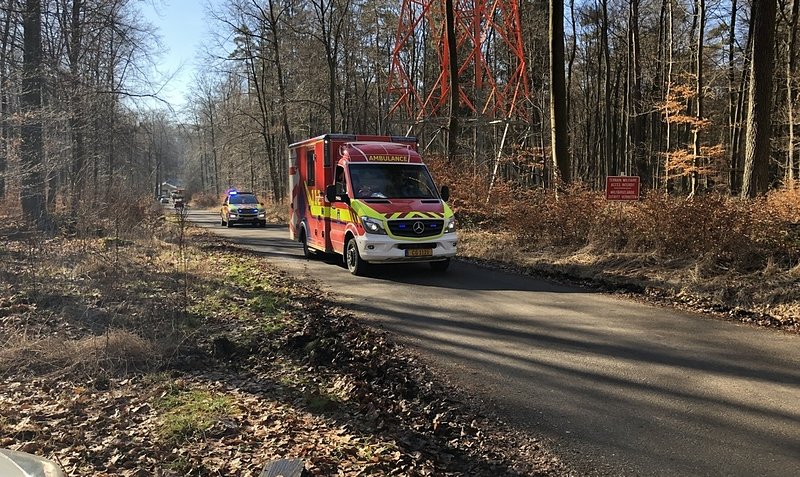 Was the fatal explosion at Waldhof down to human error or was it an unavoidable accident?

The ongoing investigation into the case was trying to bring more clarity to this question. The WWII bomb was classed as safe because it didn't have a detonator, but it still blew up at a military base in Waldhof, killing two people and injuring two more.

Three experts involved in the case were united in their opinion: the only way that a grenade can go off without a detonator is if the chemicals inside the grenade change over time.

If the bomb has been stored incorrectly for 70-80 years or it is in the ground and exposed to the elements, rain water and other materials form crystals which make the bomb more unstable to the point that the smallest movement could set it off. Experts describe this process as explosives "sweating".

The probability of this happening lies at about 1 in 100,000. It is about as likely as an explosion at a petrol station being caused by a person answering their phone while filling up their tank.

Despite being very uncommon, these accidents unfortunately happen from time to time, a bomb expert explained to RTL. Experts from abroad are also in agreement: It can happen and there is nothing that can be done about it. Bomb disposals are dangerous missions and there is no "one size fits all" procedure that could prevent accidents like the one at Waldhof from occurring in the future.

A bomb disposal expert explained to RTL that the 48 kg grenade which exploded in Waldhof was the biggest explosive which could have been launched from a mobile cannon at the time.

It is also quite a common type of bomb to find, especially in the north of the country. A lot of the bombs dropped between December 1944 and January 1945 never exploded because of heavy rainfall. The rain meant that there was a lot of mud, which softened the impact of hitting the ground and often meant that the bombs just didn’t detonate.

Another expert told RTL that bombs which are found without a detonator are often labelled as "safe" and are then transported to the Waldhof base for storage until they can be transported to Belgium for a controlled detonation.

Military officer Alain Duschène explained that the actions that led to the death of two army men were generally considered routine and relatively low-risk.

The two deceased men were likely not wearing any protective gear whilst they worked on the bomb because it would have been unlikely to save them in the case of an explosion and would also have hindered them while they worked.