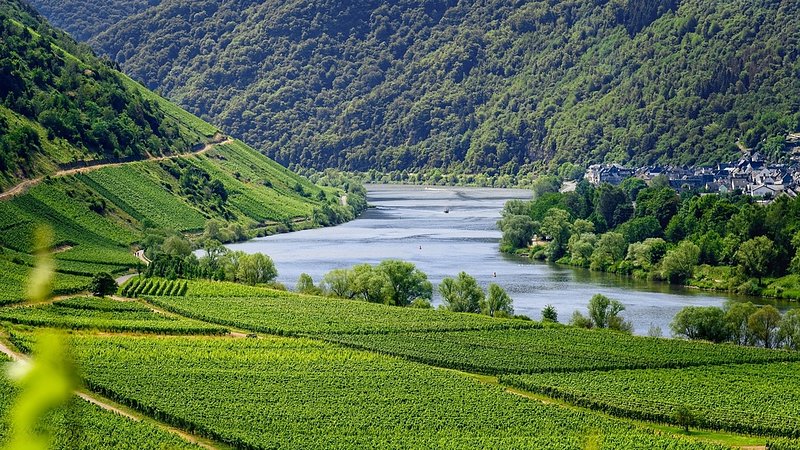 Luxembourg is a paradise for cyclists. Whether you are a seasoned cyclist or just looking to go for a ride, you’re sure to find a route for every occasion.

We’ve picked out a few of our favourite scenic bike routes spanning across the country to get you out and about and pedalling away!

This 48-kilometre bike route begins in Luxembourg’s lowest point in Wasserbillig. The trail follows along both banks of the river, winding through quaint villages and vineyards in Luxembourg and neighbouring Germany. Most of the route is paved, but there is a short section of raised walkways that protect some local marshes.  The route ends in the historic town of Echternach, where you can enjoy some of the local sights including Bollendorf Castle and the “Gisterklaus” Hermit’s Chapel.

Beginning near the famous archaeological site Potaschberg, this 15-kilometre mountain bike loop is a great way to explore the views of the Moselle Valley. The route takes you around the edge of the valley where you can later enjoy some resident activities like the Butterfly Garden or the Bernard-Massard Crement cellars. Cheers!

As the name suggests, this national cycling path takes you across 3 rivers, the Moselle, the Our, and the Sûre. The 89-kilometre path begins in Schengen and runs North along Luxembourg’s Eastern border, concluding in the medieval town of Vianden. The Trois Rivières route can easily be broken down into smaller sections between towns if you aren’t quite ready to tackle the complete distance. Make sure to enjoy some of the many monuments and sights of the villages and towns like the European Museum in Schengen and the historic castle in Vianden.

Looking to bike around the city? The Ville de Luxembourg has mapped out 4 bike promenades of varying length that highlight different quarters of the Capital. The promenades include routes through Kirchberg, Old Town Luxembourg and even a route through the different city parks. You can download a free brochure that maps the 4 routes and has pinpointed landmarks with educational information in English, French, and German!

Station to station bike rides are a great way to enjoy cycling in Luxembourg when you don’t have access to a vehicle. This easy 24-kilometre bike ride will take you from the train station of Kleinbettingen to the Useldange main town square. You’ll follow along the railroad tracks, join up on the PC12 cycling path and even cross a bridge!