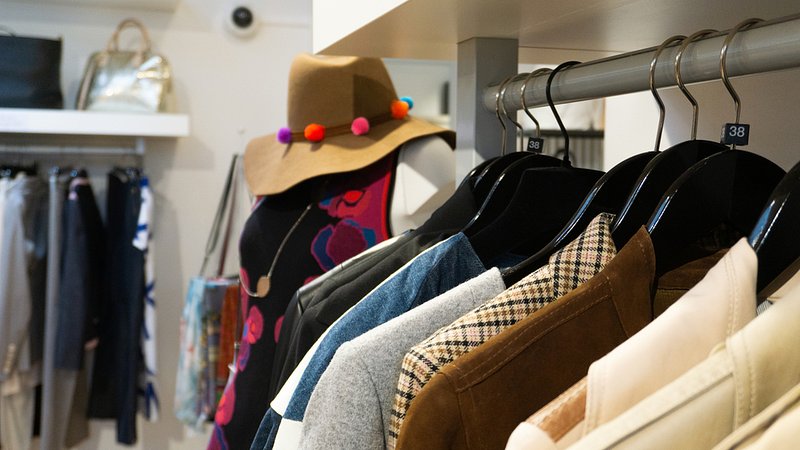 It’s been 7 years since the sisters Nora and Linda have opened up their own second-hand store. Since that first opening, the store has come a long way.

The concept has stayed the same though: create a more circular economy with higher-end pieces. From Michael Kors over Balenciaga over to Hermès, the First and Second Hand Concept Store prides itself with a huge variety of items and prices. We sat down with the sisters to talk about their experiences of being independent, running a second-hand store with high-end brands and the evolution of the Luxembourgish second-hand market over the past 7 years.

How did you come up with the idea of opening up your own store?

Nora: We had the idea of opening up a store like this for a long time because it was in-line with our personal interests and we felt like there was a sort of gap in the market. When shopping, we always thought things could be presented in a different, more flattering way, which is important, especially when it comes to second-hand items.

Linda: During our studies, we were always told to just take a leap of faith and try the self-employed life, if that’s what we wanted. When you’re young and you have an idea that you don’t pursue just because you’re too scared to, you might end up regretting it. So we just decided to give it a shot, without really thinking too much about it and, thankfully, it worked out.

How has your store evolved over the years?

L: We would’ve never been able to start off in a showroom like the one we’re in today. The rent and furniture were way out of our budget at the time. Our first store was really cute, but it was a lot smaller and everything was rather condensed and tinkered together.

N: The risk of failure was far lower that way. After two years, we felt like it was time to move on, even though it was still a bit risky. But thankfully, it all worked out and we’re really happy with where we’re at now.

Besides being business partners, you’re also sisters. How is it working with family?

N: We were never really concerned about working together, because we always got on so well. We thought it would be easier for us to make it work rather than get someone else involved whom we don’t know as well.

L: Exactly. This way, we knew what we were getting ourselves into (laughs). We used to joke about it and say that if we managed to live together for years without having any major issues, there’s no reason why working together wouldn’t work. 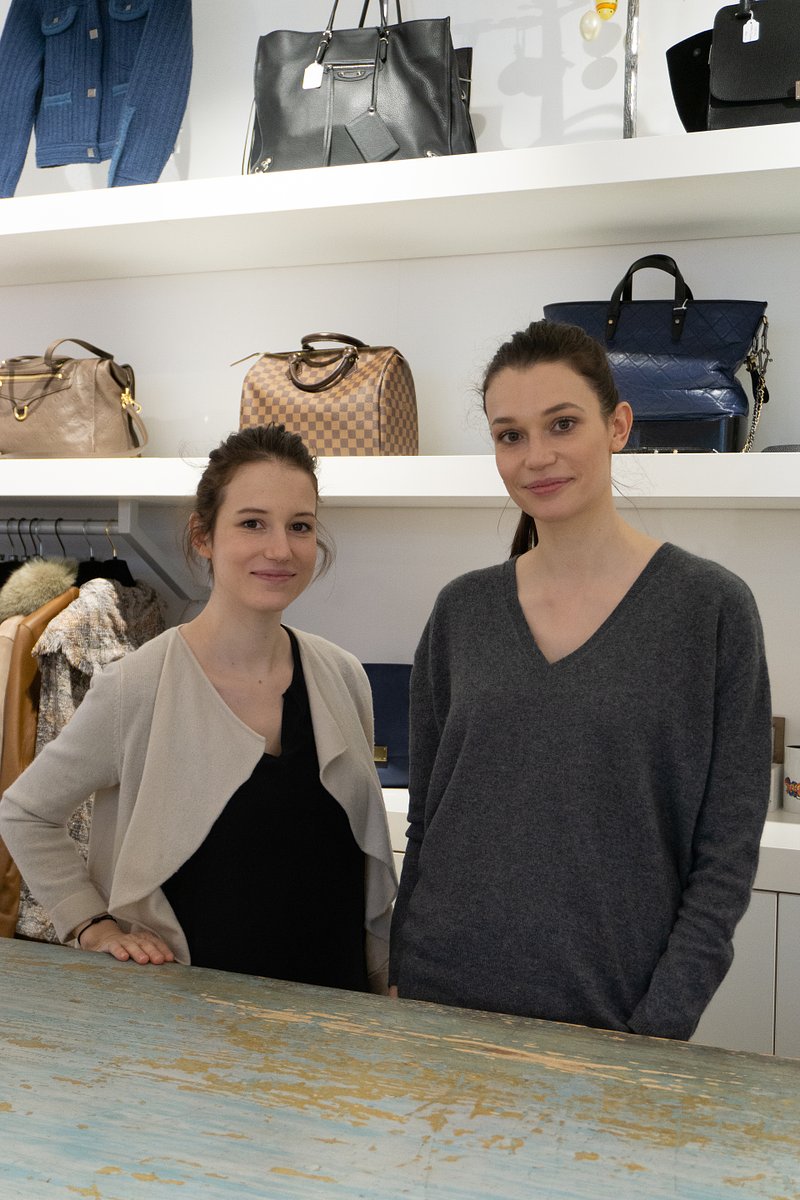 In your opinion, what are the most important aspects to consider when selling second-hand items?

N: I think the presentation is key. In our old shop, we used to overload our clothing racks and it just didn’t give off the same vibe as here.

L: I think that the items lose a lot of their charm if you can’t display them nicely. A bag can be as pretty as it wants, but in a shop, the display is what brings the attention to the item. The presentation is what really makes or breaks it.

N: We also decided to not have an online store, because it’s so important for people to come in, touch the pieces and try them on before purchasing. Also, there’s so many online shops already, so if we have the opportunity to offer such a nice store, we want people to take advantage of that.

L: It was really important to us to stay local and keep this proximity with the clients. But we do have an “open display” on Facebook, where we upload the “eye catchers”, but that’s only about one fifth of what we actually have in-store. It helps people to get a taste for what we have to offer.

You’re mainly selling high-end clothes. Was that always the plan?

N: Yes, we always toyed with the idea but of course it took us a while to get there. We work with the ‘dépot-vente’ system and it can be hard to refuse items so in the beginning we accepted almost everything. Over time, we received so many items that we had to become more selective in our process.

L: Oftentimes, people realise themselves if their clothes fit into the store once they come here.

In a previous interview you said that you sort out everything that has marks of wear. How many marks are acceptable?

N: For clothes, we don’t accept anything that has even the slightest signs of wear, because people just won’t buy it. For bags, it’s a different story. It depends on the brand, collection, sales price, etc. We have a lot of clients that only buy bags that are in immaculate condition, but then, we also get customers that don’t mind slight signs of wear if it means that they can get the bag for a whole lot cheaper.

L: That’s mainly for high-end brands though, because a couple of flaws make the bag a lot more interesting in terms of price. We also have some vintage bags which usually have some signs of wear, but there, people don’t mind either, because it’s part of their charm.

What happens to the items that you sort out?

N: We always check all the items with the customers on-the-spot. For the items we can’t take on, we let the customer decide if they want to take them back or leave them with us. Besides our shop, we also collaborate with the commune of Leudelange and a charity, so we collect items that are then sent to Chernobyl in Ukraine.

L: They always send us images when they drive down there, so we know they get there securely and it’s just so nice to see how happy people are about those items.

How would you characterise your typical customer?

N: In the beginning, we thought that our customer base would be rather international, but we mainly get Luxembourgish women in their 40s and 50s who bring their items and then take something else instead.

L: It’s good for the moral to know that you’ve exchanged items that you don’t really wear anymore for others that you’re happy to have. We found that oftentimes, when people buy a couple items, they’re all items brought in by the same client, so we see ourselves a bit as mediators who communicate between different customers. It’s so interesting to observe the items’ journey and people’s taste evolving over time. 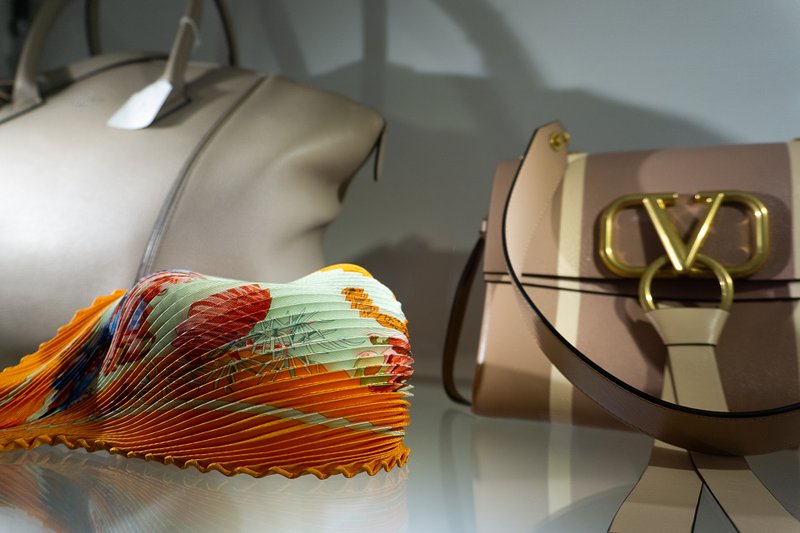 What’s the appeal for you to sell second-hand fashion?

N: We were never really interested in buying the same items in bulks and different sizes. There’s so many stores that sell new items and it’s just a shame if you think about all the clothes that are hanging in people’s wardrobes and no one’s getting use out of - not to mention that it’s more sustainable and ethical to give items that were once bought a second life rather than throwing them away. Since people are bringing in their unwanted clothes, each item is so individual and special. Plus, the collections are older, meaning that you can sometimes find items that aren’t really in style right now or that you can’t find anywhere in stores nowadays, but that you love and have been looking for. It’s really interesting to see how fashion always comes full circle over time.

How was this last year for you?

N: The last year has been pretty quiet, as it has for most other stores, too, but we used the time to take care of all the things that we usually don’t get around to do, like in-depth cleaning, accounting, etc. So I think we managed pretty well to stay busy and use the time wisely.

L: It was pretty obvious as well that people spent a lot of time at home sorting through their clothes and ordering new things online, so we got a pretty assortment in since reopening. Now, we just need to wait for the usual roll of clients to come back, which might take a bit but we’re still very optimistic.

L: We thought about expanding at one point again, but for now, we put that idea aside.

N: Exactly, we’re in a good place right now, no need to risk something. Then again, I’m saying that now, but who knows what the future might bring - I guess we’ll have to wait and see (laughs).

First&Second Hand Concept Luxembourg
The photos published on this site are subject to copyright and may not be copied, modified, or sold without the prior permission of the owner of the site in question.
Most read
More news