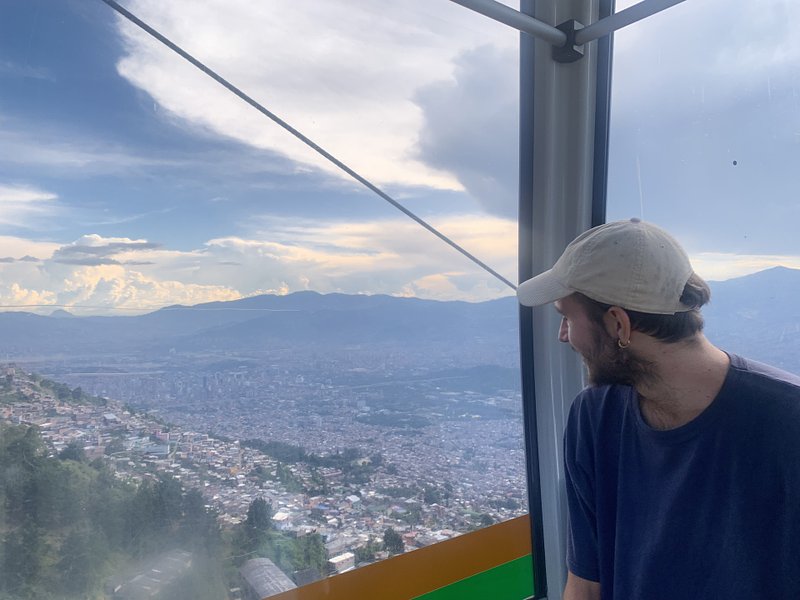 RTL Today's Tom Tutton continues his journey through South America with a visit to the once-notorious Colombian city of Medellín.

If you’ve ever heard of Medellín, it’s almost certainly in relation to Pablo Escobar, the drug baron whose antics were retold in the hit Netflix show Narcos.

But this incredible city is emerging from the shadow of its infamous son, and just a few days after our adventure on the Amazon, we were there to witness its transformation from the world's premier narco-trafficking centre to a thriving, modern hub of culture.

My partner and I were simply blown away by our week in Medellín, from the masterful art of Fernando Botero to dramatic cable car rides, a wild football derby and tours of neighbourhoods that were on the front lines of the war on drugs just twenty years ago.

Before we dive into the city’s remarkable evolution, though, let’s tackle its deadly past.

Medellín, in the nineties, was known as the most dangerous city in the world. Over the second half of the 20th century, the Colombian civil war, pitting the government against left-wing FARC revolutionaries and associated militias, had led hundreds of thousands of internal refugees to set up shanty towns in the hilltops surrounding Medellín. 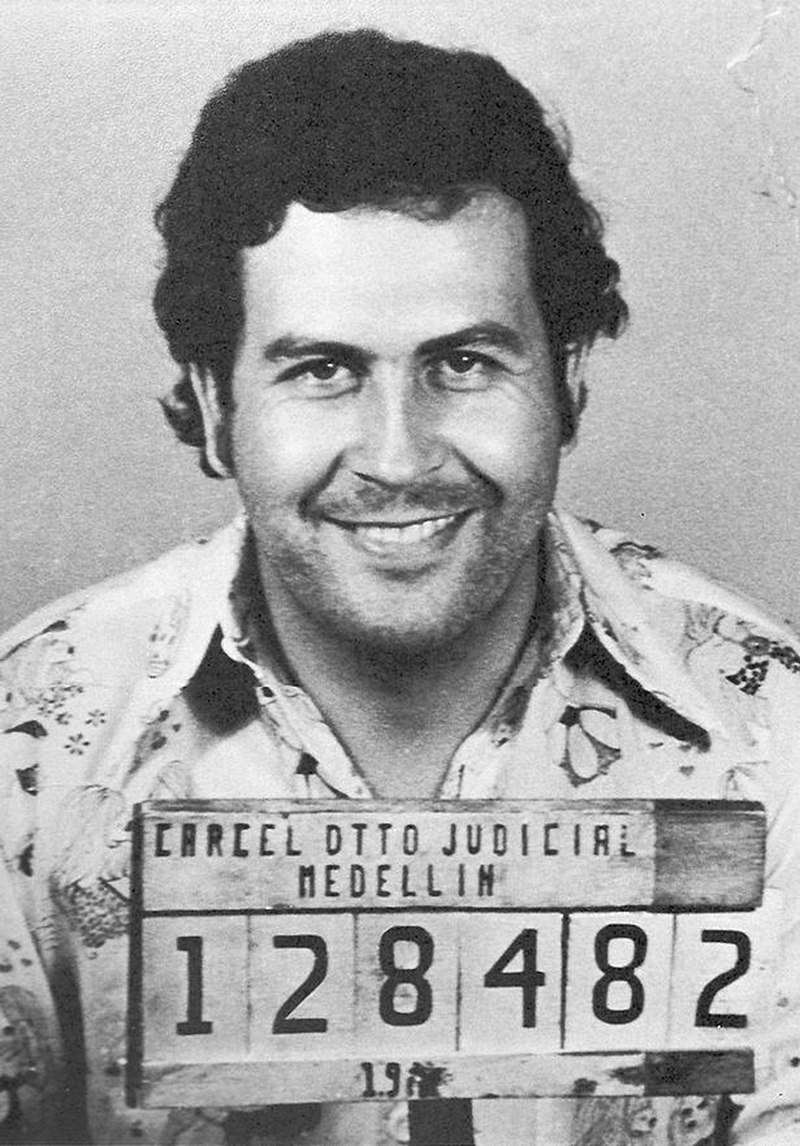 The poverty and discrimination they faced facilitated the rise of Pablo Escobar’s cocaine-smuggling empire in the 1980s, as his Robin Hood-style efforts to rebuild certain poor neighbourhoods earned him loyalty and effectively turned the city into his personal playground.

Under Escobar’s rule the city became a hub of crime, trafficking and assassinations, and even after his killing in 1993 by Colombian special forces – in Medellín, naturally – it continued to suffer from crime and violence.

As late as 2002, the Colombian government was launching Operation Orion, sending tanks and helicopters into the neighbourhood of San Javier to clear out the last remaining FARC revolutionaries.

And yet, twenty years on, San Javier (also known as Comuna 13) is a radically different place attracting thousands of tourists each week – and that’s how on a balmy afternoon, we find ourselves joining a tour of the neighbourhood.

Our guide, twenty-year-old David, grew up in San Javier, and explains that although Operation Orion may have been a success, it caused great bitterness in the local community.

The army was accused of using excessive force, and of employing ‘false positives’; that is, justifying the deaths of innocent people by labelling them as terrorists, FARC members or drug traffickers. 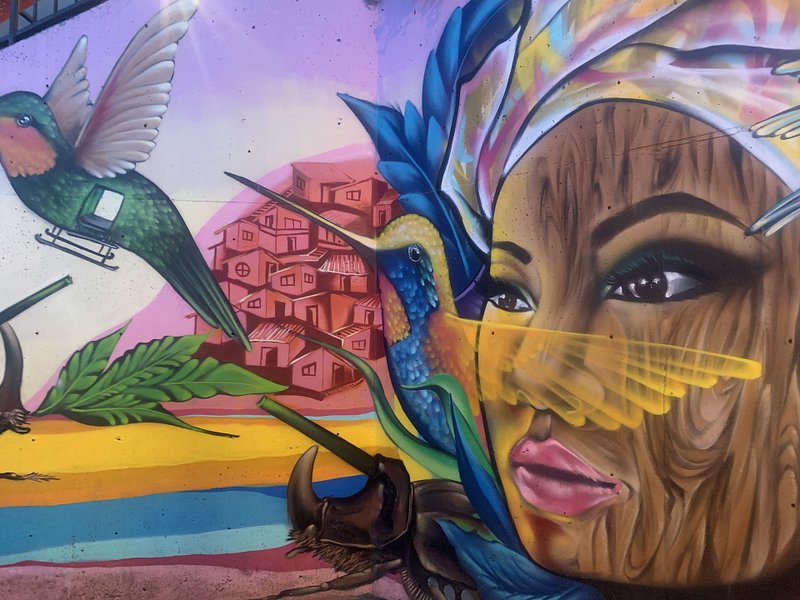 But there’s no arguing with San Javier’s transformation. It’s now a safe, touristy area with stunning views of the city and beautiful street art, which David says has provided opportunities for young people to avoid being recruited into gangs.

At a local gallery, he even treats us to a spontaneous performance of salsa and bachata dancing, as well as his impressive twerking skills. Comuna 13 has come a long, long way.

The key reason for the city’s transformation, though, arguably lies in its transportation system. Medellín has South America’s best metro system, its overground trains criss-crossing the city from north to south and east to west; but the jewel in its crown lies in its skies.

That’s right – the cable-cars! These connect some of the most remote and poorest neighbourhoods in the surrounding hilltops to the city centre, allowing residents to get around and granting them access to work, education and healthcare.

Not only that, but they provide some of the most jaw-dropping urban views in the world, with the extra benefit of making you feel like you’re in a ski resort, without the frostbite or the astronomical prices. 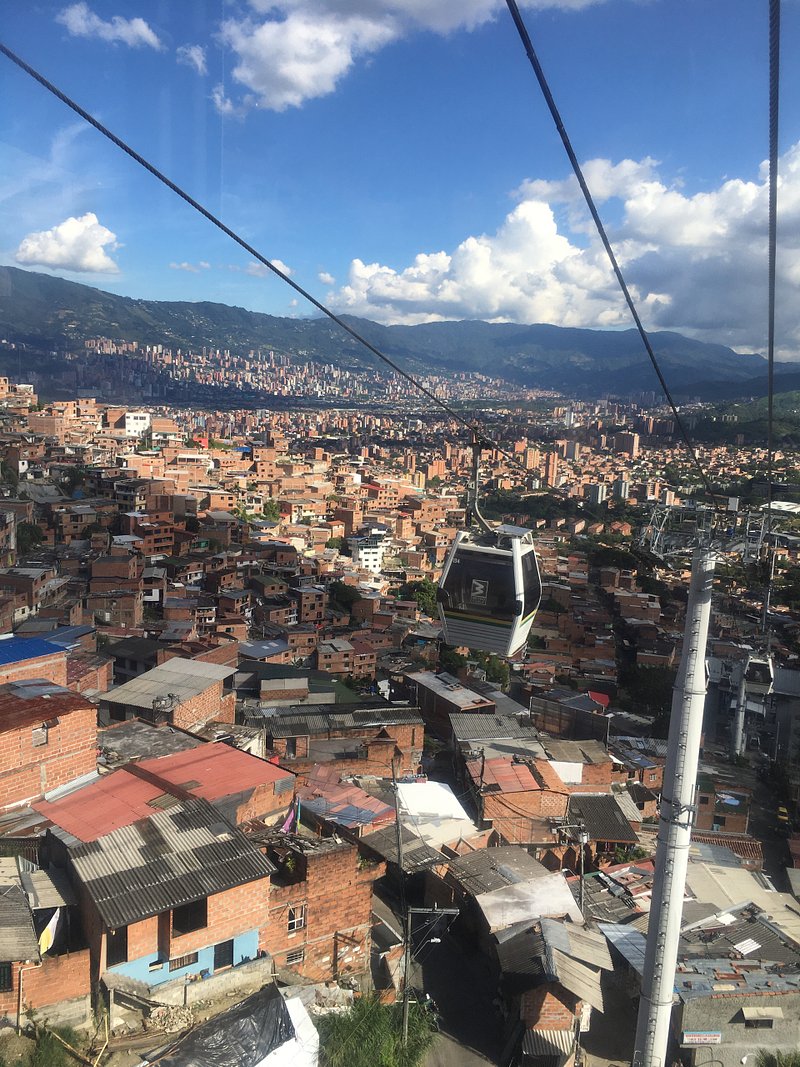 Admittedly, Medellín's city centre isn’t the most beautiful, lacking the impressive regal palaces of Bogota and Lima. What it does have, however, is one of South America’s best art museums, the Museo Botero.

Fernando Botero is widely recognised as Colombia’s most famous artist, with his iconic style which I can only describe as… chubby. (No, I’m not an art historian.)

Over the course of his life, Botero has donated a stunning collection of his art, depicting humans, animals and objects in an exaggerated rotund form, to his native city of Medellín.

Huge bronze sculptures line the square in front of the museum, where some of his world-famous paintings made me openly laugh out loud. Botero has had exhibitions across the globe; if you ever have a chance to see his work, make sure you do. 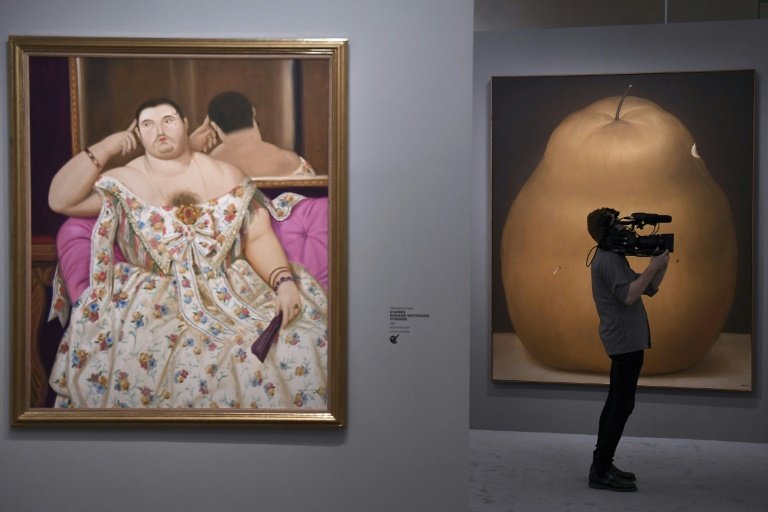 The high quality of life in the new Medellín has started to attract a wave of tourists and digital nomads, who have set up shop in what is now effectively the gringo neighbourhood of El Poblado, where obscenely loud discotecas blare out the latest reggaeton hits well into the early hours.

Locals, on the other hand, head to Laureles, a thriving district full of bars and restaurants serving bandeja paisa, the local speciality, which somehow manages to combine pork belly, sausage, fried eggs and ground beef into a single dish.

Laureles is also home to the Atanasio Girandot stadium, and that’s where we find ourselves on our final night in the city, with tickets to one of the biggest football rivalries in South America: the Medellín Derby.

Walking towards the stadium, we’re soon engulfed by an enormous street party, with both Atletico Nacional and Deportivo Independiente fans sinking copious amounts of beer and aguardiente, the local anise-flavoured spirit of choice.

Incredibly, though, there seems to be no animosity between the two sides, and it’s brilliant to see a football rivalry that’s not tarnished by the usual hatred and violence. 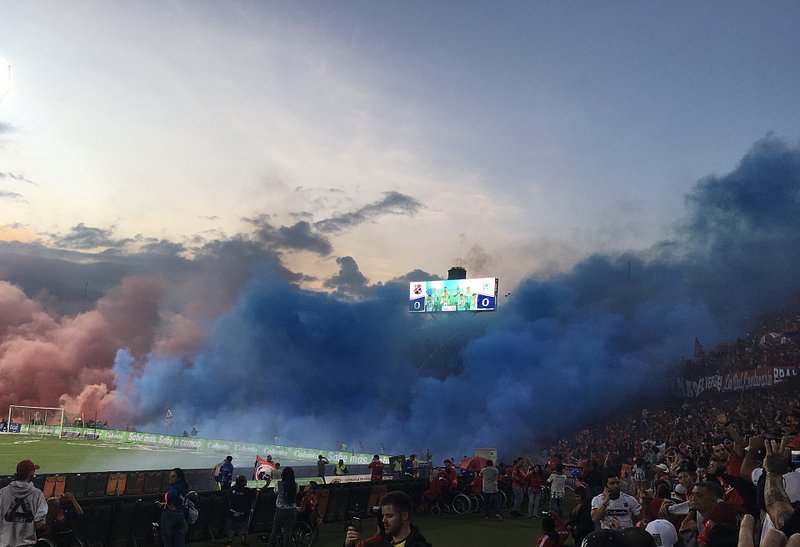 Once we get in, we’re greeted by an absolute spectacle: the north and south stands are dominated by each side’s ultras - festivals of colour, noise and passion.

We’re right on the halfway line, surrounded by fans from both sides chanting different songs simultaneously. It’s an absolute racket, which only gets louder as the referee blows the opening whistle.

The match itself is a classic, too. We’re treated to a ridiculous 90 minutes, featuring seven goals, a red card and a retaken penalty as Independiente win 4-3.

Each goal is celebrated wildly by the fans, with fireworks blasting out from behind the stands, although by the time the seventh goal goes in they’ve unsurprisingly run out.

After the match, the party continues well into the night. It’s a fitting end to a fantastic week, and as we get set for a 15-hour bus to the Caribbean coast, we’re certain that, one day, we’ll be back in the new Medellín.