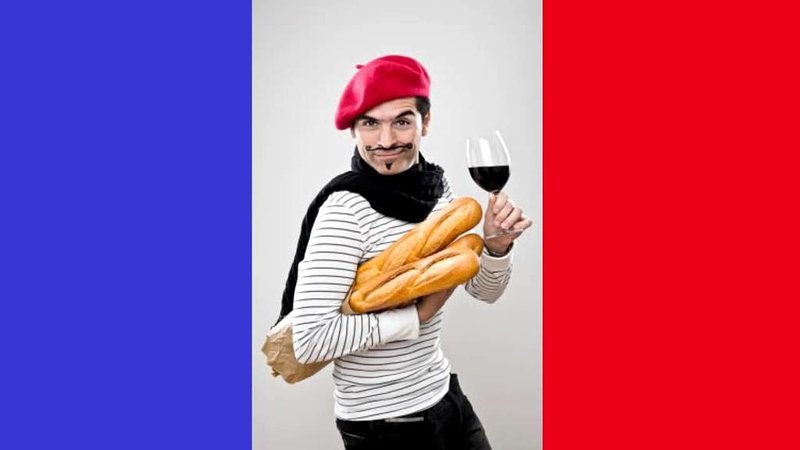 The only thing the French seem to love as much as a roundabout is a baguette, and indicating.

I recently went to France for what was, essentially, the first time*. It's not that I've been avoiding going there**, I've just never really felt the urge to do so. I don't speak French, for one, which tends to present a number of obstacles even communicating with the myriad of (positively lovely, I'm sure) French workers right here in the Grand Duchy. I always imagined this issue would be ever more present if I actually went to France, but I was wrong (more on that in a bit).

*I've been to Metz before, for half a day (lovely mashed potatoes, can't recall where), and I travelled through France when moving from Edinburgh to the GD. I don't think either really counts.

Anywho, this meant that I saw France (Brittany, to be exact) with virgin eyes, and couldn't help but whip out my notepad as I encountered things that rather surprised me. You can leave work, but work never leaves you.

In 200 metres, at the roundabout, take the 2nd exit

The French, especially those in Brittany it would seem, absolutely LOVE a roundabout. Can't get enough of them! Two three-car-an-hour roads intersecting? Best put in a roundabout. Dual carriage way splitting off? Roundabout. Ordered a bit more asphalt than you actually needed? Find somewhere to put a roundabout.

Driving from Tréméoc to Concarneau takes about 40 minutes, and I swear half of that time is taken up driving through roundabouts. I just checked on Google maps, and the route we took spans 40km and features a whopping 15 roundabouts. Fifteen! That's about one roundabout every 2.6km. Who needs carousels when you can just pop to the supermarket and spend ten minutes driving around in circles?

Want to drive on the motorway? That'll be one month's pay, please.

I never knew just how outrageously expensive French toll roads are. It's truly astounding. Our first leg took us from Luxembourg to Normandy, and we opted to take the fastest route there as suggested by out satnav. That ended up costing us something like €50 in toll road fees alone. The first toll road alone cost us around €30, which meant I spent the rest of the trip frantically trying to spot the toll booths and praying to the heavens that we wouldn't end up bankrupt before we reached our destination.

On the way back we told the satnav to avoid toll roads - it took half an hour longer, but the roads were also far less busy and the views considerably nicer. Lesson learned. Avoid toll roads.

I now understand why the French protested the fairly recent increase to petrol prices. Holy dear is it expensive! Half a tank cost me as much as a full tank in the GD.

If you do a Google image search for 'Frenchman', the very first image shows a chap in a stripey top carrying a bunch of baguettes under his arm. In fact, baguettes feature in 6 out of the first 16 images. Stereotypes like that don't tend to be true, or at least grossly exaggerated. Not so in this case. Any which way you looked there'd be a Frenchman or Frenchwoman carrying one or several baguettes under their arm. It all made me feel rather inadequate as a Swede, as I've not been seen carrying a tray of meatballs around for... well, I don't think I've ever done it, really. Except at school dinners and the odd visit to Ikea, I suppose. Am I failing my country?

I knew finding vegetarian food wouldn't be as easy in France as it is here, or indeed in the UK/Sweden. Still, I was surprised by just how alien the concept of vegetarianism stayed. Arriving at a hotel we asked what one might expect from their breakfast, and if they had vegetarian options:

"We have bread, and the ham platter."
-Ah but we're vegetarian, what do you have that we might eat? Do you serve eggs?
"No eggs, but we have the nice ham platter."
-Okay but that's meat, we don't eat meat.
"Oh.. no ham?"

You get the idea. As for restaurants, well, it's a good thing we like pizza. You may find a few goat cheese options that are vegetarian, but then you have to eat goat cheese. I'd sooner eat my own hair.

Why stop indicating when you can, uh, not stop?

The French take indicating VERY seriously. When overtaking the norm seems to be to leave the indicator on for as long as you're in the left lane. For many the need to indicate when using the left lane seems to have become a deep-rooted compulsion, to the extent where they can't stop even when they've moved back to the right lane. They'll keep on indicating left, presumably to let us all know that they've recently spent some time in the fast lane. Just in case we were curious. I saw several drivers who would literally keep indicating left for minutes after moving back to the right lane, for no obvious reason.

How the constant "click, clack, click, clack" of the indicator doesn't drive them mad, I don't know. On the bright side, they are WAY better than the average driver on Luxembourg's roads when it comes to showing their intentions in roundabouts. They'll indicate left if they're staying in, and right when moving out. Even doing the latter seems as alien to many on our roads as does vegetarianism to the French.

As the proud owner of a 2013 Citroën C4 Picasso (my precious 'black egg', I love it because it looks kind of ridiculous) it's not that often I see 'one of my own' out on the roads of the GD. In France you'd see one a minute, if not two. They're everywhere, especially the older models such as my own. In fact, it's a sign of how accustomed I've become to Luxembourg that I was surprised to see so many 'old' (read: 5-10 years) old cars on the streets.

On the whole, the French definitely like a French car. Never have I seen so many Citroëns, Peugeots, and Renaults.