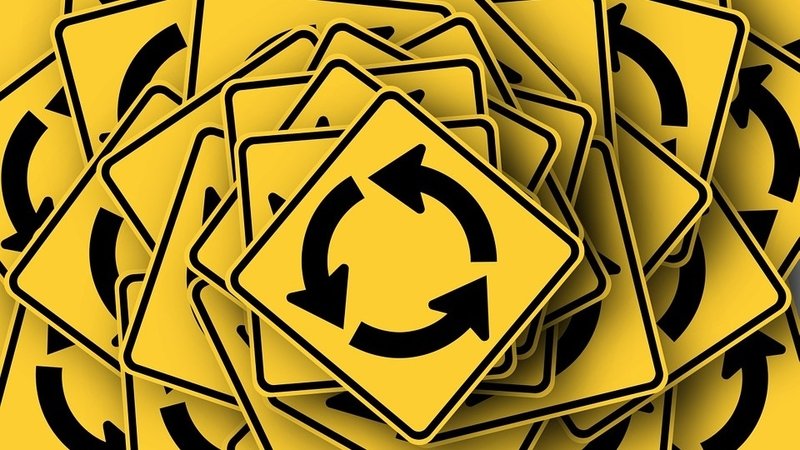 Tackling a roundabout is no easy task, at least if you look at how certain drivers go about it. Here's how to do it without causing a cacophony of honks.

Whether you're a brand new driver or a bit rusty, it seems roundabouts cause a fair bit of confusion. Some people even think they cause tornadoes, the science behind which is sketchy at best. In fact, one of our first Gripe articles was by a chap who had grown rather tired indeed of how people handle roundabouts here in the Grand Duchy.

So with that in minds, here are a few handy tips on how to navigate a roundabout.

DO use your indicators, at least when exiting the roundabout. There are few things more likely to unleash the fury of a thousand winds and have your fellow drivers come down on your like the hammer of Thor than having them wait for you to pass only to find you are in fact turning out.

DON'T forget where the indicator is located. It's usually a little stick-thing on the left-hand side of your steering wheel. Push it down if you're going left or, as is usually the case when leaving a roundabout in Luxembourg, push it up to indicate that you're going right. This will activate a little blinking light that lets your fellow drivers know your intention to turn off.

DO remember that you should never, ever be exiting a roundabout in Luxembourg by going left - this means you're going the wrong way, against traffic, and whether or not you're indicating is the least of your problems.

DON'T be one of those people who scoot along in the outer-most lane even if you're going all the way around the roundabout, or really anywhere beyond the second exit. You're blocking people for no reason, and it's every bit as annoying — if not more so — as people who don't indicate. Here's a handy and very detailed chart that shows some suggested lane placements depending on where you're exiting: 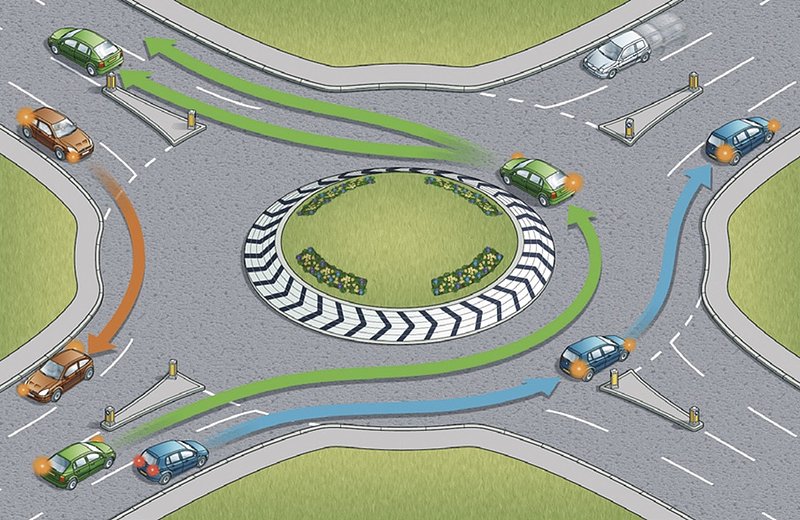 DO keep an eye on other cars around you. Want to switch lane? Check your mirrors, throw a glance over the shoulder, and indicate before moving in/out. People who turn first then indicate when they're halfway into the lane deserve to find a stranger's hair in their food at least once a week. If you're blocked then I'm afraid you'll have to wait, adjust your speed so that you can slip in behind the other car, or — and this truly is unusual, and rather a worst-case scenario — take another lap before you move out.

DON'T stop if you have taken the wrong exit. This happened to yours truly at the rather busy Irrgarten roundabout recently. As I was exiting through what was for me the 3rd exit, a car entered and exited through the same exit (their first, so we were in different lanes), realised as they were in the exit that they had made a mistake, and slammed on their brakes, and started making as though to turn back around and out. I had to hit the brakes to avoid crashing in to them, leaving me stationary and askew in the outer lane of the roundabout until they moved, which luckily they did quite quickly. My rage was untethered. It was a miracle that they didn't cause an accident.

DO keep in mind that there may be smaller vehicles going through the roundabout as well, such as motorbikes. This goes with the earlier point of checking your mirrors and what not, but is worth repeating as smaller vehicles can be harder to see in the white-knuckle situation of navigating a circular road which leads many to abundant perspiration and panicked breathing.

DON'T mess around with your phone, GPS, radio, half-eaten burger, Magic the Gathering card collection, gameboy, atari, walkman or anything else while in the roundabout. Or while driving, ideally.

DO keep a safe distance to the car in front of you. You may not be driving at a particularly thrilling speed, but accidents happen quickly and distances are short at the best of times.