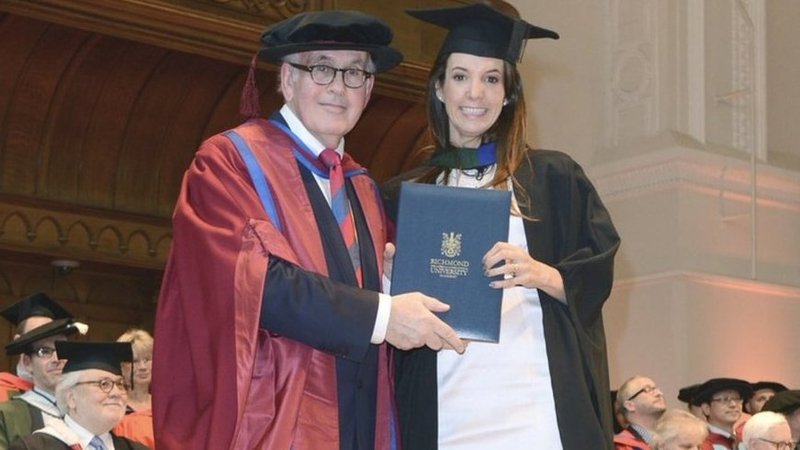 In recognition of her commitment to charitable causes and the furthering of education around the world, Tessy is to receive an honorary doctorate from Paris College of Art.

Tessy announced the news on Twitter on Friday 10 May, stating that the ceremony will be held next week (starting 13 May).

NEWS!❤️ Next week i will be awarded an Honorary Doctorate from the @pariscollegeofart for my work in and around Education globally 🦋📚 I am so humbled and excited ✨Photos to follow in due course🦋 Thank you all for believing in my work🌟#grateful #blessed #honorarydoctorate pic.twitter.com/awAybqQjC7

Commitment to charity and Education

We have written at length about Tessy's work in education, including her work through her NGO Professors Without Borders, for which she's currently undergoing intense training to raise money by taking part in "Vätternrundan" - the world's longest recreational bike ride. She's also working with the Montessori St Nicholas groups as a Global Partner of Education, among many other commitments.

In April, PCA announced that Tessy would be their 2019 graduation speaker. Their full statement below:

"We are very pleased to announce the graduation speaker for our graduating class of 2019 will be Tessy de Nassau, Director and Co-Founder of Professors Without Borders.  With her commitment to education and human rights, Tessy is an ideal speaker for our graduate class who we hope will go out into the world of work and promote the same values of social justice. As well as her work with her foundation Professors Without Borders, which brings top-level educators and global experts to the doorsteps of students worldwide, Tessy is also the newly appointed associate at LSEideas at the London School of Economics.  She is passionate about pushing her different agendas to benefit the Sustainable Development Goals and has committed her time and energy to furthering the work of organisations in which she believes. Moreover, she is actively committed to strengthening basic human rights for all and empowering young women and adolescent girls around the world. She received the Woman of the Decade award from the Women Economic Forum in January 2017, the Humanities medal for spreading humanistic ideas worldwide and the Global Empowerment Award for her work in Africa.

Tessy currently lives in London with her two sons, and spends much of her time travelling for her different commitments.  We are honored that she was able to find time in her very busy schedule to join us for graduation and we very much look forward to her address."