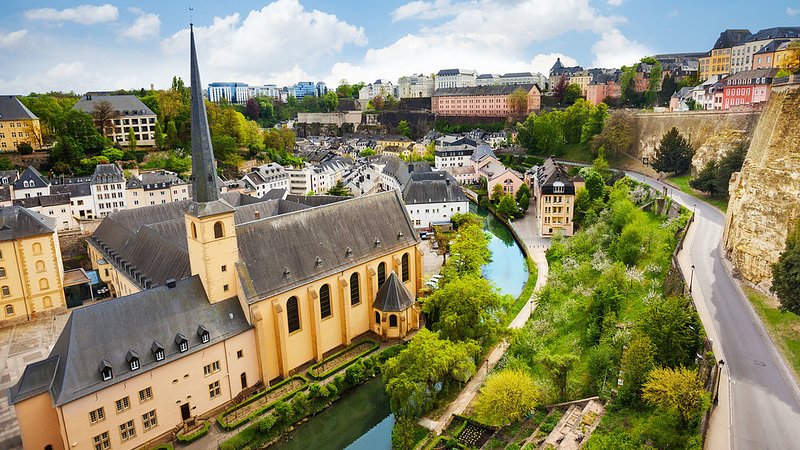 When you spend every day of your life in Luxembourg you often fail to see some of its curiosities.

After having talked about 10 things I've noticed living in the UK, here are 10 things I only realised about Luxembourg after moving away:

1) Speaking several languages is actually quite impressive. I knew that learning several languages in school isn't the norm, but because most people I know can speak at least three languages I never realised how rare it really is. When I tell people in the UK that I speak 5 languages they can hardly believe it. Most of them only speak English or some broken Spanish or French and the idea that we learn 3+ languages in school sounds surreal. In addition, comfortably switching between languages and adapting yourself to the person you're speaking to might be normal for us but not for everyone. When you go to a shop and realise that the salesperson doesn't speak Luxembourgish you simply switch to one of your other languages, sometimes even mid-sentence. You don't realise how weird that is until you no longer have to do it and can just stick to the same language all the way through. But don't get me wrong, I like our language diversity.

2) We get very excited when shops open on a Sunday. I considered Sunday to be a rest day, where you can't do much, at least in terms of going to the shops. If you want to go food shopping on a Sunday you have to make sure to get to the supermarket before 2 PM or it will be closed. On the rare occasions that shops and malls open on Sundays, for a summer sale for instance, everyone rushes to them and it is considered to be a special occasion. However, in the UK (at least in the major cities) every shop is open on a Sunday and it no longer feels like a special day where everything remains closed.

3) Not having to pay for public transport is great. I know that I don't have to pay because I'm a student but non-student prices are still quite affordable compared to the prices in the UK, where even the student prices don't make that much of a difference. Moreover, public transport will become free for everyone in Luxembourg in 2020.

4) Luxembourg City is beautiful. After moving to Birmingham, maybe not the best example of beautiful English cities, I realised how stunning our capital is. It is another thing I never really appreciated because I spent so much time in town that I had got used to its beauty. Luckily, after being abroad for several months I was able to admire it again. 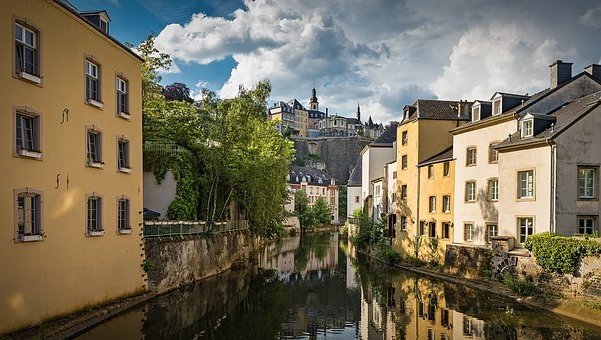 5) We only drink bottled water. I don't know what it is but I would never order tap water in a restaurant and I don't know anyone who would. Even at home I drink bottled water, but I never noticed how strange that is, especially because our tap water is not contaminated or anything and is perfectly safe to drink. When I moved to the UK I changed my habits and started drinking tap water, getting free tap water in restaurants is also standard and you won't be secretly judged by others.

6) Getting a (sometimes even new) car when you are 18 is also not very normal. A large number of people, myself included I have to admit, get a car as soon as they turn 18. I wouldn't say that people expect to have a car at 18 but getting one is not very surprising either. A lot of people ditch public transport and use their car to drive everywhere, to school, the gym or town. However, the people in England I've talked to about this find it rather strange, especially that some people get brand new cars. Most of the people I know don't have a car or they have a used one which breaks down every few miles. Of course there are exceptions to this and not all British 18-year-olds are carless.

7) The legal drinking age of 16 is rather low. At 16 you might not yet been allowed to go to a club or have spirits but you can legally go to a bar and have a glass of beer or wine. You don't realise how strange that is because everyone does it but when you start talking to people abroad you realise that 18 is a much more sensible option. In addition, people checking your ID when buying alcohol are not very strict in Luxembourg, if they check it at all. In the UK you've got to show your ID as long as you look younger than 25. I now realise how privileged I was here, as I get nervous at cash registers and make sure that I've got my ID in hand, even though I am two years above the legal drinking age. 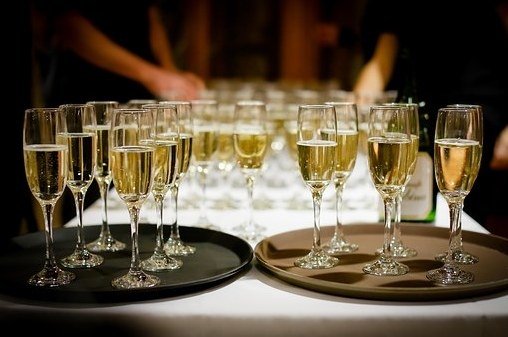 8) Staying in the alcohol lane, Cremant is a big thing in Luxembourg. You can find it at the smallest social gathering, family and public events. You don't realise how frequently you are offered a glass until you are somewhere and no one offers you a glass of bubbly wine.

9) Living in a small country is quite nice and convenient if you want to visit someone. Your friends and family all live relatively close and even if one of them lives on the other side of the country you won't have to stay the night when you go and see them. Again, I only realised this when someone told me that they had to drive six hours to see their grandparents, who still lived in the same country.

10) The final thing I considered to be normal was not going anywhere without bumping into, at least, three people I know. Whether you're going to the shops, the cinema or to a restaurant you always know someone and have to stay hi or even stay for a longer chat. No matter whom you're talking to you always know someone who knows someone and so on, it is not unusual to know people all over the country. In England I can go to the shops without running into someone's cousin or spend a day in town without bumping into anyone I know, which is quite nice for a change.

Moving away from Luxembourg: The things you miss when you no longer live in the Grand Duchy