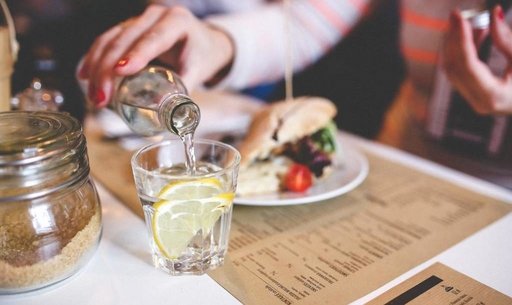 The new "refill Lëtzebuerg" initiative, which seeks to encourage businesses and public places to offer free tap water so that people can refill their water bottles, draws attention to the fact that free tap water remains a bit of a unicorn in Luxembourg. Theoretically possible, but in reality the notion is a bit of a fairytale.

This is not a particularly novel observation – the issue has been discussed time and again, not least on social media. Last year a woman took to Facebook to complain that she had been denied a glass of tap water at an establishment in Luxembourg City despite buying both food and other drinks. Her post, in the group 'Luxembourg Expats', received 62 reactions and 172 comments – the majority of which appeared to be in agreement that free tap water should be a given in bars, pubs, cafes, and restaurants. A similar post appeared on the group in January of this year, when another woman had been denied a glass of tap water for her 7-year-old daughter, despite having already bought her a fizzy drink. This post received 23 reactions and 112 comments, most of which were again in favour of offering free tap water to customers.

Having lived in the UK for over ten years, and in Scandinavia before that, the level of difficulty associated with something as basic as finding an eatery that offers tap water is mindboggling. Being denied water is exceptionally rare in the UK, and all but unheard of in Scandinavia. Similarly, I was served tap water alongside meals and drinks without even asking when on a trip to the US this summer. It seems strange that a country as wealthy and progressive as Luxembourg should be any different. So why is it still the case?

By only offering bottled water, restaurants and similar establishments are essentially creating an artificially inflated cost for a basic necessity which in essence carries no production cost for the establishment. Restaurants often justify not providing free tap water by stating that it is an added cost for them, listing the cost of the water, the ice, and the occasional lemon slice, as well as the cost of service and dishwashing. Other reasons are that tap water represents a missed sale opportunity for them, as by providing tap water they are, in turn, reducing the demand for bottled water, which has a higher price and higher profit margin for them.

In some respects, these are logical reasons to not offer tap water as an option along with mineral water and sparkling water, but to go as far as to simply refuse all requests for a glass of tap water is a policy which has seen its time. Moreover, denying a request as basic as asking for a glass of tap water does carry a cost as well – customers certainly do not enjoy having such basic requests denied, and may feel taken advantage of if forced to pay for bottled water when they would in fact prefer tap. Some customers may opt to refill their water bottles in the restaurant bathroom or such, but the water available there is not always safe (nor pleasant) to drink.

While data for Luxembourg specifically are somewhat difficult to come by, the UK-based market research firm Mintel found that the sale of bottled water in the UK has seen an average annual growth in volume of nearly 8% over the past 4 years. In Luxembourg, Sources Rosport SA recently announced that they sold 5 million bottles in June, and 16-17 million bottles this year thus far. Rosport also noted that they had observed a 27% increase in sales between June 2015 and 2018, with 2018 holding the highest rates they have ever witnessed. The Rosport group make use of both plastic and glass bottles, and they certainly deserve credit for continuously striving to produce bottles both locally and sustainably to the extent possible. However, while one may assume that glass bottles are less harmful to the environment, their production and recycling does still have an environmental impact which cannot be neglected.

Surprisingly, Mintel's findings also suggest that only 29% of UK consumers believe that the consumption of bottled water has a negative impact on the environment. This is rather alarming as it suggests that individuals are not all that aware of the consequences of the choices they make on a daily basis. Recycling is not a carbon-neutral endeavor, nor can 100% of packaging be recycled, which means that consumption of bottled water will inevitably carry with it a long-lasting environmental cost. Glass bottles are, as noted, somewhat better in this regard – not least because they can be reused as well as recycled. However, even reusing bottles means that they have to be transported back to a factory, industrially cleaned, refilled, and transported back to the points of sale. Recycling of glass bottles, meanwhile, requires it to be washed, crushed, and melted.

No two ways about it

There is no denying the fact that consuming bottled water inevitably has a negative impact on the environment at several steps along the production and recycling chain. Nor does it seem to make much sense to deny paying customer something quite so basic as a glass of tap water. At the end of the day, it is up to each and every one of us to implement changes within our own lives, and take on the opportunities to create less waste that are made available to us, such as the Refill Luxembourg initiative. In much the same way it is, at least for the time being, up to each individual establishment to decide whether or not to offer customers the opportunity avoid bottled water, whether for reasons of financial or environmental cost. Either way, it seems an odd and outdated policy to refuse serving tap water.

Eglantine Chahmerian is a Franco-Luxembourgish student at King's College London.