In this week's column, Christelle McKillen explores the things she'd never experienced until she lived in Luxembourg.

*Full disclosure – not all of these points are specific to me but I also consulted my trusty expat network of friends and so here is a consolidated list, below is a fairly balanced list of the good, the bad and the ugly.

1. Met someone Luxembourgish – it seems they are pretty hard to come by outside the boundaries of the Grand Duchy.

2. Heard the same person switch between 4 different languages in the space of one elevator ride.

3. Spent so much time in Christmas Markets until I moved to Lux, more or less unavoidable.

4. Got on a public bus that was completely empty and then remained empty for the duration of the entire journey.

5. Attended so many ‘Expo’ or ‘Bazaar’ events – big gatherings in massive halls are like a very popular thing here…

6. Been refused tap water before moving to Luxembourg.

7. I had never seen so much hype and excitement surrounding a plastic duck race before.

8. Been at a gym with an actual alcohol bar in the middle of it / or seen people having beers immediately after their workout? (FYI: It’s the “Just move” gym for anyone who enjoys a post-spin beverage).

9. Seen so many restaurants/cafes closed at the weekends, it’s almost like they don’t care about making money?

10. I never seen so much cremant being served for free at so many public events which anyone can attend (no complaints here). 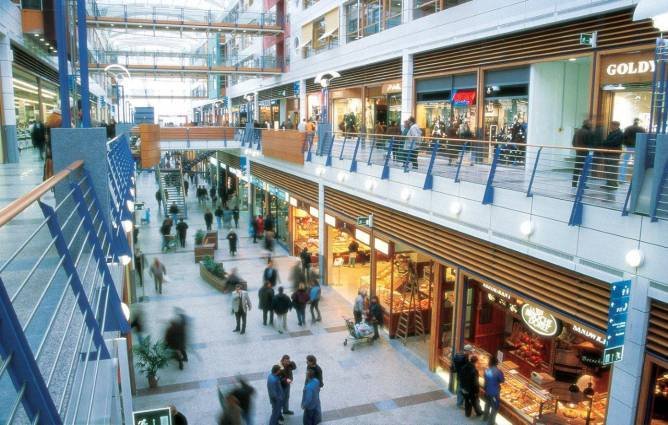 Your first experience of the supermarket Auchan can be quite the surprising one when a staff member whizzes past on roller skates. / © VisitLuxembourg

11. Seen supermarket assistants whizzing around on roller skates before #auchan.

12. Lived with 20 different people in 2 years (the house share market of Luxembourg is basically a revolving door).

14. Seen such a carefree attitude to drink-driving.

15. Lived on such an international street.

16. Been told off for loitering outside my own apartment.

17. Heard the expression ‘TipTop’ used so frequently in actual daily life…that expression was maybe part of the English vernacular circa 1950’s.

18. Spent so much money on Taxis/Haircuts/RENT.

20. Seen a homeless person with a laptop.