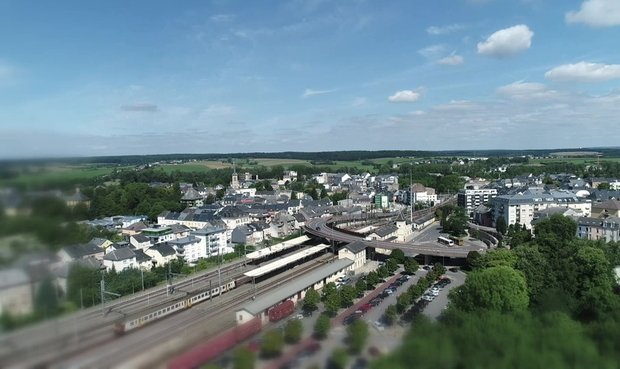 Earlier on Monday morning, RTL Today announced the introduction date of free public transport in Luxembourg. The measure will come into effect on 1 March 2020.

Following the initial announcement, which took place at a press conference on Monday morning, we now have further details on what to expect.

As the first country to introduce free public transport in the whole word, this will cover the entire network. This means that services offered by the CFL, Luxtram, AVL, RGTR, and TICE will all be subsidised.

As for those with annual subscriptions facing renewal after March 2019, they will receive information to ensure they still get the best deal.

Before the official announcement, many interested parties such as trade unions or the opposition parties aired their concerns about two issues in particular: how this would affect cross-border workers and what would happen to first class accommodation.

Anybody wanting to use first-class cabins on a regular basis will still have to pay either annually or monthly.

The annual payment will be €660 and monthly payments would be €75. This will also be the case for cross-border first class passes.

For train journeys, the government will consult with the CFL's counterparts in France, Germany, and Belgium. Following these consultations with the SNCB, DB, and SNCF, the ticket prices for cross-border workers will be reduced considerably.

The same applies to the RGTR's 'RegioZone' tickets, which will also be reduced. The press release stresses that free public transport will not only be a benefit to Luxembourgish residents, but also cross-border workers.

Currently, ticket controllers provide tickets and check passes, as well as keep an eye on security and ensure quality service. The ministry will adapt the roles of personnel and redefine their job purposes, as they will no longer have to hand out tickets.

Additionally, for second class travel, passes will no longer be required but passengers will need to show ID. mKaarts will remain in existence, as they also offer users the opportunity to renew passes such as first class passes, to access bicycles through mBox, and to receive discounts in P&R car parks.

Subsidising public transport will cost the state around €41 million per year.

The ministry still prioritises the need to make public transport more attractive to motorists. Between 2018 and 2023, the government will invest a total of €2.2 billion into the railway network.

Bausch stressed that no other country invests as much as Luxembourg into improving their railway networks.

To add to that, the CFL will spend €400 million on purchasing new material for the railways. This material will be delivered between 2020 and 2023. A further €380 million will be invested in the tram network up until 2023.

As for buses, the entire bus network will be reformed in order to optimise regional bus lines. The bus network reform will also see improvements to Sunday and bank holiday services, as well as night services.

The ministry also has a zero emissions goal by 2030 to introduce electric buses on the bus network.

A task force will work on adapting legislation and focusing on the specific requirements of all the above measures. 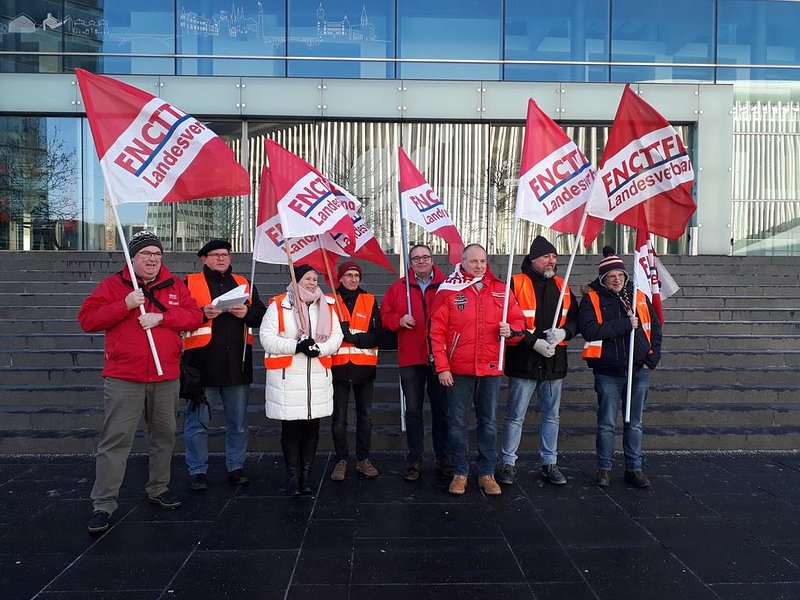 A symbolic protest against free public transport in front of the Ministry of Sustainable Development and Infrastructures. / © Claudia Kollwelter