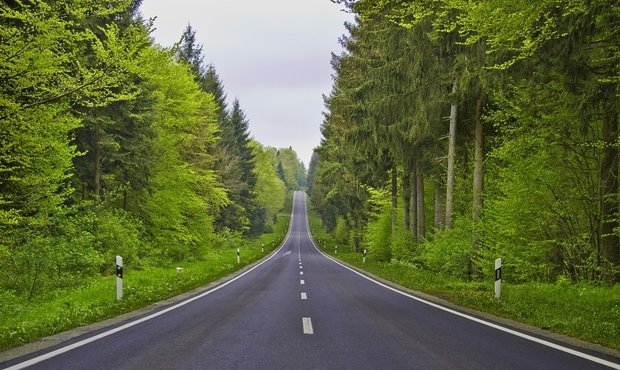 I am secretly hoping no one will notice that this photo wasn't actually taken in Luxembourg. / © Blickpixel, Pixabay

A highly interpretive study of 'distance' as a subjective function of reality suggests that Luxembourg is far bigger than it appears.

While parts of the world refuse to accept the metric system—instead relying on, for instance, measuring distance with their feet and weight by stone, neither of which can really be considered particularly uniform—you would be hard-pressed to argue that it’s not a pretty solid unit of measurement. A metre in New Zealand is exactly the same length as a metre in Denmark, though for all other intents and purposes completely different. Not to mention that one is upside-down. Only a fool would argue otherwise, but argue it I will.

I grew up in Sweden and moved to the UK at 18 years of age. From birth I was told that length and distance must be measured in metres, centimetres, and millimetres. Imagine my surprise when the British insisted instead on using ‘miles’, ‘feet’, and ‘inches’; a collection of measurements so comprehensively illogical it borders on being completely useless. Young and foolhardy, I spent the next ten years vociferously arguing the brilliance of the metric system when anyone asked me “what’s that in feet?”. Like a Mormon on their first mission, I would expound at length the virtues of the millimetre to anyone who would listen. A kilometre is always a kilometre—never more, never less. Your foot, however, is considerably smaller than mine*.

Visiting the Grand Duchy presented another perplexing distance dispute. On my first trip here, I was surprised to hear someone describing Echternach as being ‘far away’ from Luxembourg city - despite the distance between the two only being about 30 kilometres. Having grown up in Sweden, which constitutes a great many more kilometres than does Luxembourg, I had a hearty laugh at Luxembourger's definition of ‘far’. “I am pretty sure,” I said, smug smile slowly spreading across my face, “that I have had to walk further than that to retrieve a stray ball at my sister’s football practice.” I never was one for sport myself, especially football. Too much running around, and apparently there is something called being ‘offside’, which seems needlessly confusing.

With age and moving to Luxembourg I have come to understand that I was wrong. There is, in fact, considerable variation in the length of a kilometre, and by extension (or rather contraction) metres and millimetres. The realisation that kilometres vary in length came when I moved to Lorentzweiler and decided to take French classes (this did not go well) in Ettelbruck, some 20 kilometres away, 3 times a week.

On the face of it this seemed like next to nothing but, as it turns out, a kilometre in Luxembourg is considerably longer than a kilometre in my native Sweden. Fretting over a 20 kilometre commute in Sweden is akin serving meatballs with tomato sauce and pasta; it’s complete nonsense. Yet that’s exactly what I found myself doing. Despite the superior quality of Luxembourg's roads, driving 20 kilometres was torture. I now understand that Luxembourgers consider Echternach to be far from the City not because they are misguided, but because it actually is far.

We know that flies perceive time differently to humans, and our attempts at swatting them with our lumbering hands - quick as we may think we are - is the equivalent to a sloth trying to slap a gazelle. Living in Luxembourg essentially makes us more like flies, in that it fundamentally changes our perception of distance.

As such, I can only conclude that the metric system is flawed. It assumes that an objective measurement of distance is possible, when in fact it’s highly subjective. And with that, I think I must issue a few apologies. To my friends in Britain, I am sorry for not accepting that feet are a perfectly good measurement of distance. They are, but using stones to measure weight is still nonsense. To my fellow Luxembourg residents, I apologise and concede that anything can be and is far away if you think it so.

*Not always the case, but on average this statement is true. I don’t mean to boast here, and am not saying that a bigger foot is a better foot – in fact it’s often quite inconvenient. I can’t buy shoes in Spain because they never have my size. Luckily this is rarely an issue, as I tend to buy my shoes locally. Thanks for asking.