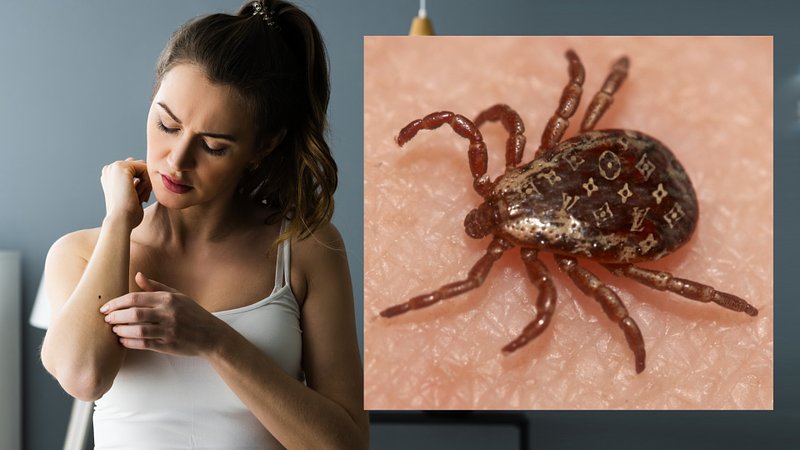 A Luxembourg City woman who found a tick on her arm has decided to leave the little creature after noticing that its scutum resembles the iconic Louis Vuitton monogram.

Isadora Moniz, a former ankle model from Buenos Aires, says she is going to do everything she can to take care of her chic new friend and make sure it remains stuck to her skin as long as possible.

“I’m going to keep this little guy cool and comfortable, and I’m going to avoid eating salt because I don’t want him to dry out,” she said before taking a photo to share on Instagram. “The longer he stays there sucking my blood, the bigger he will get, and the more attention and likes I will receive.”

“Fleas adorned with the Hermes horse and carriage,” said Stefan Laimer, an amateur designer label aficionado who completed two years of university studies in entomology. “David Yurman tapeworms that can be wrapped around the wrist like a bracelet. The possibilities are endless.”

“This appears to be a new species, which we are planning to name Ixodes affluentus,” said Dr. Hazel Shell, an evolutionary biologist from the University of Wiltz who focuses on how urban fauna adapt to wealthy environments. “We can imagine that this specimen evolved to maximize its chances of survival in Luxembourg City and its surroundings.”

“We’ve seen similar ticks in the 16th arrondissement in Paris and in Kensington in London,” she added.