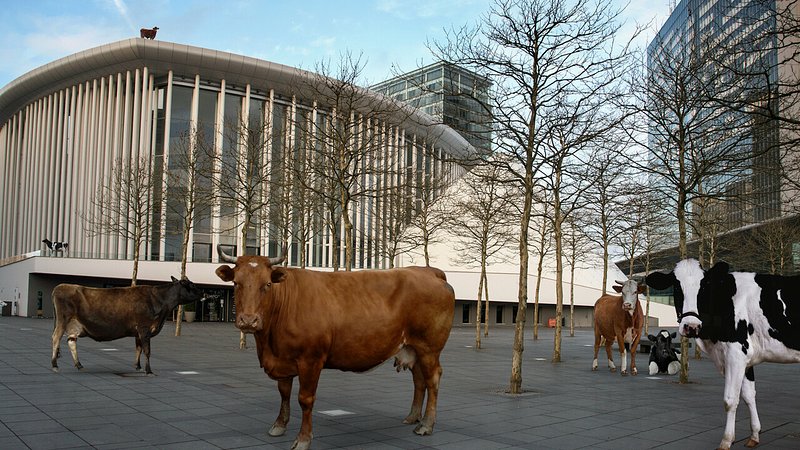 With butchers, restaurateurs, and other natural predators now confined to their homes, hundreds of wild cattle that once freely roamed Luxembourg City have begun to return.

For centuries, cows outnumbered people in this region and, thanks to their larger size, they would simply push over anyone who got in their way, say experts.

“It wasn’t until the 16th or 17th century when a fellow named Jean the Hungry, who was known to be a rascal and an insatiable carnivore, looked at a cow and said yummy,” explained Luxembourg’s bovine historian laureate Pol Kéi. “He went home and invented what today we call a butcher’s knife.”

Kéi says that some cows that were fast enough escaped to what’s now the north of the country, where for centuries they lived alongside northerners in relative equality and freedom.

“However, some wild cows still lived near the city, and there were sightings of wild cows in Kirchberg as late as the 1960s,” Kéi said. “Just before their habitat was destroyed to make room for European civil servants.”

“I guess word got around that it’s safe to come back home now,” he added.

Experts say that wild cows are not the only creatures likely to make a return now that the ecosystem has been disrupted. Because the number of people wearing suits has also plummeted, experts say we might see a return of the Bohemian artist types that were last spotted in Luxembourg City in the early 1990s.