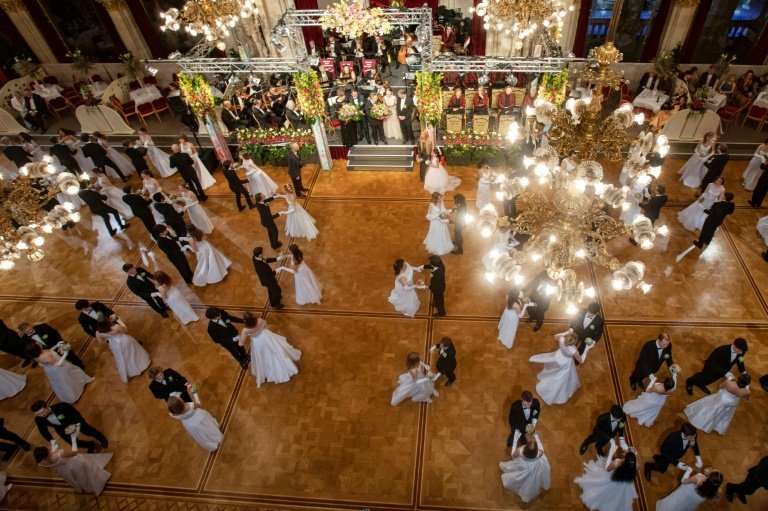 After Covid restrictions had wiped out Vienna's glamorous winter ball season for two years in a row, 50-year-old Wahyuni couldn't wait any longer to get all dolled up and put on her dazzling floral-patterned ballgown to once again waltz the night away.

"We love to come here, because the very nice decorations are made out of real flowers and it's very lovely," Wahyuni said, alongside her friend Deasy, who declined to give their full names, as both were attending the legendary Flower Ball in Vienna's neo-Gothic city hall.

Admiring the riot of colours, 46-year-old Deasy, who originally hails from Indonesia, said that she had already been here a few years ago and "had to come back".

Known for being one of the most beautifully decorated winter balls among the approximately 450 hosted in the Austrian capital each season, the Flower Ball showcases mesmerising floral arrangements skillfully crafted out of 100,000 blossoms.

Donning snow-white dresses and classy black evening suits, four first-time debutants said they were "quite nervous" about opening the ball.

"I think it is so beautifully decorated, and that makes me super happy," 18-year-old Eduard Wernisch said. 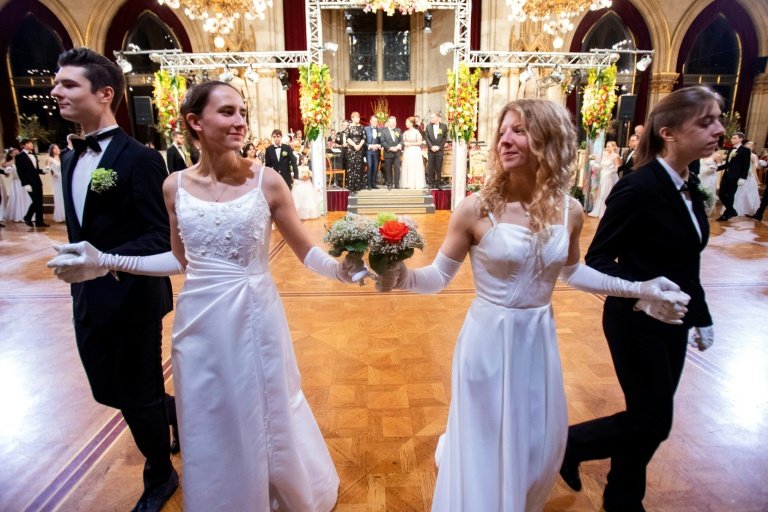 The self-described "rookies" said they had attended dance classes for a couple of hours every week since September to be prepared.

The rhythm of the waltz can be tricky and 17-year-old classmate Emma said she was particularly afraid of dropping her flower bouquet.

"People come here with the expectation of experiencing spring" as opposed to the grey, foggy winters so prevalent in Vienna, Peter Hucik, art director of the Flower Ball told AFP.

Even though the ball is not sold out, Hucik said he is pleased that 2,400 visitors are attending Friday's ball, kicking off the season as one of Vienna's first big balls.

The Covid-related shutdown of Vienna's famous ball season had caused the city to lose at least 152 million euros ($164 million) in revenue per year. 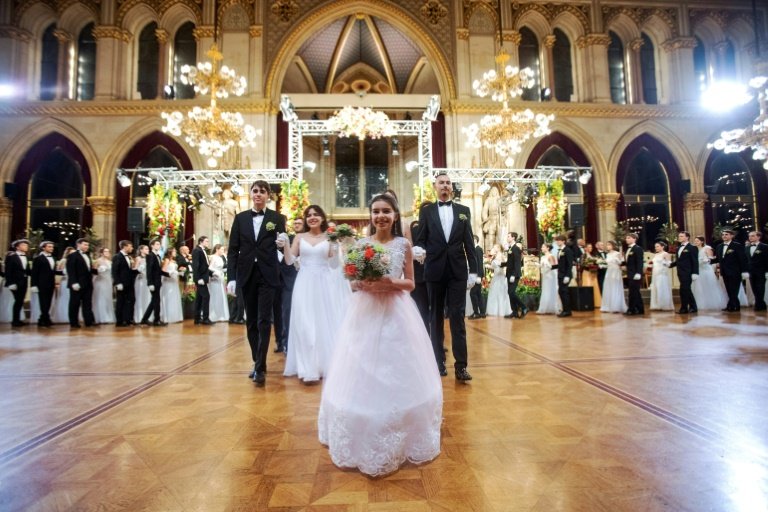 The tradition dates back to the 18th century, when the balls of the Habsburg royal court ceased to be reserved for the aristocracy alone / © AFP

This season, however, appeared to be on track to become one of Vienna's most successful ever recorded.

"The season is making a roaring comeback," Markus Griessler, chairman of the tourism and leisure division of the Vienna Chamber of Commerce, said.

Griessler said he expects the city to rake in "170 million" euros this season.

"Every third Viennese aged 15 and older is planning to attend a ball this year," compared to only one in four in 2019, he added, noting that "550,000 sold tickets" are within reach.

About one tenth of the ballgoers each year come especially from abroad. On average every ballgoer spends around 320 euros per ball.

- Too close for comfort -

There are "exciting parallels" between Vienna's ball season and travelling in general, Norbert Kettner, director of the city's tourist office told AFP, when asked about why balls remained a top priority.

"Clearly, people insist on travelling and dancing," said Kettner while emphasising the city's age-old tradition of hosting such events. 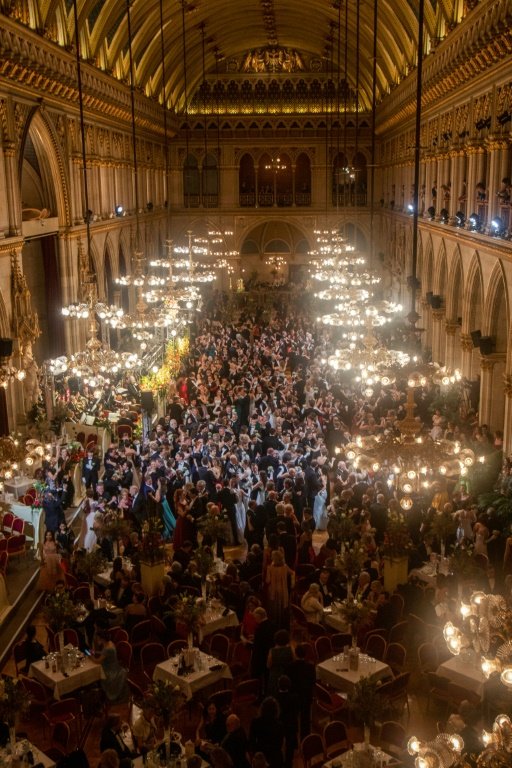 The tradition dates back to the 18th century, when the balls of the Habsburg royal court ceased to be reserved for the aristocracy alone.

The Viennese began adopting court customs for their own soirees, soon launching balls dedicated to hunters, cafe owners and florists.

The Viennese used the opportunity to approach the opposite sex, lavishly wine, dine, spy and dance.

"The Viennese ball season and the waltz had always been a thorn in the side of the Catholic Church," Kettner said, because "waltzing was too close for comfort".

Therefore the famous ball season "loosely follows the Christian calendar and wraps up before Ash Wednesday," he added.

Thousands will earn their living in the flourishing sector, from hotels and restaurants to fashioning evening wear and hairdressing.

All businesses were as excited as the revellers to gear up and make this season a success.