Francis of Delirium first stepped (or, crashed, really) into the scene at Rockhal's Screaming Fields Festival in 2019, adding a breath of fresh air to Luxembourg's grunge scene with a phenomenal performance and great songs.

Since then, the duo have been playing shows outside of Luxembourg, signed to Dalliance Recordings in the UK, and jumped onboard the Music:LX train. RTL Today met up with Jana Bahrich (one half of FoD, the other being multi-instrumentalist Chris Hewett), to chat about her style of music, creating DIY video projects, and her upcoming EP.

So Jana, are you a rebel kid at home or the sweet and quiet one?

I feel relatively in-between, not super rebellious, not super quiet. I’ve been spending most of my time this past year just focused on music so haven’t had much time to be very rebellious.

What's the story behind Ashamed, your latest single? Is it a reflection of your life?

Ashamed is about navigating how much of yourself you should be giving out to other people and then second guessing yourself, feeling like what you are giving out isn’t enough, feeling inadequate, being ashamed of that.

I think everything I write tends to reflect my life in some way whether it’s conscious or not. Sometimes you don’t realise it ‘till later.

You're getting incredible media attention across the globe from various media channels (Line Of Best Fit, Earmilk etc.) - have you heard from people in different parts of the world about your music that you would not expect to at first?

Yeah it was actually kind of crazy because I have a friend that used to live in Nepal and one day she was on Instagram and saw someone that she went to school with in Nepal posted a story recommending Quit Fucking Around, my last single, and the girl who posted the story had no idea who I was or that my friend knew me so that was cool.

Ashamed is accompanied by a cool, out-of-the-box stop motion video. What was its creation process like? I presume it took you  several hundred (if not thousand) individual shots.

Yeah it was completely DIY. My mom took the pictures and we did it over the course of a month right as quarantine started. We aimed to get 10 seconds worth of pictures each day but it can get a little exhausting. Then I edited it, which didn’t take too long since the stop motion felt like it said a lot of what I wanted already. I want to say it was over a thousand but I can’t be sure, I had to import everything into Imovie, render the footage and then bring it into Premiere Pro because otherwise my computer just could not handle the amount of images it had to process in Premiere.

Does Luxembourg have a good scene for 90s grunge? Are there markets where you feel like your music could do really well and can get a foot in the door, such as the UK where you are also signed?

There definitely aren’t a lot of grunge bands, I can only think of Only 2 Sticks off the top of my head, but Luxembourg can be great since we have De Gudde Wellen and Rotondes which are both incredible indie venues that book really good bands, and a lot of the time those bands don’t bring support bands so it gives us smaller bands a chance to play with bands that if we were in the UK or other more competitive markets we’d never get to play with at our size.

We’re very much influenced by bands that are or were based in North America and that’s where the majority of our listeners are so it would be cool to play some shows over in the US and Canada.

Speaking of export, are you planning things with Music:LX?

Yes, Music:LX has been insanely helpful and kind, so they’ve been helping with the promotion of our EP and we were planning on having a small tour in October in Germany, but who knows if that will happen right now.

How does it feel to be a musician during this health crisis?

It definitely sucks, I try to stay off Twitter because that’s just a dark hole that makes everything worse, but ultimately I’m so insanely lucky because I can focus on writing music right now and not have to worry about anything else so I feel incredibly grateful. 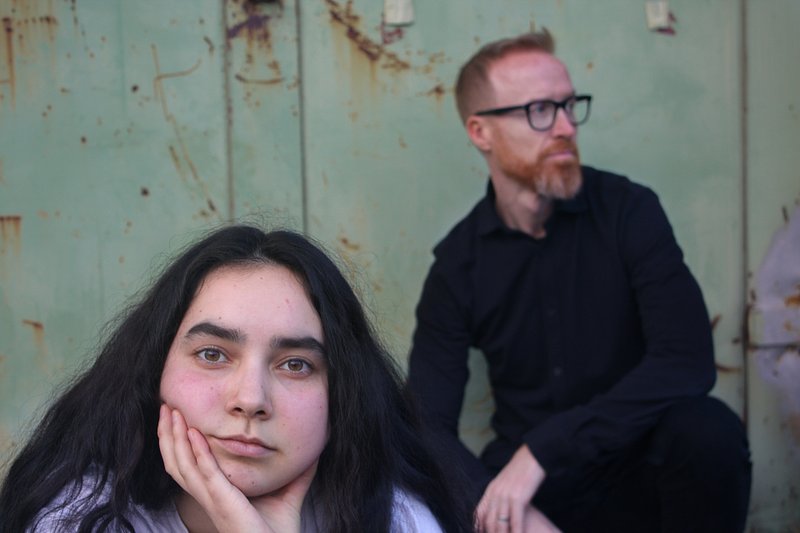 Your EP is coming out June 19th. What can we expect on it, and where does your career path lead in the months following that?

You can expect more DIY rock. I tried to be really intentional with the EP order to reflect the ups and downs of trying to get out of negative habits. Hopefully that translates and people can relate and feel connected to that struggle. Ideally we would be playing shows in the next few months, but otherwise you can expect more music, we’ve been working on recording during the quarantine, so we’re looking to continue creating.

Any suggestions of music we should be listening to in quarantine?

This is a tough one, I’ve been getting myself to wake up earlier in order to listen to albums all the way through from start to end because I generally only listen to playlists, so a few of my favourite albums from doing that so far are:

FoD were also one of our Livestreamers during lockdown, check out Jana's lo-fi set here.