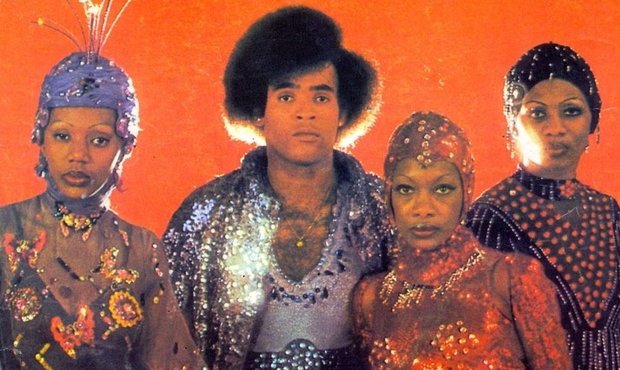 A cropped image of the single artwork for 'Rasputin'.

Hello and welcome to a new tentative series exploring songs and the historical roots that lay behind them...stories behind the songs!

I may sound like an over-enthusiastic history teacher but hear me out: have you ever wondered about the subjects of some songs? Pondered how factual the songs are? Well, if you’re a music and history nerd like me, hopefully you’ll enjoy this series.

I will be attempting some musical analysis in the series too, but the main thrust is to look at the historical background of the central figure of the song. Some of the songs featured in this series will be more narrative in nature, others will compare the artist’s situation to the historical person (or event!) in question, so the format may vary from week to week. 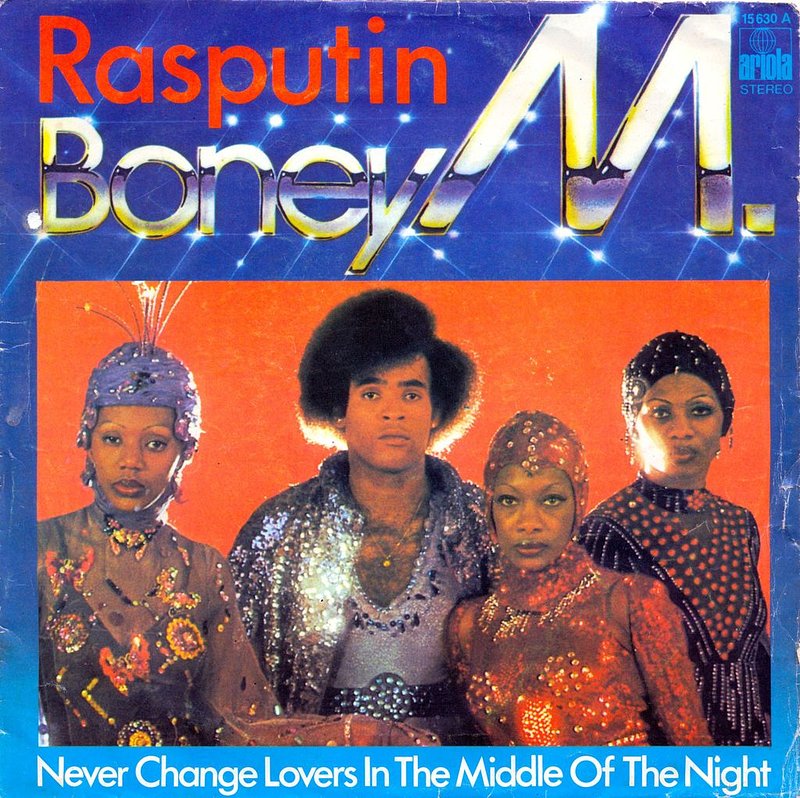 So, for this first week, we’ll take a trip back to the 70s…and the early twentieth century. That’s right, today we will have a look at “Russia’s greatest love machine”: Rasputin by Boney M.

Boney M’s disco hit chronicles the rise and fall of Grigori Rasputin, the Russian mystic close to the family of Tsar Nicholas II, in the space of just under four minutes. Naturally, the depiction of Rasputin is far more sensational than the actual tale, which is still rather extraordinary.

The extended drums and clapping of the introduction dramatically sets up the wild sensational tale that the song tells, almost like a particularly intriguing folk tale. As the balalaika joins the drums and clapping, it then quickly gives way to the bass in a slightly different key. At this point, the song surges into the present (well, of 1978) and becomes a disco anthem  - with a twist.

The song presents Rasputin as, well, Russia’s greatest love machine. But how? It plays on the exoticism of the mystic with the use of the balalaika to give the disco song a folksy vibe  and draw the listener in. The stripped-down drums alongside the chanting also seem reminiscent of a mob. 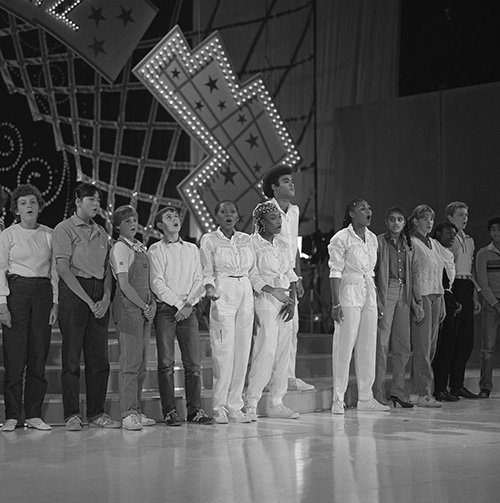 The song plays on a dual interpretation of Rasputin: the raspy vocals of Frank Farian, the German producer who put the band together, and the chorus of women singing the rest of the song. This serves to depict the dangerous nature of Rasputin (“Most people looked at him with terror and with fear”) alongside the women’s defence of the mystic:

“But to Moscow chicks he was such a lovely dear

Full of ecstasy and fire

But he also was the kind of teacher

The song uses the rumours surrounding Rasputin as the facts of his story: not only was he (according to rumour) the lover of Empress Alexandra (“Lover of the Russian Queen”) and a keen political manipulator (“He ruled the Russian land and never mind the Tsar”).  However, the turning point in Rasputin’s success occurs after the second chorus in the song, when an interlude narrates the population’s dissatisfaction with the mystic:

“But when his drinking and lusting

And his hunger for power

The demands to do something

About this outrageous man

The final verse and chorus of the song  detail Rasputin’s downfall in the multiple assassination attempts. Rasputin survived the poisoned wine but even he was not impervious to the bullets of a pistol (“They didn't quit, they wanted his head

And so they shot him till he was dead”).

Rasputin, the man and legend?

Unfortunately, both the space I have and my knowledge of 20th century Russia are too lacking for me to go into full detail on Rasputin’s biography. As a result, I’ll examine a few elements from the song and debunk them, if required. 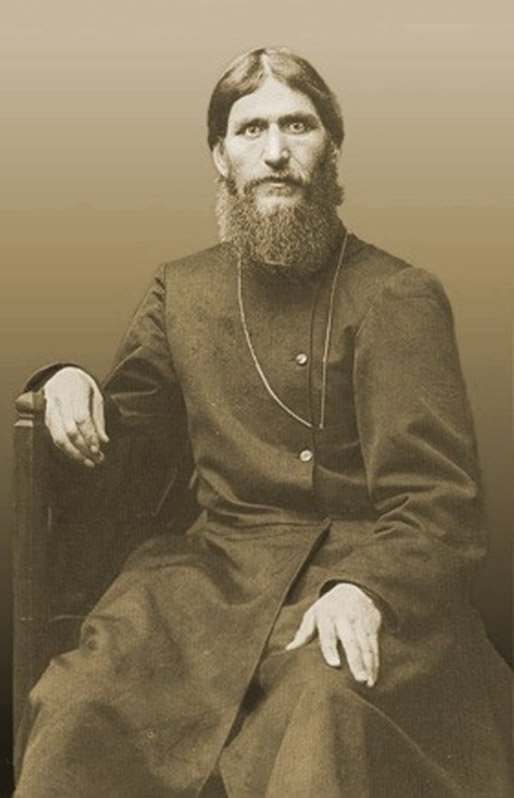 There is some truth to the song, such as the fact that the general dislike of him and distrust of his purported influence over the Tsar’s family ultimately led to his downfall. On 30 December 1916 (Old-style 17 December), a group of nobles led by the husband of the Tsar’s niece, Prince Felix Yusupov, did indeed finally kill Rasputin. The given version of Rasputin’s death derives from Yusupov’s memoirs, in which he explains having given the mystic tea and cakes laced with cyanide – to no avail. How Rasputin survived the poison, historians do not know.

The influence Rasputin had on Empress Alexandra was certainly considerable, but the implication that he was her lover is one founded on rumours only. In truth, what we know is that the empress had a concern which may have made her prone to influence. The empress was the granddaughter of Queen Victoria, who, amongst other things, is known as the most famous royal carrier haemophilia. Haemophilia prevents the body from making blood clots, which makes a mere paper cut potentially fatal for carriers, and crucially only affects males. Alexandra’s son, the tsarevich and heir apparent Alexei, suffered from haemophilia, and after consulting doctors, the empress put her faith in Rasputin that he could heal her son. 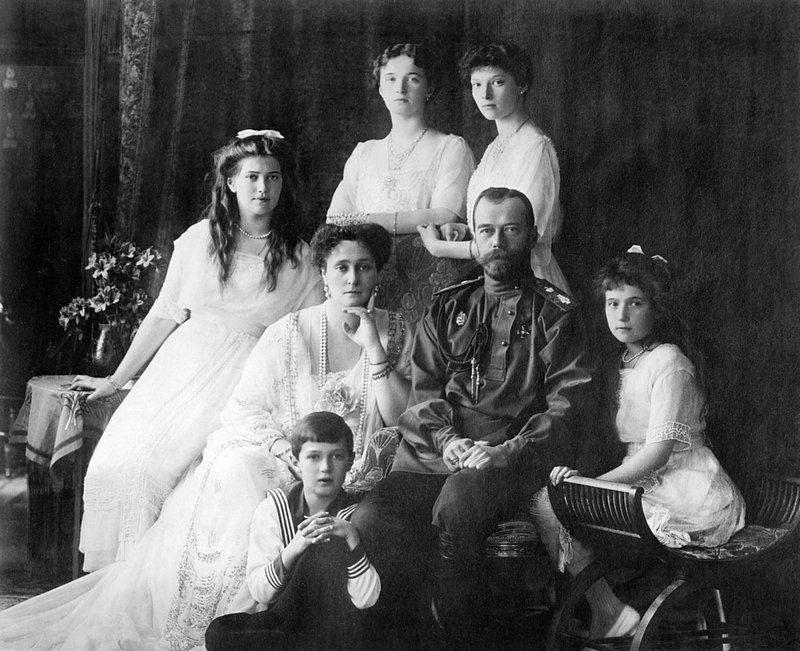 The increasing dependence on Rasputin did not help his reputation in a time where many in St Petersburg regarded him with distrust for being a heretic, especially as he was dogged by rumours from his Siberian hometown. Some attribute the downfall of the Romanov monarchy to Rasputin, but it is perhaps a bit simplistic to claim that one man (not even including Lenin) was responsible for the Russian Revolution. His influence over the royal family certainly may have had an effect on the public perception of the Tsar and his family, but it cannot alone be considered the cause of their downfall.

Regardless, his tale is a compelling one in the history of individuals. It may be that it is much-exaggerated, but for the purpose of a song based on a historical figure, it does the trick and incites the listener to explore the story behind the song more.

Nathalie Lodhi is a translator and editor for RTL Today and has an avid interest in music and history, although her topic of choice is usually Zimbabwean politics.