Amazon throws a bunch of money at blockbuster sci-fi, hoping some of it will stick!

It's no secret that the film industry has been shook up by streaming.

Just the most cursory of glances will reveal how saturated the market has become. As such it has become incredibly difficult to get well-made films into the houses of the majority. This is in part why the schedules and algorithms are full of remakes, sequels, franchises and bland action movies.

Yes, there are places where daring and different films can be placed, and indeed found. It's just that they are unlikely to appear at the top of your suggested features.

So why then have this as Film Of The Week? Well, it's just about family-friendly (for the over-12s at least), it is fun and knockabout time-being, alien-Armageddon mayhem.

So, in a week when Marvel/Disney ready up Black Widow for cross-platform release, Amazon are backing this loud and incredibly silly Chris Pratt-fronted popcorn crowd-pleaser.

Pratt’s Dan Forester is a mild-mannered high school science teacher and, as luck would have it, an Iraq war veteran. 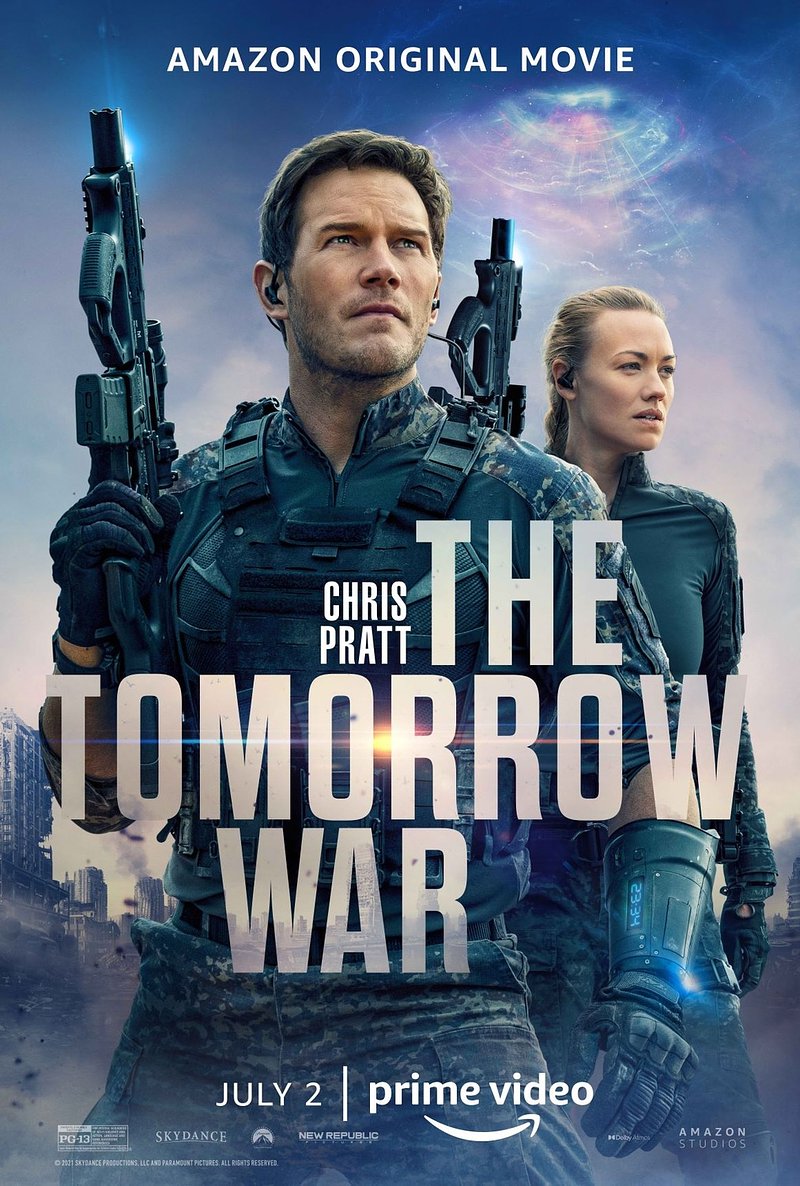 The White Spikes are the big bad threat and the reason the future army chiefs are zapping past recruits to the future to stop a war from happening which would mean the zapping could not take place... it's the John Connor, Kyle Reece continuum again.

The new recruits are put through a boot camp and dumped on the frontline to stop the alien foe. Most are informed that their lives are vital to securing the future of humankind, and even if they die in the new 'today' they were not long for the old earth anyway.

Pratt is a likeable lead, of course he is, that's his MO, but the dialogue is clunky, predictable and sometimes downright embarrassing. "I am meant to do something special with my life,” Forester says at the start of the film, and your sigh may be so large you never quite recover. Which would be a shame, as the serviceable action sequences are diverting if not breaking new ground and despite those odd missteps, director Chris McKay (Lego Batman Movie) is having a ball.

Among the 'other soldiers' in Forester's troop are the nervous tech nerd Charlie (Sam Richardson familiar to fans of “Veep”) and the wisecracking weirdo Norah (Mary Lynn Rajskub) though there's little character development to be seen in anyone but J.K. Simmonds 'prison bod' physique.

The Tomorrow War is also at least 20 minutes too long and most post beats revealed in the trailer, which if you have not already seen above...it's there.

In essence, Amazon's latest stab at the big leagues is a so-so, more of the same, weekend filler. It would most probably be better enjoyed in a packed cinema hall, but the days are what they are now.

For now, and perhaps the future.

The Tomorrow War is available to stream now with an Amazon Prime Subscription.