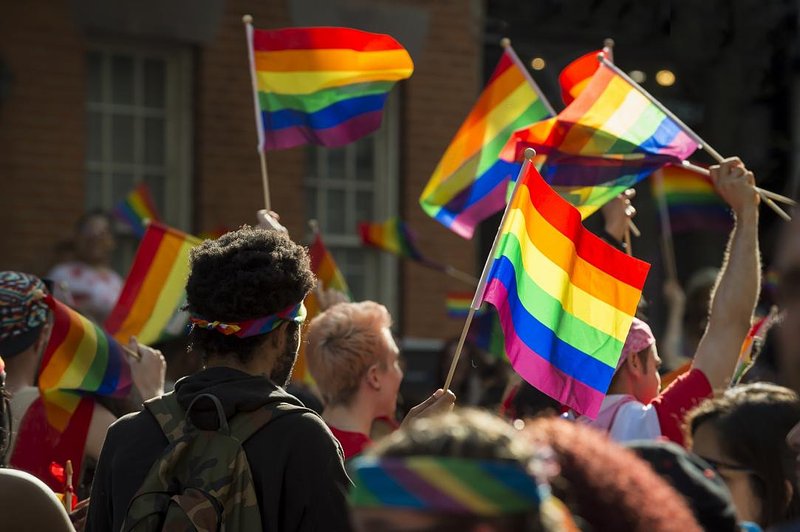 Queer people are often expected to share their journey with others. But just because we're not straight doesn't mean we have to explain ourselves. It's good to remember this can be a sensitive subject.

Queer people are often viewed as a group that opposes mainstream heteronormativity. It is still generally accepted that it is normal to be straight and slightly less normal to be gay. It’s okay to be gay, just not the default. And even if it’s accepted and tolerated it’s still viewed as something eccentric and out of the ordinary. As a result, if you’re not straight you always have to either explain yourself to others or hide a part of yourself to avoid awkward and unwanted conversations.

The thing is, in today’s economy if someone isn’t hostile or aggressive towards you about being queer it’s already kind of good. As queer people, we’re conditioned to think that we need other people’s acceptance, that we need exterior validation for our existence. Along with other factors, our internalised homophobia heavily contributes to keeping us away from recognising our personal power and our unique value, which makes us believe we actually deserve less than “normal” (straight) people. Hence, even when someone is painfully ignorant about queer culture, we still let things slide as long as we’re not being directly harassed. And if someone goes as far as being nice about it and tries to understand you, it’s already pretty amazing.

Some of us don’t feel like discussing our sexuality, we don’t consider it something exotic.

We’re tired of people asking questions in an attempt to expand their own self-actualisation. You can google it, you don’t have to ask me questions as if my sexuality made me a professor in queer theory. I’m just a simple little person, trying to live my life. I may feel at times like talking about the journey I went through with my sexuality but it is a private subject after all. So perhaps if me dating a girl comes up at the dinner table on a Friday night, this isn’t an opportunity for a lecture. And not because I’m hiding it or I’m embarrassed about it - I just don’t feel obliged to share my story right now.

This isn’t necessarily only the case with straight people - queer people can be guilty of this too. Sometimes we can’t read the room and we ask things that trigger others or that they find inappropriate. Then we double down and instead of apologising we get upset with them. It’s always better to say sorry in situations like this and be more careful next time you decide to ask someone about their private life. You’re not entitled to know anything about other people and if what you say makes them uncomfortable it’s better to honour their feelings than to honour your own opinions.

It doesn’t matter whether you’re “right” or “wrong”, whether your reasoning is rational or whether your intention is good. Sexuality is something personal and it’s unique for each and every one of us. We can’t begin to imagine how hard, complex, personal and/or traumatising someone’s relationship with it can be, so we ought to relate to others with the necessary humility and respect.

With that being said, I don’t think it’s bad to ask your queer friends about their sexuality and point of view. I think many of us want to have this conversation and are happy that others ask us about it. But we all need to remember that this is not a given and that queer people don’t owe you an explanation just because they’re queer.

I’m a queer, non-binary person myself and it took me quite some time to gain a clearer understanding of my sexuality and my gender identity. The fact that I don’t want to specify my sexuality too much and that I regard it as fluid can trigger some people and they can feel like what I’m saying is too far-fetched, too weird, too inconclusive for them.

It’s nice when someone asks me questions about my sexual orientation in a kind, genuine and non-intrusive way. I’m a firm believer that if I witnessed white straight males in their 20s managing this, you can too! Sadly, a fair amount of people don’t come across that way and instead, it feels like some sort of comparison, a demand, a pick-and-choose from the options that are given to me. Even if my own options aren’t included in theirs.

That’s the thing. It’s often a closed question, not an open one. Are you gay or are you straight? Well, I’m neither. And you know what I’m also not? Interested in picking from your binary options when you ask me about my sexuality. For some people, it’s hard to understand that it’s not one or the other, that something exists outside of their perception of sexuality.

We take it as a given to be straight, as the “normal” thing.

I don’t blame anyone for any of this personally as I deeply believe that it is the widely projected heteronormative conditioning that pushes us to react in an awkward or ignorant manner. We take it as a given to be straight, as the “normal” thing. And when we start to get out of that heteronormative way of thinking, in turn, we often still apply it to look at being gay. It’s hard for some of us to comprehend that there’s even more out there and we can feel discouraged like we have to do even more mental and emotional gymnastics. Our collective paradigm has not shifted enough for us to be naturally mindful of this, we’re too primitive for that as a society just yet. And until the queer theory has a proper space within mass education, it will be hard to make that happen.

A lot of queer people don’t feel like they belong to one single thing. Their way of living defies the current norms and some of us just don’t feel like we can be put into one conceptual box for others to feel comfortable. Some of us are just more ambiguous, more fluid. We find ourselves in between the existing states and terms coined by previous generations as one thing or another. Our mere existence is a form of rebellion against what has been and results in trail-blazing for new states and terms (or their lack) to exist for future generations.

So if you’re curious, just be nice, be careful - you don’t know what people went through to be who they are today. Test your ground a little, don’t be too pressed and keep in mind you’re the one trying to find something out - nobody owes you a reply.