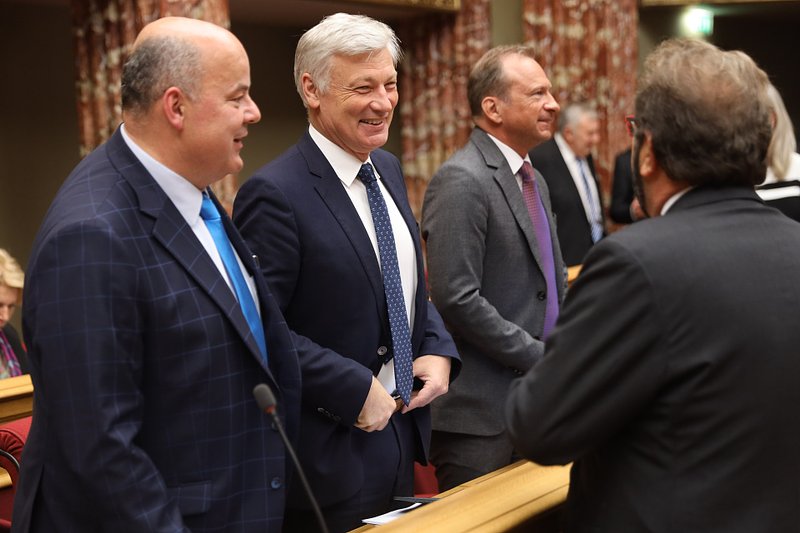 I still remember the first time being exposed to a campaign ad from a political party here in Luxembourg.

Though it is hard to say exactly how old I was (must have been in the early 2000s), I recall being in the cinema with my family and that before our chosen movie started, there was a commercial telling people to vote for the Christian Social People's Party (CSV) in the upcoming elections. "Jonker wiele Juncker" (Young people vote for Juncker) was the slogan used at the time. Rather catchy and smartly placed as well to be honest.

Although CSV ruled the Grand Duchy without much competition until I was 19, today it seems like little is left of their former dominance and wit. The party struggles with a slow yet steady decrease in popularity and recent polls indicate that their chances of regaining power are becoming ever smaller.

Is it actually that surprising that the relevance of the party is fading? "Christian", not exactly speaking to many people these days. In terms of values, society may still hold some Christian ones, but it seems clear that these are mostly those that you can also attribute to common sense rather than faith. Because at the same time, other values have unquestionably been dropped. Forgive others who have wronged you, yes, repress and punish homosexuality, not so much. In the fight for popularity, CSV's primary title is certainly not their strongest asset.

"Social", now that is something that people can relate to! However, CSV is not the frontrunner in terms of social policies here in Luxembourg. When it comes to "People", CSV's elected officials also seem like a long way from reflecting the diverse population that Luxembourg has developed in recent decades.

What about the "Party" part then? Yes, they are in fact a party, but one that has unfortunately become known for throwing its very own under the bus for daring to consider new avenues for the fraction. Whoever concocted the genius plan to smear and charge former party president Frank Engel mainly achieved a messy news year for CSV and a further decrease in popularity.

CSV have tried adjusting to life in opposition over the past two legislative periods, but they never really got the hang of it. The Pirate Party tends to steal the show anyways, which often seems to leave them with nothing much to do other than oppose the government just for the sake of it.

Claude Wiseler remains at the top and has become the personification of this aimlessness. Leader due to a lack of better alternatives as well as a lack of courage to really start over with a fresh face, the politician will have to step up for a fight he already lost once. And at the moment, there is little indication that next time will be any different.

Off to new ventures

In the meantime, Frank Engel continues his political recovery and, having been acquitted on all accounts, he is now about to launch a new party. With Marc Ruppert, former secretary general of the Democratic Party (DP), he has already found his first recruit with experience in domestic politics.

Although CSV's treatment of their former president resulted in a loss of popularity for them and an increase in sympathies for him, it will be interesting to see if that eventually translates into votes once Engel's new party enters the spectrum. There is little doubt however that it will end up costing CSV votes and thus push them down even further.

At the moment, it looks as though the 2023 elections provide the last conceivable opportunity for a return to government if CSV's remaining momentum keeps fading. They would have to find coalition partners to do so, however, and the number of potential allies could not be more limited.

In the last elections, Wiseler still declared the Alternative Democratic Reform Party (ADR) as not being an option due to the number of fundamental differences between them. One has to wonder if they maintain this position in a year's time if their rates keep dropping and ADR keeps getting stronger.

What expects CSV if they fail to make use of this seemingly final chance? Only a downward spiral away from former glory.