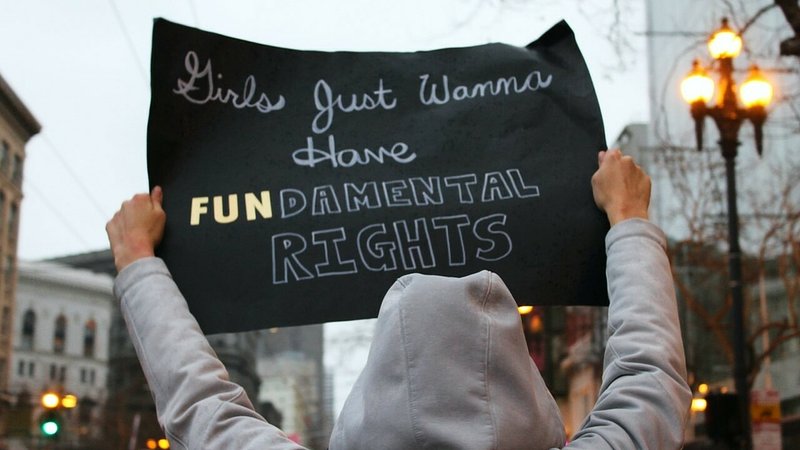 It’s been a month since the news broke about Sarah Everard, a 33-year-old marketing executive who was kidnapped in South London on her way home. Her body was found on 9th March. The main suspect: a policeman who’s currently still in pending investigation. Plastered alongside the remaining “Missing” leaflets around London, there was another leaflet: “we could all be Sarah”.

Sadly enough, Sarah Everard is still no singular case, even though she did everything we as women are told to do: she walked on the main road past multiple CCTVs, she wasn’t wearing anything “provocative”, she called her boyfriend and talked to him on the phone while walking home. And despite everything, none of those “preventive measures” saved her in the end.

Even though I never really wanted to believe or talk about it, Sarah’s case shows once again that there’s no way of denying women’s conflicted position in today’s world.

Personally, I grew up in a very fortunate position where I rarely encountered issues or professional disadvantages that were related to the gender I identify as. As such, I have to admit that I often fell into the trap of feeling safe which led to a lot of questioning and - I admit - even internal eye-rolling when listening to the speeches and messages of modern feminists. Judging by the amount of times I’ve heard people say that feminism is overrated, unnecessary in today’s society and has had its day, shows that I’m not the only one in this position. And yet, when the news of Sarah Everard broke, it felt like a slap in the face. So, here we are, talking about yet another woman who disappeared into the abyss.

Per definition, feminism is the combat for gender equality.

I realise that feminism is oftentimes associated or used as a synonym for man-hating, which partly explains the recurring reactions to feminism. The problem is that many seem to forget what the movement is really about. Per definition, feminism is the combat for gender equality. Over the course of time, it has taken different faces with each new wave focusing on another cause-slash-problem area, be that political, social or economic. And while at times it may seem unnecessary, especially to people who are in a fortunate position, I think we can all agree that Sarah’s case is a prime example that the fight for gender equality is not over yet.

Read also: 6 feminist books everyone should read at least once in their life

Statistically speaking, there’s already been a huge improvement worldwide when it comes to gender parity with 101 out of the 149 listed countries in the World Economic Forum having improved their score between 2019 and 2020. And yet, ‘there are 72 countries where women are barred from opening bank accounts or obtaining credit’, and according to the WEForum, it will take Western Europe about 54 years to attain complete gender parity - and that’s the quickest on the list.

I get where the negative stereotypes around feminism come from but at the same time, don’t you think that it’s hallucinating to what extent we’re celebrating things that should be normal by now, like women holding positions of power in politics, business and co? We’re celebrating those women not just for their achievements but also because sadly, they’re still exceptions to the rule.

While I may not approve of everything feminists are doing nowadays, I appreciate the work they put into what seems like a never-ending combat. Because if we’re being honest, almost every woman in today’s society has been disadvantaged or lived through situations of being sexualised and scared because of their gender. For instance, UN Women UK recently released a statistic saying that 97% of women in the UK, aged 18 to 24, have been sexually harassed at one point in their life. 97%. Can we let that sink in for a second, please?

And even if you’re among the lucky 3% that hasn’t lived through any personal or professional disadvantage, do you consider it normal that your Instagram is regularly filled with “missing person” posts of young women who disappear in bright daylight? Or that your iPhone has an “Emergency SOS” function so that in case of disappearing, someone might find you? I don’t know about you, but personally, I’m tired of turning around in regular intervals on my way home - you know, just to check if I’m not being followed - and I’m tired of having to send reassuring text messages to my friends because they’re scared that something might happen to me on my 500-meter-walk home. Tired of being catcalled during day and running from my bus stop home at night, hands gripped around my keys in case of an emergency. Tired of being ‘accidentally’ touched in public places, tired of worrying what I can and cannot wear to not appear ‘provocative’, ‘vulgar’, ‘too exposing’.

Women are no one’s property and that consent is indeed a black-and-white matter.

I saw an Instagram Story the other day which recommended to parents to ‘protect their daughters’. The thing is, we’ve tried that and, as Sarah Everard’s case shows once again, it doesn’t work. Because, even though, many people, no matter their gender, seem to have understood the concept of consent, boundaries and respect, ‘many people’ is still not enough. So here’s another suggestion. Instead of teaching your daughters how to dress appropriately and protect themselves in case they’re being harassed, let’s try to educate our sons and those men that still haven’t understood that women are no one’s property and that consent is indeed a black-and-white matter, no matter the ‘vibes’ you think you’re getting.