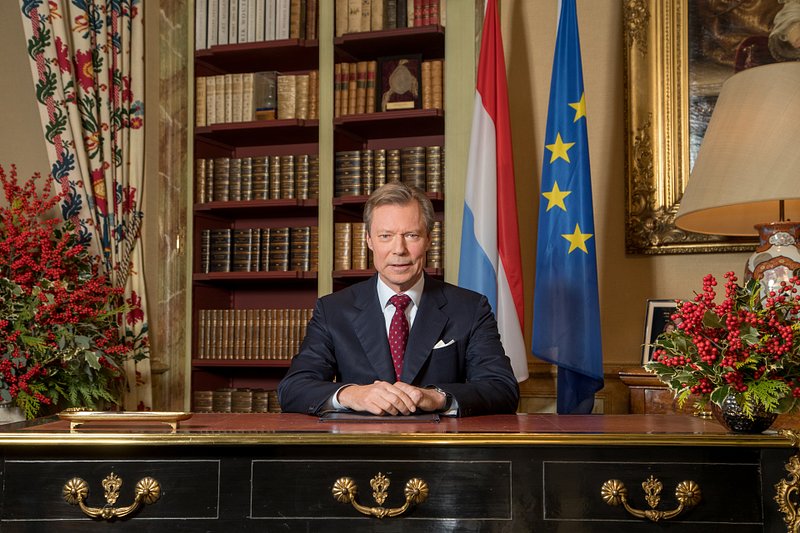 The monarch's trip to southern France during stay-at-home orders was far outside the scope of reality, writes Josh Oudendijk. But not everyone voiced their concerns as much as they could have. The Grand Duke, meanwhile, should have apologised.

The Dutch monarch's trip in October to his Greek holiday home was short-lived. While the government plane was still en route to southern Europe from Amsterdam, press and politicians at home became aware of the royal family's plans, causing uproar in parliament and putting pressure on the PM as to why he had allowed such a journey during lockdown. The next day the King was summoned back home on a scheduled KLM flight, bags never unpacked.

Maybe Grand Duke Henri should have done the same.

Last week it was reported by Radio 100,7 that Grand Duke Henri and Grand Duchess Maria Teresa spent their Christmas days at their holiday home in Biarritz, a French coastal town the couple frequently retreats to. Luxembourg and France were both under strict lockdown, advising against all but essential travel.

The holiday was defended by the court's media team as a perfectly legal trip that took into account all current coronavirus restrictions. Luxembourg's new restrictions were even signed by the Grand Duke from the comfort of Biarritz on 24 December, the document showed.

It is not so much the legality of the trip that annoyed the public, but the irresponsibility of jetting off to a holiday home while other "common folk" are confined to their homes, as some of the comments below our RTL article read.

There is truth in these comments. For nearly a year now the Luxembourgish people have been confined to their homes, in and out of harsh lockdowns, with expats cancelling Easter, summer and Christmas family visits only having to spend them alone. Frontline workers have been grinding through exhausting day and night shifts to keep our country up and running. Most have respected restricted freedoms, obeying the law and staying alone, at home, for the greater good. The least you could expect from the monarchy is to follow the law.

It takes courage for a Prime Minister to denounce the actions of a head of state, and Bettel is a down-to-earth individual who expresses his thoughts clearly and honestly. His comments defending the Duke's actions, then, came as a big surprise: "If the Grand Duke is alone with his wife in Biarritz, I don't see any problem."

I would have wanted to see Bettel step up his game and criticise the Grand Duke's getaway. Not only would it have sent a message of equality amongst all citizens, no matter whether royals or not, but it would also have bestowed him with political tailwind for standing up to imprudent actions. No one should be above the law.

It is the role of heads of state and elected officials to set a clear example through their actions. When a Swedish official insisted his trip to the Canary Islands was "for family reasons", there were calls for him to be fired. Similarly, the Dutch justice minister was seen hugging his family at his own wedding, not adhering to social distancing measures. The Grand Duke's trip was clearly the wrong move, and naturally it may influence citizens' behaviour as how to follow the coronavirus rules. It's thinking along the lines of: "If he can, why shouldn't I?" - and it's perfectly understandable.

Read also: Virus-scepticism is on the rise, and so are media conspiracy theories

It was a holiday dubbed by some social media users as "doing a Dutch one". The Dutch King, unlike the Grand Duke, managed to save himself, promptly sitting down with the Queen for a video, apologising for their actions and regretting the fact that they had misinterpreted the meaning behind "don't travel". It was a historical and rather emotional moment - never before has a Dutch monarch apologised to the public for their irresponsible actions. Grand Duke Henri could have done something similar, and re-win some of the respect he has now lost.

The everyday functioning of the monarchy has not gone without controversy in recent years. Jeannot Waringo's report, which stated a general atmosphere of fear in the Court, could tip the institution of the Luxembourg monarchy into a serious crisis. In the age of decreasing levels of support for monarchies around the world, now is probably the time to just stay quiet and stay at home.