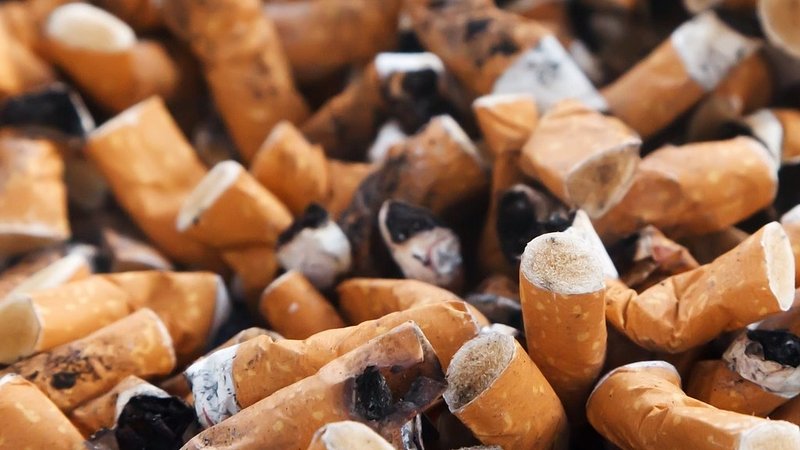 I know, I know, this isn't the first time I've bemoaned some* smokers' lack of understanding for the fact that not everyone appreciates the scent of freshly burned tobacco and tar. Not that I expect many of you to remember, but I wrote a ranting response to the counter-petition against another petition which sought to ban smoking on restaurant terraces.

*Do note the word "some" - I'm not painting all smokers with the same brush here. Or tarring them with the same smoke, if you will.

Perhaps it's the flu I'm currently fighting that's put me in a particularly bad mood, but as someone who's making increased use of public transport (cycling to work in the morning isn't quite as pleasant an experience now that the temperature has dropped to near freezing in the early hours), I find myself getting annoyed with the lack of common courtesy often shown by a subset of fellow commuters.

I griped about the fundamental lack of understanding for how queuing works in a short gripe article published recently, but I'm not quite done letting off steam just yet.

Before we get to the meat of this, let me make one thing very clear indeed: I don't care if you are a smoker. I'm very much of the opinion that adults should be allowed to do whatever they want, so long as it doesn't harm or impinge the freedom of others. If you want to light up, that's your decision to make. Couldn't care less.

What I do care about is the utter lack of respect often shown for those indirectly affected by smoking. Waiting for a bus while it's drizzling, for instance, I don't want to have to make the choice between getting rained on or having to inhale your cancerous cloud of vile smelling smoke.

But that's not to say that it's weather dependent. Even if it's a perfectly lovely summer day, your fellow commuters have every right to make use of the (all too few) seats at the bus, train, or tram stop without getting a face full of cancer cloud.

If you want to smoke, it seems to be perfectly reasonable to expect that you move out of the way of other commuters. You often hear smokers say that they are perfectly within their rights to light up where the law allows them to, and that's true. They are. But that doesn't excuse them from showing a modicum of respect for others, and I truly do not buy the argument that those who don't wish to be affected by your exhalations can simply move away.

This unfortunately common position essentially rests on the flawed logic that it's the person who is being inconvenienced who should move — which is a bully's reasoning. I'm perfectly within my right to eat a can of beans, hop on a crowded lift (or 'elevator') and turn it into a gas chamber barely habitable by any living creature. I'd also be perfectly capable of doing that, as my stomach doesn't love beans half as much as my mouth does. If you don't like my gaseous excretions then, well, tough shit — I'm not breaking any laws, and you can take the stairs or wait for the next lift.

I wouldn't do that, though, as it's incredibly rude. As is smoking at bus stops and the like. Your choice is affecting others, and so the responsibility of minimising the negative impact you have on those around you lies on you, not them.

Another thing that annoys me about some smokers is their belief that it's perfectly fine to just chuck their cigarette butts to the ground when they're done. Few everyday occurrences annoy me quite as much as the casual flick of the finger the precipitates a still-smoking butt's flight onto the ground, where often it's not even stamped out, but left to linger, ensuring that every last particle of its cancerous smoke pollutes the air and those who inhale it.

Seeing filters lying about every where is also an aesthetic eyesore - as effectively showcased by the group of volunteers who collected 270,000 cigarette butts in 3 hours in Brussels earlier this year.

Waiting for the tram the other day, I was sat next to a young chap who was having a fag. In the shelter, right next to me (no other seats free; too hot to stand out in the sun, I sweat like no one's business at the mere thought of 20+ °C temperatures). As the tram arrived, he simply flicked the half-smoked cigarette onto the ground and hopped on, despite not only being less than a metre away from a bin with an ash tray, but also walking right past it on his way aboard. I could have shoved it right down his throat, but unfortunately that'd be illegal, so I didn't.

The Edinburgh municipal authorities ran a campaign with the tag line "aye but, nae butt" - basically saying go ahead and smoke, but don't leave your filthy byproducts everywhere. Not a bad sentiment, and lovely word play.

In summary, if you want to smoke, vape, or what have you, that's up to you. Smoke a pack an hour if you want. But it's the little acts of common courtesy that make for a pleasant society. Think one step beyond what the law says and ponder how your actions impact on others, and act accordingly. If we all did that, everyday life would be just that bit more pleasant for everyone.