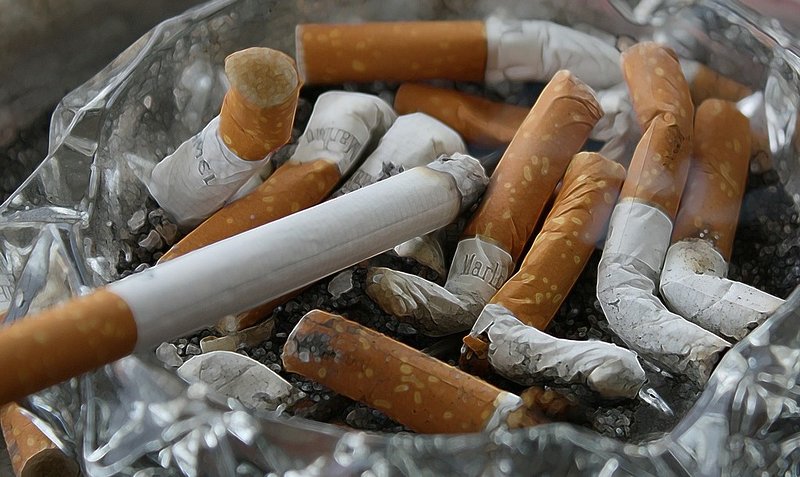 Should smoking on restaurant terraces be banned, as suggested by petition 1069, or allowed, as counter-argued by petition 1080? Let’s run through the arguments on both sides. Spoiler: it should be banned.

In a rather strange turn of events, Luxembourg’s parliament may soon have to discuss the same question twice. Well, not quite the same question: they would first have to discuss whether smoking should be banned on restaurant terraces, and then – in a separate session, mind you – whether it should be allowed. This came about as fervent supporters of the right to smoke took issue with petition 1069 (which suggests a ban) reaching the 4,500-signature threshold required for a petition to move to public debate.

The most striking thing about this debacle is the redundancy of the second petition. A discussion on whether smoking should be banned will inherently require consideration of counter-arguments – you can’t discuss the implementation of a ban without also discussing whether it would be better not to. Doing so would presuppose a decision in favour of the suggestion. It would be akin to asking yourself whether you should take the train to work as the conductor asks to see your ticket; your decision has evidently already been made, and you’re probably about to be slapped with a fine.

It’s hard not to wonder what they are hoping the outcome of this second petition will be. The very fact of submitting the petition seems to suggest a belief that the ban will pass, because if it does not then this second petition seems entirely superfluous. Unless, that is, they want the right to smoke on restaurant terraces to be enshrined in law, like fellow freedom-fighters precious second amendment rights in the US. Something along these lines, perhaps:

“The ability to smoke, being necessary for the creation of a relaxed atmosphere, the right of the people to keep and smoke cigarettes, shall not be infringed.”

Even if the first petition does result in smoking on restaurant terraces being banned, the prospect of it then being immediately overturned by a second petition seems absurd beyond words. It would suggest that lawmakers take into consideration only what limited information is presented in a petition, act on it, and get on their merry way to grab a pint and a fag – only to realise that they’ve just banned the latter.

That aside, let's consider the arguments for and against the ban. The original petition – 1069 – suggests that smoking on restaurant terraces should be banned to help non-smokers, especially children and pregnant women, avoid inhaling smoke. It cites potential health impacts, including respiratory disease.

These seem like pretty fair and common-sense arguments, which are indeed supported by research in the area. To give but one example, consider Wayne Ott of Stanford University's comment  on a recent study: "We were surprised to discover that being within a few feet of a smoker outdoors may expose you to air pollution levels that are comparable, on average, to indoor levels that we measured in previous studies of homes and taverns.”

The second petition - 1080 - presents the counter-argument that smoking is already banned inside restaurants, and that terraces are “the only place where the business works despite the banning of smoking in restaurants”. It also argues that people have the option of moving to non-smoking areas, and that the smoking ban has become increasingly discriminatory towards smokers.

Stating that others can simply move to avoid the smoke is reminiscent of a classic scene from the Simpsons, where Bart balls up his fists and swings his arms wildly while walking in Lisa’s direction: “If you get hit, it’s your own fault”.

As for the impact on restaurant finances, this seems largely unfounded. There is pretty convincing evidence to show that smoking bans don’t have a long-term effect on revenue, and unlikely supporters said much the same, while the overall positive impacts are difficult to argue with.

Plus, if you want to smoke, you can always move to a non-non-smoking area. If your habits have an impact on people around you in public – whether its smoking or playing annoyingly loud “music” through a Bluetooth speaker – it’s not up to others to move, that’s on you.

--
Martin Jonsson is a freelance journalist and produces Lëtzcast, a podcast about Luxembourg.