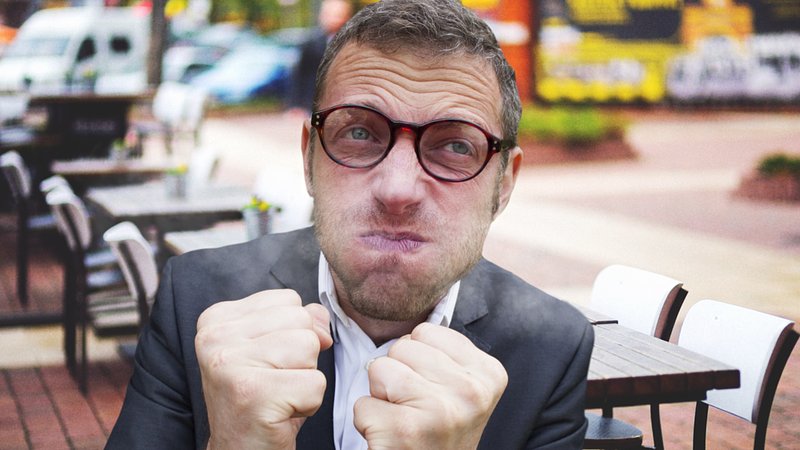 An agreement between the country’s most outspoken smokers and its angriest non-smokers was reached late Wednesday night, leading many to believe that hostility between the two camps will finally subside.

The deal allows smokers to continue enjoying cigarettes pretty much anywhere in public—on the condition that they don’t exhale, and find something else to do with the smoke, such as swallow it.

“We spent five hours in tough negotiations,” said Serge Hoffman, the country’s leading smoker, at a press conference on Thursday morning. “It came down to this: inhaling or exhaling, which do we like doing more?”

While many non-smokers are lauding the deal as a win, saying that ambient second-hand smoke could be reduced by as much as fifty percent, some remain unsatisfied.

Cheryl Masterson, 34, a stay-at-home mother who moved to Luxembourg in August and will only remain here for 12 months, says that she is very much in favor of a permanent and total smoking ban, adding that the current deal doesn’t go far enough.

“I don’t just want smokers to be inconvenienced or merely forced to endure long periods of strong discomfort,” she said. “I want them disgraced, kicked out of their homes and offices, forced to live out the rest of their miserable lives as exiles.”

“To be honest, we rarely go out, and I’m not really that bothered by smoke,” she continued. “I just don’t like smokers. They’re so cliquey, hanging out in groups, telling stupid tobacco-themed jokes, no doubt. And they’re always like, hey man, got a light?”

And while a majority of smokers say the agreement is fair and that swallowing cigarette smoke could be just another fun way to ingest it, there are some who are angry and say that it chips away at their right to be a smelly nuisance.

Fabianne Bossard, a lifelong cigarette enthusiast from Dudelange, says she’s going to miss lighting up in crowded bus stop shelters and watching long, sensuous smoke dragons waft out of her nose and into other people’s faces.

“I’ll also miss being able to decide how complete strangers are going to smell for the rest of the day,” she said. “I stink like tobacco and ashes. Why shouldn’t everyone else?”

On a more serious note: see our latest opinion piece about smoking on restaurant terraces.