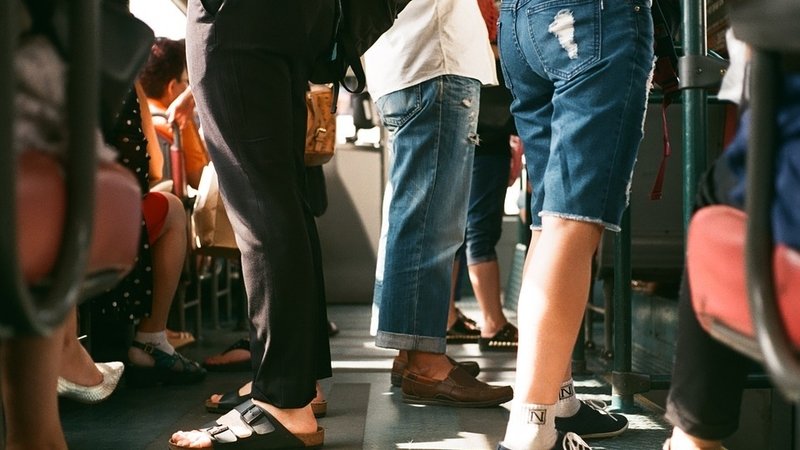 Common courtesy on public transport is an unfortunately rare trait in the otherwise excellent Grand Duchy.

Luxembourg is notoriously quiet, and people generally seem to stick to themselves and not bother others. I've never really had to tell neighbours to turn music down come bed time (or at any other time), or had any other issues with neighbours or people at large.

So it's always surprising to me that there seems to be a distinct lack of public transport etiquette. In the UK it's the norm that whomever got to a stop first will generally board the bus/train first, and orderly little queues are formed when a bus arrives. It's even common to hear, upon the impending arrival of a bus, questions along the line of "are you for the [bus number]?", which when answered in the affirmative will ensure that you, as the person who get there first, will also get to board first.

Here it's rather more of a free for all. Survival of the fittest. Boarding of the most boorish. The arrival of a bus causes people to immediately cluster around the doors, and only the weak will step aside to actually allow the orderly exit of anyone getting off before the frenzied fight for a free seat (which tends to be most of them, outside peak hours) begins.

Do's and Don'ts: Getting a seat (and then being on public transport)

There seems to me to be very little to gain from this practice, which serves mainly to make the whole endeavour ever so slightly less pleasant than it needs to be for everyone involved.

Another thing easily missed from the UK as relates to busses is people saying hello to the driver, and "thank you driver" when they get off — which was common practice in Edinburgh, at least. But then, the drivers here largely don't seem to appreciate human interaction.