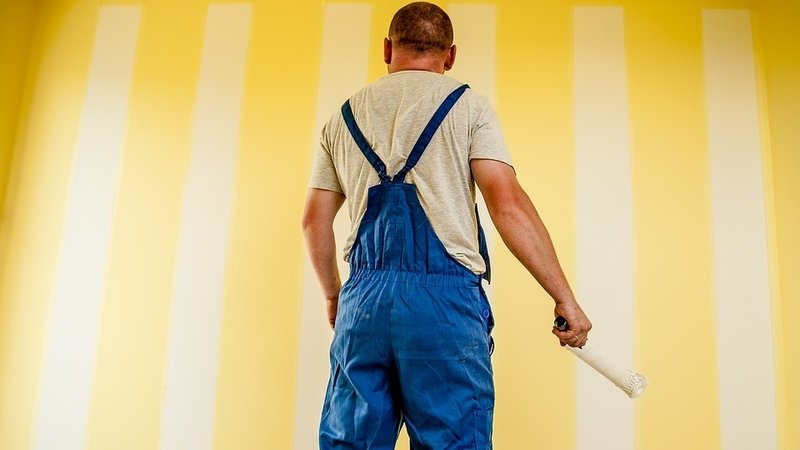 There is a curious lack of clarity when it comes to tenants' rights in Luxembourg, and exactly what the landlord can charge for when they move out.

According to Eurostat, 43.4% of non-nationals in Luxembourg rented their home in 2016, while the figure for nationals stood at 13.9%. Renting in Luxembourg is a notoriously expensive affair, not least given the multitude of fees often to be taken into account before you even move in — you can find an example calculation here.

Yet many and regular are the concerns voiced on by renters on social media — and the dreaded deposit is a particular sore spot for many. Horror stories abound wherein renters get charged a virtual charcuterie board of assorted charges, from repainting, to replacing hobs, to the standout classic - professional cleaning.

According to the law as restated by Guichet, the deposit "may not exceed the equivalent of three months' rent". Per some recent statistics, the average rent for a flat is around €1,520, and €2,900 for a house. Ergo, the maximum (read: standard) deposit is somewhere around €4,500 for a flat, and a whopping €8,700 if you're renting a house.

That's not to be sniffed at. According to Statec, the average disposable household income in 2017 (the latest year for which data is available) stood at €5,880 per household, and the median at €4957. That means that you have to be able to set aside the better part of your household income for a month just to pay the deposit on a flat, two if you're after a house. And that's not taking into account the first month's rent, nor any agency fees (usually another month's rent — a cost that one might thing should be borne by the landlord, but that's another matter).

And yet, there is relatively little protection for tenants when it comes to their deposit, which can be paid in any number of ways. Guichet outlines 6 options, ranging from paying the deposit straight to your landlord's bank account, two  forms of bank guarantees (only one of which requires that the landlord proves the legitimacy of an expense before withdrawing money from the account), to a rental deposit deposit insurance policy ('provide[d] that the landlord agrees').

The power over the deposit essentially lies with the landlord, as evidenced by any number of spurious claims successfully leveraged against tenants. Things are further complicated by the fact that most leases come with a clause stating that the property was in 'good condition' when moving in, which is a term about as vague in its subjectivity as 'large shoes'. A toddler could positively swim in mine, but Michael Jordan would struggle to fit half of is foot in it. Similarly, what constitutes a good standard to me may differ considerably from anyone else's opinion.

This is what often leads to situations such as landlords charging their tenants to repaint flats when they've moved out — because it was freshly painted when they moved in, which then constitutes 'good condition'. But is it reasonable to charge for what is arguably natural wear and tear? Well, yes and no.

Interestingly, rental leases "may be either oral or written" and there is "no requirement for this type of agreement to be draw up in a specific form." What is less clear when reading Guichet, the primary source provided by the government for information pertaining to everyday life in Luxembourg, is whether an inventory is required, and in what form.

Guichet states that "the law provides that a written report on the state of the property, signed by both parties must be established prior to the beginning of the tenancy, whenever the lease requires the tenant to pay a deposit (which, in practice, is practically always the case."

Yet it also says that it "need not necessarily be a separate document" but "could also be the result of an exchange of correspondence, or simply a clause in the agreement." It's further explained that the landlord cannot "make use of the rental deposit as payment for any damage caused to the property if no such inventory is available," before acknowledging that there is often a clause in the lease which states the property was in good condition (remember?) when the tenant moved in:

"This type of clause is valid, and means that, at the end of the lease, if no inspection of the premises was carried out at the beginning, the tenant can no longer provide any evidence to the contrary."

Now that's a confusing state of affairs, and renders the first part rather toothless. An inventory must be drawn up and signed by both parties, but if one isn't then the landlord can basically just jot down in the contract (there's no requirement for how these look, mind) that the property was flawless when the tenant moved in and thus justify a host of charges against which the tenant can do zilch. Nada. Nothing.

So in whose interest is it to draw up a thorough and detailed inventory? Without the lease clause it would be in the landlord's, but this clause is standard — which places the ball in the tenant's court. So you would think that the tenant would have a bit of leeway in producing this necessarily detailed document (chipped paint here, cracked tile there, dirt behind the fridge), right?

Wrong. The inventory must be signed by both parties prior to the tenant taking possession of the property, which effectively means that they have to go through the entire property in detail while the landlord waits pen in hand to sign the contract. Having moved more times than I care to remember (at least 20), and rented over a handful of properties, I can personally attest to the difficulty of spotting every potential issue under those circumstances.

Of course, you can as a tenant bring issues up "within a few days" of taking up residence, but "the landlord may refuse to recognise the damage." So you've got to rely on their kindness.

I have rambled quite a bit already, and promise I'll leave you to your day shortly. But while we're on the subject of unexpected costs that are hard to defend against, there's another ominously vague potential source of expense that shouldn't go without notice.

In addition to energy consumption, maintenance and upkeep, and "fees pertaining to the use of the dwelling," the landlord may ask the tenant to pay "costs for small repairs." I'm not sure what this entails, precisely, as upon moving out you supposedly cannot be charged for "damage caused as a result of normal use, wear and tear or dilapidation." Best not tell them if anything breaks before you move out then. In theory.

Clarifying the regulations on rental properties, or at least how they are communicated to landlords and tenants alike, would seem a natural first step in resolving this imbalance.

Another step that might prove beneficial would be to follow the example of, for instance, Scotland, where I lived for a decade prior to moving here. A few years into my time there, they introduced regulation necessitating deposit protection schemes, wherein tenants pay the deposit to a third party. Landlords and agencies cannot access this money during the tenancy, nor make unsubstantiated claims against it at the end of the tenancy period.

If a landlord wishes to make a claim, they have to submit detailed information on what it is they are claiming for, and evidence of their expense. Tenants will then be notified of the claim, and can choose to either agree to the payment, or supply counter evidence. This is then reviewed by an independent third party who will decide on each part of the landlord's or rental agency's claim, which they may either grant, amend (i.e. if a landlord or their representative tries to overcharge for an item their claim will be reduced to a lower amount), or deny it.