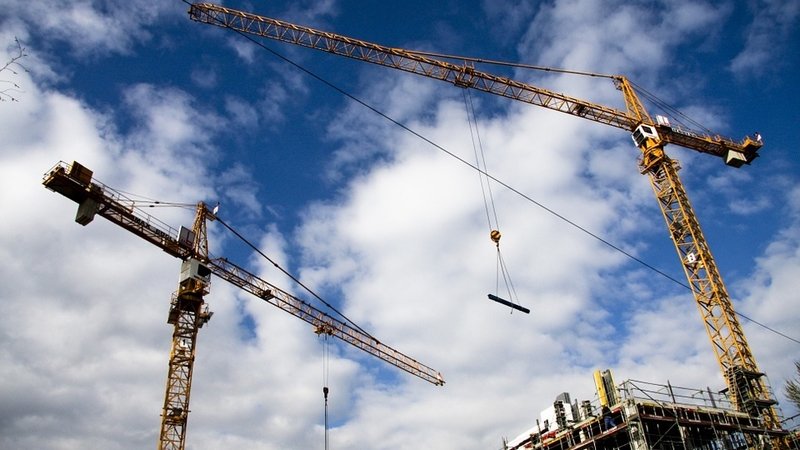 With its never-ending construction projects, Luxembourg's constantly changing landscape has an odd and emotionally taxing impact.

Much like the fact that a large proportion of cyclists in the GD are covered head to toe in Lycra (spandex, what have you), it used to amuse me to no end when I first arrived here how my Luxembourgish partner — and others from Luxembourg, or who'd just lived here for a while — would frequently express nostalgia when faced with relatively new buildings.

Driving into Kirchberg, for example, she would often get a wistful look in her eye and utter "this used to all be fields," to which I would typically (in the true fashion of a despicable smart-arse) respond "everywhere did!", thus completely missing the point. Try as she might to explain that her sentiment wasn't based on some form of misunderstanding whereby she thought certain buildings were naturally occurring while others were man-made, but the fact that her country's geography has changed rather rapidly, I'd still remain of the opinion that she was being somewhat overly dramatic.

But, as with Lycra, I was completely wrong. I've lived in Luxembourg since October 2016 — so by no means a particularly long time — and the other day I found myself thinking the very same thing. Twice.

The first instance was when taking my dog for a walk around Lorentzweiler, where we live, and realising that not one, not two, but three blocks of flats are nearing completion where previously there were fields. There's also the new technical inspection centre, and well over a dozen houses with several more to come.

The second instance of unwanted yet unstoppable nostalgia occurred — irony of ironies — on my drive to the RTL offices in Kirchberg. Tucked away at the north-eastern end of Kirchberg, it's been largely surrounded by fields and forest for as long as I've worked there, but new blocks of flats are about to be erected right next door as well as across the road, and another development looks set to start shortly.

While I absolutely agree that Luxembourg is in need of further housing, there is something disconcerting about seeing a country change so rapidly. That's something I couldn't understand when I first got here. Having lived in Edinburgh (a city that's barely changed in the last century, at least in central areas) for 10 years before moving here and a rural town in Sweden before that, I'd never really experienced anything like it.

I think the sense of unease comes down to a feeling of the landscape around you being transitory. It's easy to develop an innate expectation that landscapes change slowly - in fact it may even be hard not to. But that's not the case in large parts of Luxembourg, where new buildings are erected seemingly on a daily basis.

There's also a design aspect to it. Another early observation of mine upon arriving to Luxembourg was of the idiosyncratic nature of building design here. Walking down a single road even in a village as small as Lorentzweiler — which very much has the feel of a country village, complete with grazing cows just around the corner from our apartment — you'll see an odd mix of ultra-modern cubes, what looks like French chalets, farm houses, and thoroughly aesthetically underwhelming monstrosities from the 60s and 70s.

This means that there's no sense of design consistency, which adds to the feeling of everything being rather temporary, and that can be rather disconcerting. I suspect it's innately human that this leads one to feel rather nostalgic, whether you want to or not.

Martin Jonsson is a freelance journalist and RTL Today editor, and produces Lëtzcast, a podcast about Luxembourg.