When do we want it? YESTERDAY!

Recent announcements by the coalition government (read part. 1 and part. 2) have led to some mixed, often reductive grumblings.

Comments on or below articles RTL Today have posted on these issues ranged from:

'It is just nation branding' – free transport
'pure populism' – legalization of marijuana
'Pro party propaganda' – additional holidays
...to...
'They should deal with real issues, not pander to the masses' – all of the above
'What about tax? ' – holidays again

Whilst it is generally a given that those who pitch up in the GD are quite happy with what they find, not everyone of course but those living, working, living AND working in Luxembourg have very little to bump their gums about.

Yet here we are, unable to agree on who can and can’t vote and then arguing till (top to bottom, please) red, white and blue in the face.

What is it about being in the country that turns the denizens into entitled drones?

Yes, there are those who find it a little too insular, that there’s little to do, that it’s pricey, that being single can be tough in a teensy tiny locale but, for the most part, we’re well off.

With a population that consists of 602,000 inhabitants (1 October 2018), of whom 47,9% are foreigners and represent more than 170 nationalities, there’s an awful lot to see in the positive side of a Venn diagram reflecting happy/sad Luxembourg Life. 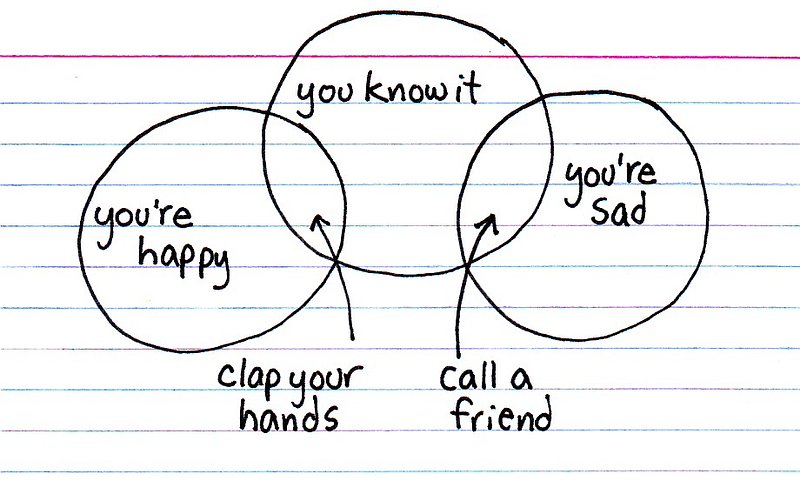 Health care is one of the best in the world.

Luxembourg is considered one of the safest places in the world, even if recent reports suggest an increase in violent crime. In comparison to major European capitals, Luxembourg IS tame.

That is not to say that people need not be worried but certainly a clamor for the police force to double in size is a little extreme. Proportionally the number of incidents is well below EU averages.

The Grand Duchy also represents the highest density of 3 star restaurants per inhabitant throughout the world. The Michelin Guide rewarded Luxembourg’s best restaurants with 11 stars and 14 Bib Gourmands.

Culturally there’s almost too much to do, despite arguments to the contrary.

The Luxembourg passport is one of the most sought after in the world.

With a land mass of 2,586 square kilometres, the Grand Duchy of Luxembourg extends from north to south over a maximum distance of 82km and 57km from east to west and yet most of the action takes place in the city centre. Meaning that’s there plenty of unspoiled land to conquer/visit/make yourself aware of (delete as applicable). 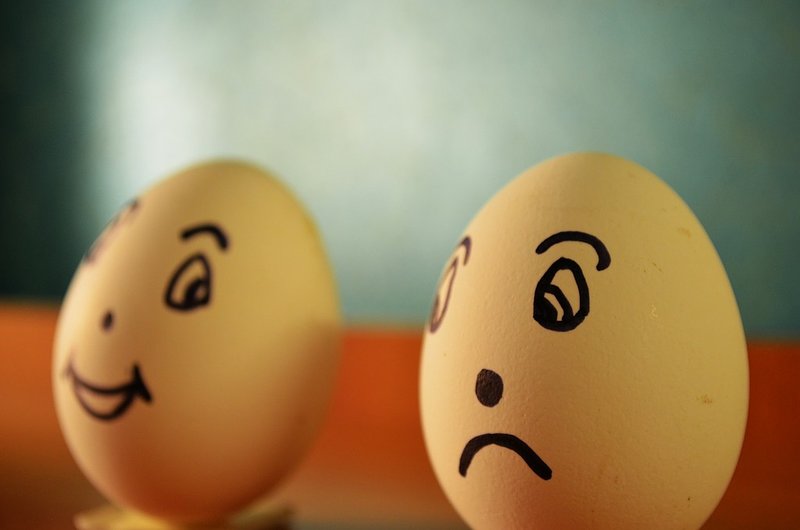 If you can step back for a second, put aside your angry buttons and juxtapose.

Here’s an imagined conversation between Joe/Josephine Public and The Government. It’s in an office. Ornate and dimly lit. Warm but foreboding. It smells of rich mahogany. *due to the anomaly that Fake News is being confused with real news, please apply a liberal salt dosage.

Gov. (definitely not the PM): “Good evening Mr/Mrs/Miss/Ms/Non-gender specific representative of The Public, how are we at the moment? A look out of this Fairtrade sourced but distinctly ivory tower says that business is booming. Are you happy?”

Pub. (unlikely to be you but perhaps someone you know): “We want less city centre congestion!”

Gov. “Well [rummaging through drawers], here’s the tram plan, how does that fit? It will be costly and though it will take a while, there may be a little extra congestion, but it will sort itself out. See, we’ve also added the funicular and there are more trains too.”

Gov. “Ok, we’ve had a look and we think we can accommodate this too, we’ll obviously have to claw back the costs from somewhere. You know, there are more bike lanes than ever AND we have increased eBike access.”

Pub. Growing angry. “We want to continue to use our company vehicles as status symbols.”

Gov. “We’re going to have to find the money from somewhere. We don’t just print it willy nilly.”

Pub. “Don’t you even think about raising taxes. JUST DON’T.”

Gov. “Well, please be reasonable, what about if we raise a few cents on fuel – these have been relatively low for eons?”

Four people (in hi-vis vests, shout through a megaphone): “Did you not see what happened in France? Leave that alone.”

The phone rings, it’s the Church: “Please don’t use Hell as a comparison, sure, most of those that smoke weed are going there anyway but we don’t want to upset the chief, do we?”

Gov. “Quite, quite, what about a healthcare system where we only charge for the part you owe instead of asking you to pay all of it and then claiming it back.”

Pub. (folding arms and looking away): “No! Free healthcare. It’s the only way. We work really hard for our money.”

Gov. (desperate): “Well, what about two extra holidays per year?”

Pub. (smiling): “Will there be free parties and fireworks?”

Gov. (exhaling loudly): “A party, sure, fireworks…maybe not.”

Pub. “We don’t want everyone here. We only want those of us that live here to enjoy it. Sod the cross border folk, coming in taking our fuel and coffee, spending with cheqquies.”

Gov. “Do you speak the lingo?”

Pub. “Some of us can. I can’t, Julie, can you? Barney…you can do the basics, yes? Well, that’s irrelevant, we want dual nationality.”

Gov. “Well, we are going to need to despite your arguments. We’re going to invest in renewable energy. We’ll revamp our plans…anyway, what consequences?”

Pub. “We don’t know yet, do we. Just know that we won’t be happy. And we will say so on Social Media and then you won’t get voted in next time.”

Gov. “Well, we didn’t strictly get voted this or indeed the last time either but do go on…”

Pub. “We are important, the public, if you don’t keep us happy, we will revolt and demand more, more, more things. Things that we see elsewhere and that we want here. Things we have ignored in our homelands when choosing to be here and, well, to be frank, we want the ‘moon on the stick’ but I bet you Schneider got there first.”

While this facetious and fictional account is to draw as many sighs as it is smirks the point remains that populist or elitist, any government cannot totally represent each facet of its population.

By appealing to the masses they lose the trust of the 2%, by kowtowing to the elite they run the risk of the 'peasants' revolting.

Even as recently as this week (Wednesday 9 January, 2019) steps have been taken to assuage the anxious and embarrassed about having to actually rock up at ADEM and declare yourself as being out of work. I've done it, twice...it is not a day out by the seaside, no, but it is far from the slog that folk tub thump about.

Yes, Luxembourg does hang on to its love of needless bureaucracy and its curious little habit of moving offices from one end of town to the other without properly informing the public. But information is readily available online these days.

The 'people' that 'we' are can and should inform them/ourselves properly. This is of and in itself an issue, many people prefer to bend their wills and minds to suit their argument as opposed to seeing the wood for the trees, and therein lies a further issue; instead of looking for the wood, some folk (such as the chap in Rodange) just want to wield their axe and get swinging.

Nothing is good enough anymore. The public make demands. The governments duck and weave.

Compromises are formed and sour tastes are left in mouths. 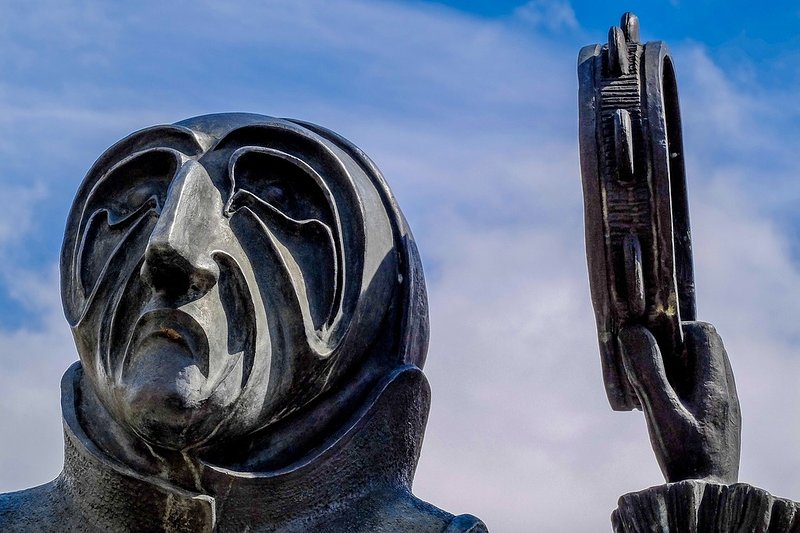 When everyone is satisfied no one is.

There’s having your cake.

And then there’s also wanting it for free.

Preferably made by a start-up, with produce locally sourced and thereby not coming from a chain. It better not be full of GM chemicals, be low in VAT, and had better come in the colour that I am thinking in my head right now*.

If you’re happy and you know it…ask for more.