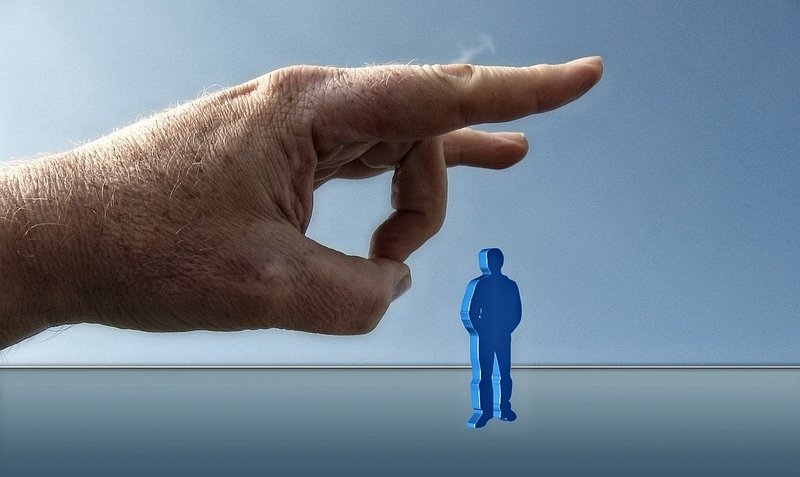 With the announcement of a number of big name franchises heading to Luxembourg in the near future, Five Guys burger joints and Domino's Pizza being the two most recent, what does this mean for the 'little guys'?

Franchises aren't exactly a new arrival in Luxembourg but the clamor below the line (BTL) on our Facebook pages indicates a clear support for the more traditional seller, the independent restaurateur and a friendlier, more 'human' experience.

Why is it that franchises are considered less trustworthy than the niche resto in your local 'Boro?

Should franchises really be seen as the evil that infiltrates the lands?

There is a lot to be said about gentrification, and certainly Luxembourg is incredibly gentrified, but outside of Shoreditch, there are more ‘creatives’ per square km in Luxembourg than many an enclave.

So, you’d be right to think that there are scores of bar owners, chefs, artists, designers, clothes-makers here in the Grand Duchy. Luxembourg offers terrific financial support to start ups in an effort to have the youth regenerate the country, rather than let them leave for the headier, giddier heights of more ‘vibrant’ cities. 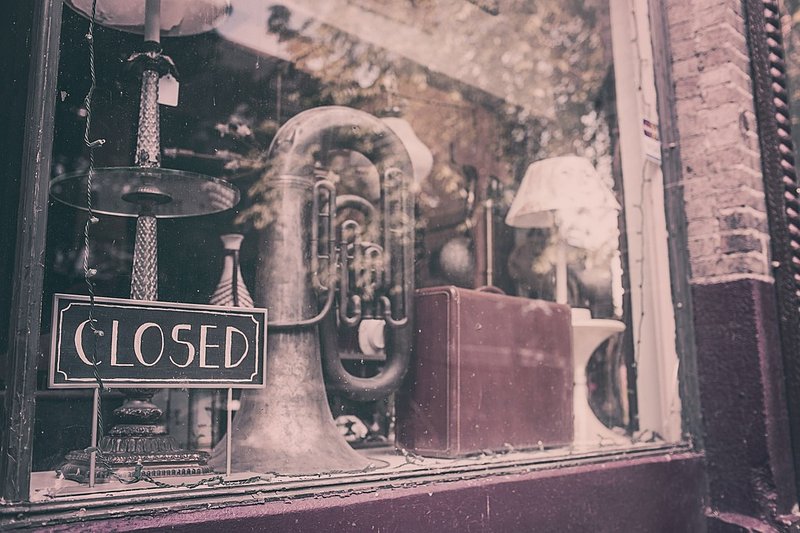 For many years, Luxembourg’s main high streets were refreshingly franchise free. Then came Auchan (yes, not on a high street), which killed off Monopol and gradually more and more franchises entered the public conscious and so too the public spaces. The Golden Arches were spread wider and a higher turnover of businesses began. Boulevard Royal and Avenue de la Gare are unrecognizable from a decade past.

The then growing (predominantly British) expat community were mumbling about needing a Boots, a WHSmith, a Woolworths (didn’t end well in the UK) as they missed their home comforts. The English Shop, then latterly Little Britain had the registers ringing a mighty fine tune for a while. That is until the saturation of expats was such that the bigger Co.’s, such as Cactus, began to stock ‘world-wide tastes’ and so the ringing bells became death knells.

Chapter One, was a delightfully quaint bookstore that was a touchstone of many a fledgling expat, that too went the way of the Dodo as savvy bookstores added their own International sections – and we can’t even talk about the elephant in the room, but the elephant’s name does not rhyme with Shops Are Gone.

Music stores such as New Sound (nee Black Records) and Hotwax downed tools and shut up shop in the face of a changing market, rather than, say...franchise power plays. 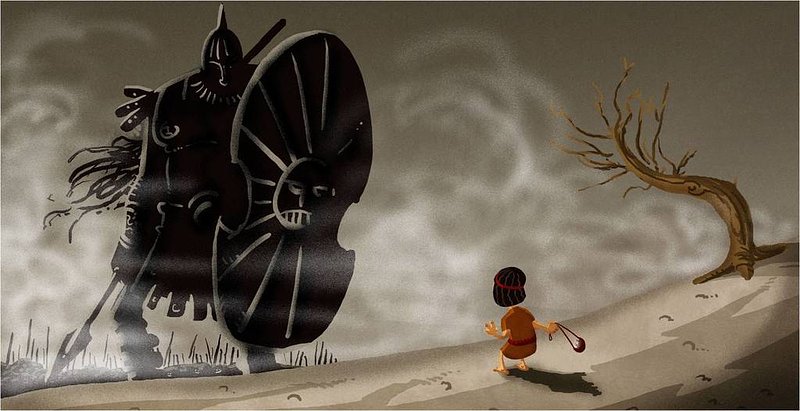 Customer loyalty is key to longevity and faced with snazzy, pre-prepared advertising campaigns and purpose-built shop fittings you can see why, maybe, just a tiny bit, folk would like to stand on the side of Goliath.

But again, why are franchises the bad guy? Is this down to optics? Starbucks gets a rough ride (taxes notwithstanding) but Nespresso is ok, apparently. As is Coffee Fellows.

Burger King took over Quick and there was no more than a mayonnaise crusted shrug. But Five Guys? NO! Unacceptable! The same folk that whine about the cost of gourmet burgers in Lux eateries also pour scorn on franchises.

Customers queued for ages outside Dunkin’ Donuts when they first opened here in Luxembourg and then arguments broke out about whether Krispy Kreme donuts are better…no one really offered a word for how that may effect a small business, like Cathy’s Cupcakery.

So again, what is this negative attitude toward franchises and why does it tend to stick only when people see fit?

Are franchises and startups really that dissimilar?

For a start, franchises are often owned by a franchisee starting out in the competitive environment of commerce, be that digital or physical. As would a private business owner.

Just as a startup must find its feet, funds need to be secured, projections delivered, contracts signed, sealed, delivered, the same can be said for a franchise.

The only thing that really separates a 'true' start up and a franchise is that of an established name standing behind the venture. It is this safety net that attracts many to franchising rather than ownership. Some see it as a stepping stone or learning curve toward their own slice of pie in the near to far future.

Would a potential franchisee be considered a ‘sellout’ if opting to go with a brand rather than going it alone? What about the risks for the individual, their investment, the time, their energy?

Is the name then, the issue? Are the vociferous complaints related to the brands themselves, rather than the idea? Is the problem with the ubiquity of certain logos, products, ranges?

See here the brief for a Franchise (from guichet.lu):

A franchise is a form of independent undertaking based on an agreement or license between a franchisor and a franchisee.

As a general rule, the franchisee pays a fee between 2 % and 10 % of his turnover in return for assistance from the franchisor which can take several forms:

The franchisee is hence not left on his own as he is granted the right to benefit from the franchisor's experience and proven operational model.

He will also benefit from the brand's reputation and the franchisee's fame. 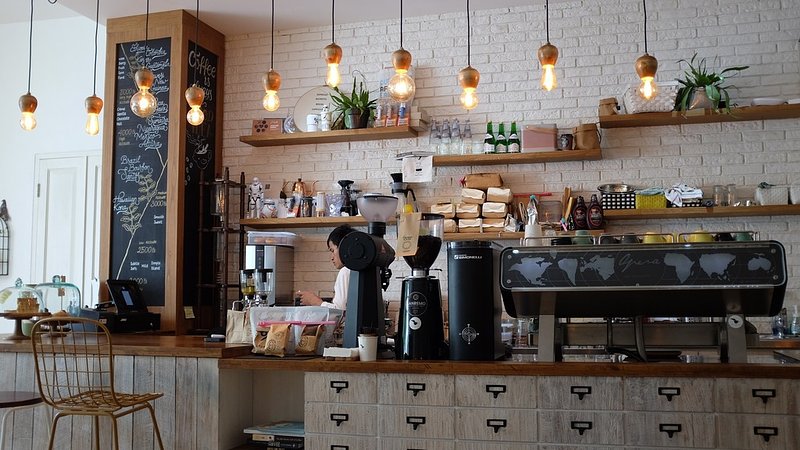 Minimum of Standards / Maximum of Fuss

Franchises too must adhere to, often incredibly strict, sets of corporate standards. Which, in some ways, guarantees a level of consistency in both quality control and experience. Can you expect the same guarantee of quality from your local greasy spoon?

That said, these 'standards' vary wildly from venture to venture. What constitutes 'decent' to one owner may be 'exceptional' to another. Which is why, say, a Big Mac (other burgers are available) in France might not taste as good as one in Germany.

Many of the major European city centers carry the same labels and brands, shop fronts are largely interchangeable. So much so that a high street 'there' could quite easily be a high street 'here'.

Often, when discussing, bespoke items, rather than off the rack, the arguments are that artisan goods come at artisan prices.

But that is not to say that smaller businesses only deal in bespoke goods.


So how does this dichotomy solve itself?

On the one hand the public (or rather subsets of) bemoan a lack of BIG city outlets, on the other they complain about the lack of idiosyncratic curios - or they attack the pricing scales of bespoke goods and suggest they can find cheaper alternatives online.

Luxembourg has positioned itself as being a modern, exciting country and myriad marketing bumf (sic) suggests that its city/cities (here's looking at you Esch 2022) represent(s) all that is good within such a melting pot of cultures, creeds and ethnicity but in many ways it is clearly behind in ‘knowing’ exactly which direction it needs to follow to achieve this goal: public opinion, public pressure or public spending...

Forgetting the little man and continuing to back the 'sure thing' will only exacerbate the speed with which Luxembourg loses its identity, not just on the shop front vagaries but with those things that make Luxembourg so unique.

When everyone wants the same thing, nothing is original.

There's only so much cash you can throw at slightly different versions of old rope.

And the last thing Luxembourg needs is a Wetherspoon’s.