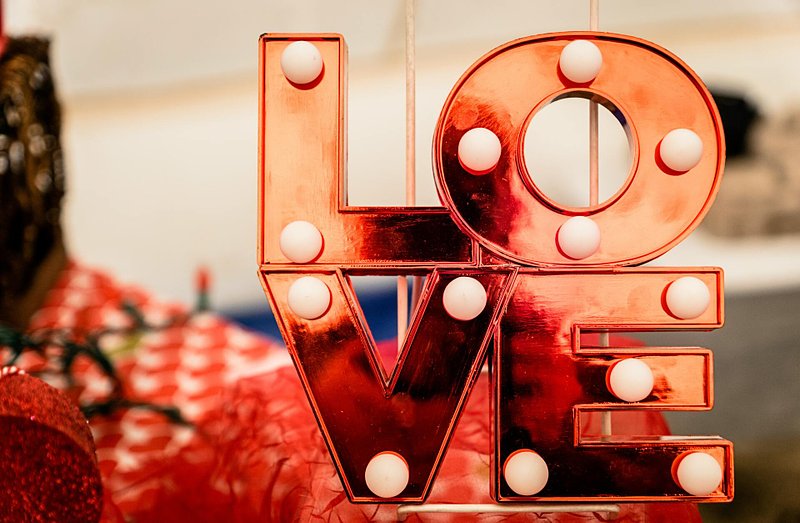 Groan or moan, but Valentine's Day is coming up, the day of chocolate gift boxes, red roses, love letters, date nights and, not to forget, the mammoth commercial business that comes with it.

But has the day of love always been as romantically-perceived as today? Your editor took a deep dive into the celebration's history, and it's shockingly dark.

To trace back to the origins of something that comes even mildly close to the Valentine's Day we know today, we have to look at the Romans (I think you know that anything that involves the Romans is usually bloody or weird).

Yes, the Romans were a little brutal when it came to matchmaking and celebrating love. Every year between 13-15 February, a violent, sexually-charged feast called Lupercalia was celebrated, which included animal sacrifices, hitting women with the slaughtered animal hides, random matchmaking and other "festivities".

Lupercalia stems from a Roman legend, in which the ancient King Amulius ordered the twin brothers Romulus and Remus to be drowned in the Tiber River, as punishment for their mother having broken celibacy. Luckily, the brothers were rescued by a wolf at the base of Palatine Hill, where she took care of the two boys like a mother. The wolf was later named Lupercal, and the site where the boys were rescued is, according to the legend, where the city of Rome was founded.

In the Roman celebration, a goat and dog were slain, and the men would run around drunk and naked whipping women with the hides of the animals they had just slaughtered, the animal blood smeared on their foreheads.

The community believed this whipping act would make the women fertile, and thus they lined up voluntarily for it. There was also random matchmaking during the celebration, and if couples would last, they'd stay together for much longer after Lupercalia. 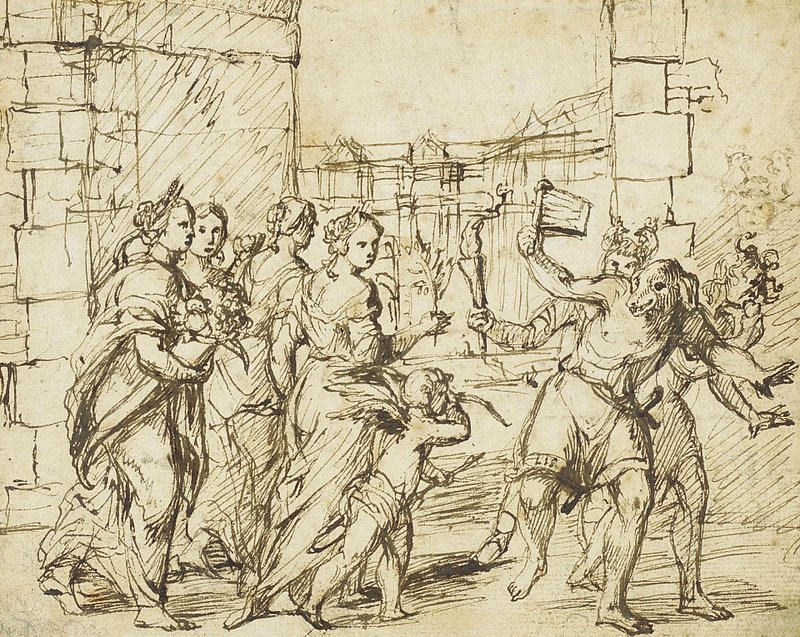 The Lupercalian Festival in Rome (ca. 1578–1610), drawing by the circle of Adam Elsheimer, showing the Luperci dressed as dogs and goats, with Cupid and personifications of fertility / © Image by  Wikipedia / Adam Elsheimer

So are the Romans responsible for the name Valentine?

Yes, very likely, because two priests by the same name helped secret Christian couples marry. On 14 February in the 3rd Century A.D., the king had them killed. Their death was honoured by the Catholic Church, and called St. Valentine's Day.

By the end of the 5th century, Pope Gelasius I had seen enough of the brutal ritual and replaced Lupercalia with St. Valentine's Day - but whether the odd festivities stopped, is another question.

Love often stands central in art, as it has for centuries. The great English playwright William Shakespeare mentioned St. Valentine's Day both in A Midsummer Night's Dream and in Hamlet, alluding to the superstition that two people meeting on the morning of February 14th will likely get married.

The tradition of giving flowers is believed to have originated in the 17th century. King Charles II of Sweden promoted different meanings behind flowers, and the idea began to spread throughout Europe.

The most traditional flower is of course the rose, which is associated with the Greek goddess of love, Aphrodite. Not sure whether rose prices quadrupled in price in the month of February in Charles' time, but they do now!

But the colours red and white, most frequently used during Valentine's Day celebrations, still represent the blood sacrifice during Lupercalia, with white representing the milk that was used to clean the blood off, and is a sign of life.

Valentine's Day took its true commercial form in the 20th Century, when shops and businesses began selling candy, flowers and handicrafts for the occasion. That followed by jewellery, perfume and lingerie. In the US alone, spending is expected at $24 billion in 2022.

We've come a long way since executions and naked men thundering through the streets with whips, so the current, somewhat more "moderate" trends are refreshing.