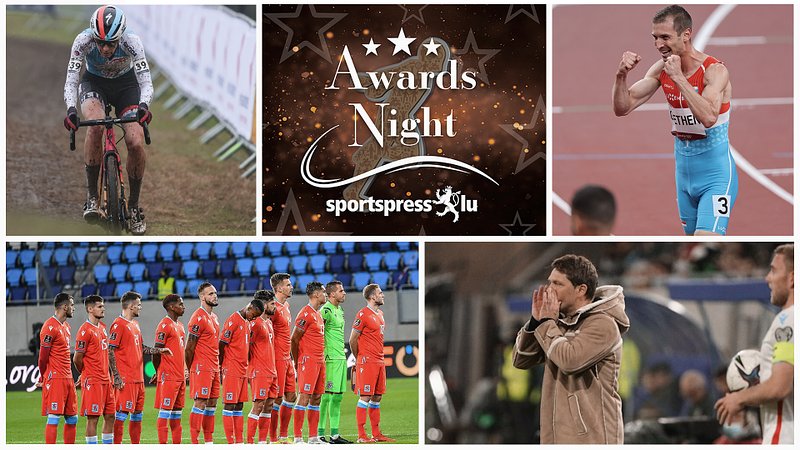 After a pandemic-related hiatus of one year, the annual award ceremony was held on Friday evening, not in Mondorf-les-Bains as per tradition, but online.

Members of the national sports press voted prior to the award ceremony and only took results and performances into consideration that unfolded before 31 October this year. This means that recent highlights from karateka Jenny Warling or the World Cup bronze medal by the women's table tennis team did not affect the outcome of this year's vote.

Female Athlete of the Year

Christine Majerus won her sixth consecutive and seventh overall title on Friday. The SD Worx cyclist was awarded 405 points after coming eleventh at the Paris-Rubaix road cycling race and tenth at the cyclo-cross World Cup earlier this year.

Kimberly Nelting, who became U21 karate world champion in August this year, came in second with 294 points. Jenny Warling was awarded third place with 212 points.

Male Athlete of the Year

Charel Grethen took the title as expected with a staggering 435 points. The athlete wowed the country when he qualified for the 1,500 meter final at the Olympics in Tokyo. He also improved the national record on several occasions this year.

Footballer Leandro Barreiro came in second with 158 points. The young athlete managed to break through into the first team of German Bundesliga team FSV Mainz 05, where he has become a regular.

The men's football national team won the title with 446 points. The women's table tennis team came second with 310 points, followed by the men's basketball team in third with 204 points.

Coach of the Year

Overview of all nominees