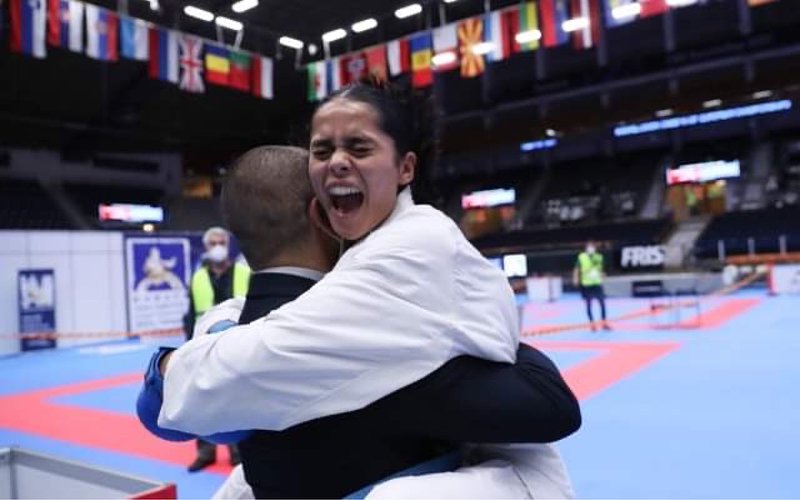 Four years after being crowned junior world champion, the Luxembourgish athlete now has another priceless gold medal to her name.

The European cadet, junior, and U21 championships 2021 took place in Tampere (FIN) over the past couple of days. Luxembourg was well represented at the tournament by a selection of fighters, as well as referees.

The most notable performance undoubtably came from 20-year-old Kimberly Nelting, who fought in the kumite -61kg category. She experienced a tough start to the competition and struggled during the first round against Valentine Picht from Switzerland. Luckily, Nelting was able to turn the situation around in the very last second of the fight, changing the score from 0:1 into 2:1.

From that moment on, Nelting took matters into her own hands and fought her way straight into the final: 3:1 against Magdalena Godlewska (POL), 7:4 against Magdalena Bozhinovska (MKD), and 4:4 against Celine Pottiez (BEL). The latter match went in favour of Nelting as she scored the first point of the encounter.

On Sunday, Nelting then fought in the final against Jennifer Zameto from France. In the end, the patience of the Luxembourgish athlete was rewarded when she scored the decisive point 21 seconds before the end of the bout. Nelting was able to defend the 1:0 lead until the end and was crowned European champion for the first time in her career. 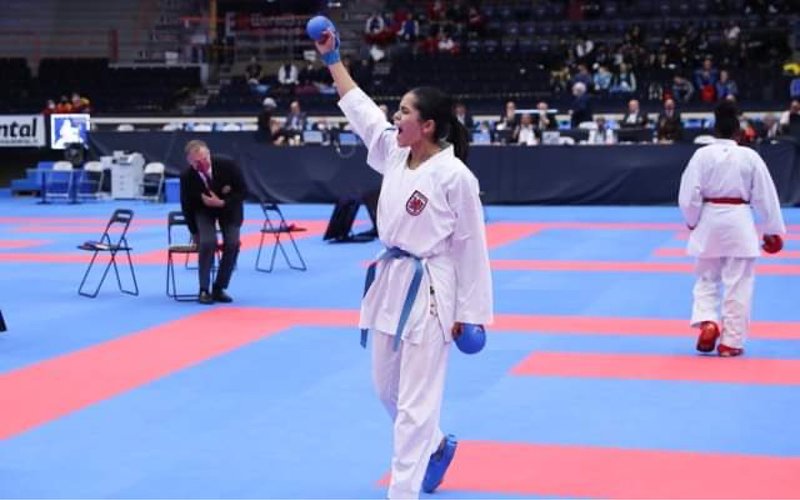