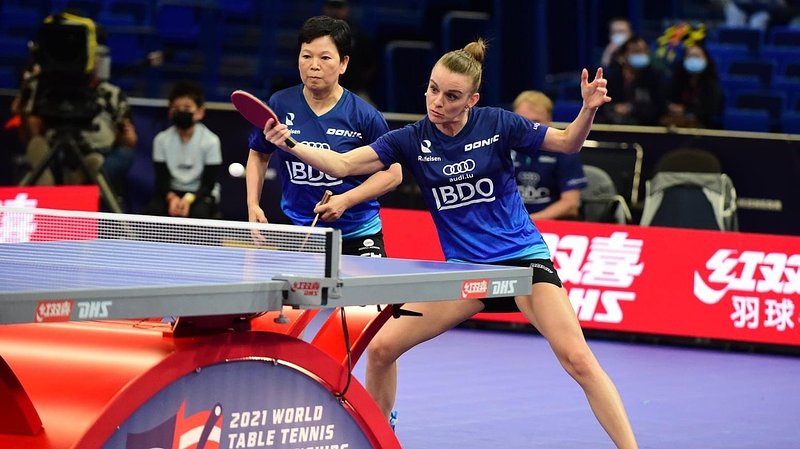 The Luxembourgish team lost to title favourites China in the semi finals of the competition.

After their sensational win over India in the quarter finals, Ni Xia Lian and Sarah De Nutte had to overcome the Chinese team to make it into the final. However, Yingsha Sun (WR 11) and Manyu Wang (WR 3) left little chance to their opposition and wrapped the match up 3:0.

Sarah de Nutte commented on the performance: "The entire week was amazing! I would have never thought that we would get this far, we even started joking about it the further we made it. We also had to change hotel rooms a few times since we initially planned on leaving again on 26 November. It really is crazy."

38 years after her first World Championship medal, Ni Xia Lian has now made it onto the podium once again. The 58-year-old athlete noted: "At the beginning, we just wanted to fight as much as we could and really focused on our games. Now we have made Luxembourgish sport history, which is an immense honour for us. It is such a great feeling and we are really happy."

Highlights from the semi final

Even if the semi final did not end in a win, the fans of the Luxembourgish team are still very proud of their amazing performance. De Nutte's flatmate Dani Konsbrück organised a viewing party at home with 25 people to support her teammate from afar.