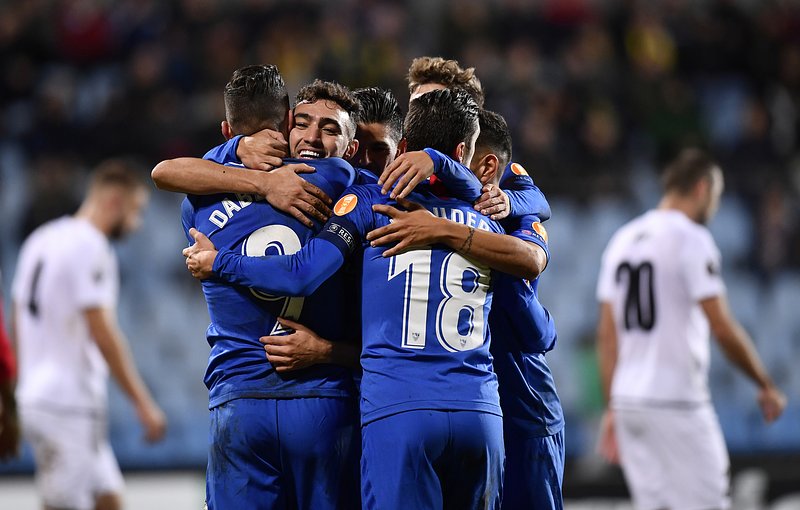 The Luxembourgish side suffered a 5-2 home defeat to Sevilla FC on a pitch which was rather worse for wear on Thursday night.

After a 3-0 loss in the away fixture, there were hardly illusions of grandeur prior to F91 Dudelange welcoming Sevilla FC to Stade Josy Barthel on Thursday night for the fourth game in the Europa League group stage.

The evening was effectively a tricky one for Dudelange, who are currently struggling with their form in the national BGL league as well, occupying fifth place in the table.

Sevilla pushed from the start, breaking through Dudelange's defence after 17 minutes, when Dabbur hit the target after a Rony Lopes set up. Ten minutes later, the same two players were once again on the offensive, Lopes setting up Dabour for an assist which resulted in El Haddadi scoring their second goal.

The Spanish attack remained relentless with El Haddadi slotting home a free kick in the 33rd minute. The Luxembourgish side barely had a moment to recover before Dabour scored his second and Sevilla's fourth goal of the game in the 36th minute.

After the break, the sides appeared more balanced for a fifteen minute period, marked only by substitutions to both sides. El Haddadi then completed his hat trick in the 67th minute.

Despite two consolation goals by Danel Sinani, the first as a quick response to El Haddadi in the 69th minute, and the second just ten minutes before the final whistle, Dudelange could not overturn the scoreline in their favour.

The 2-1 victory for APOEL Nicosia against Qarabag at the same time may complicate matters for F91, who are currently bottom of group A with 3 points. Although they are mathematically still in the race for qualification, Dudelange will have to mount a strong attack when they play APOEL on 28 November in their next match.