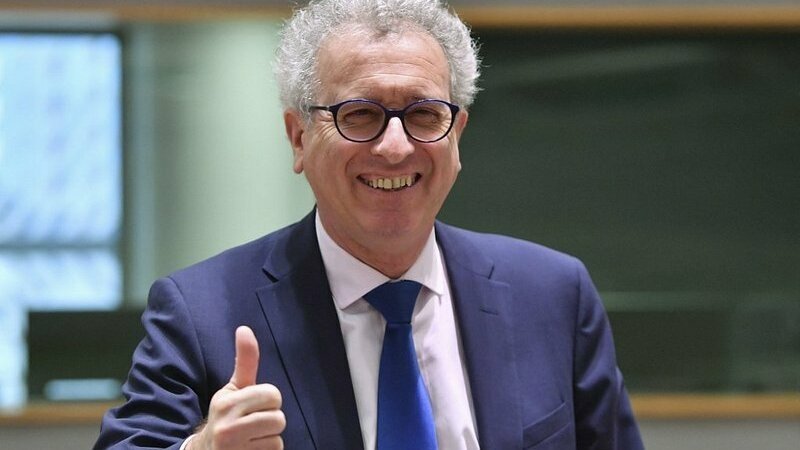 The ESM Board of Governors, consisting of 19 finance ministers from the Euro zone, has appointed Gramegna as the new managing director.

In December 2021, Gramegna announced that he would not run in the upcoming 2023 elections, initially to spend more time with family. However in May of this year we reported that he was interested in the ESM Job. The road to getting the job wasn't with out its ups and downs, as in September Gramegna withdrew his candidacy, in part due to opposition from France and Italy and thus failure to meet the required majority of 80% of votes. However, the possibility recently came back on the table.

Today it was confirmed that from 1 December, Pierre Gramegna will take over from Christophe Frankel, who took over following the retirement of Klaus Regling in early October 2022.

ESM Board of Governors appoints @pierregramegna as the new ESM Managing Director. We are looking forward to welcoming him!

Gramegna has declined a request to issue a statement on the occasion, but has taken to Twitter to comment on the appointment.

Honored to be appointed Managing Director of the ESM. I am looking forward to working for a stronger Europe alongside a very dedicated staff. PG#ESM_euro@ESM_press https://t.co/ApGdFLidHg

Warm congratulations @pierregramegna on your appointment as the next Managing Director of the European Stability Mechanism.

I am sure that under your leadership, the @ESM_Press will continue to be a source of stability as Europe navigates these challenging times. pic.twitter.com/u7OFTphqZL

The ESM Board of Governors just appointed Pierre Gramegna by broad consensus to become the new ESM Managing Director as of 1 December.

My warmest congratulations @pierregramegna, looking forward to working closely with you! pic.twitter.com/7AQzzAk4nL

Congratulations @pierregramegna on your appointment as the new Managing Director of the ESM. I am convinced that you bring the necessary qualities to steer this important institution & contribute to the stability of the Euro Area. pic.twitter.com/mmBRNGxuzt