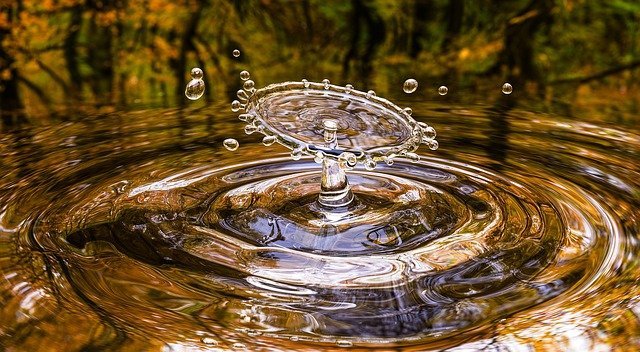 Over 30,000 years old or just a few years young? Water can also be “old” or “young”. This helps water researchers understand environmental pollution and to better understand or predict flood events.

A company from Luxembourg has come up with an unusual advertising strategy for an ordinary product. The company pumps water from a depth of 317 meters, tapping into a reservoir into which it was deposited 34,000 years ago. The "Ice Age mineral water" is thus 'ready'. The company knows exactly how old the water is thanks to Laurent Pfister, hydrologist at the Luxembourg Institute of Science and Technology (LIST).

His team analysed the water and confirmed that since the water has not been exposed to any human influence, it is, unlike some surface water, free of pollutants such as nitrate.

Though it is more likely to remain marketing jargon, the promoting of water age - i.e. the point in time at which it was last in contact with the atmosphere, does have grounding in science.

Why do researches 'date' water

What the company uses here as a marketing strategy - 'dating water' - is actually extremely important for researchers like Laurent Pfister, who study the water cycle.

In order to better understand flood events, you have to know how old the water involved is: “A significant part of the flood waters during heavy rain events likely consists of old water. This often seeps into the ground swiftly and contributes to the water table when new water pushes in. This is a process that is not yet properly understood, but can be inferred by dating water."

To find out how old water is, hydrologists like Pfister use two methods. The first method is to measure how “heavy” the water is. Water consists of hydrogen (H) and oxygen (O). But there are different types of H and O, for example 16O or 18O, which are called isotopes. The different isotopes have different atomic masses. The researchers can measure these and thus determine whether the water is “heavy” or “light”.

Depending on the time of year when the water found its way underground, it is a little heavier or lighter. This is because in summer, at higher temperatures, more light water evaporates on the surface and the isotopically heavier water remains and finally seeps away. From this, the researchers can reconstruct short periods of time and seasonality.

For longer periods of time, hydrologists use a second method. They measure radioactive decay products in the water. The water in the reservoir, for example, can be dated to the Ice Age using the 14C method (radiocarbon dating) and the CO2 dissolved in the water as carbonic acid. Another "tracer" for medium to long periods of time is, for example, tritium (3H, "super-heavy" hydrogen), which was released during nuclear weapons tests in the 1950s.

Window into the past

Working with isotopes also gives researchers exciting insights into processes in the past, as Pfister reports: many hundreds of years ago, when no hydrologist observed the runoff in rivers, there were already silent witnesses: mussels in the river bed, depending on the quantity and nature of the river water, have different isotopes in their shells.

With their help, Pfister and his colleagues are now trying to reconstruct flood events and droughts in the past. How these happened in the past becomes more and more relevant as the flow of rivers becomes less predictable year-on-year, as a result of climate change.