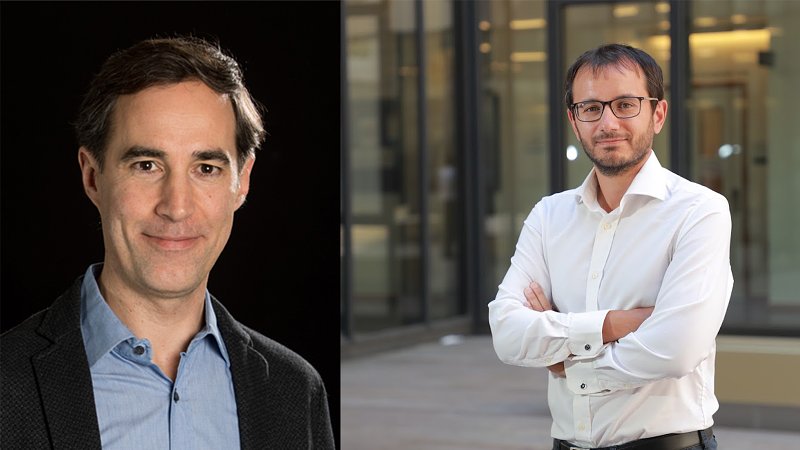 Two economists from Luxembourg tell us how new insights about the labour market and conclusions about cause and effect can be drawn from natural experiments.

Does a longer education lead to a higher pay in the future? That is one of many big questions that social scientists try to study. But for many of these questions, it can be difficult to determine what is cause and effect and what is just a correlation. If a person who studied longer ends up having a higher income, we do not know whether the longer education is really responsible for the higher income or something else. Because we have nothing to use as a comparison. Because we do not know what would have happened if that person had not continued studying. However, this year’s Nobel laureates in Economic Sciences have shown that it is possible to answer such questions using natural experiments and by studying data in the real world. Their approach has spread to other fields and revolutionised empirical research.

We spoke to two scientists from Luxembourg who work in the field of labour economics and use the laureates' methods in their own research.

Read the full interview below. 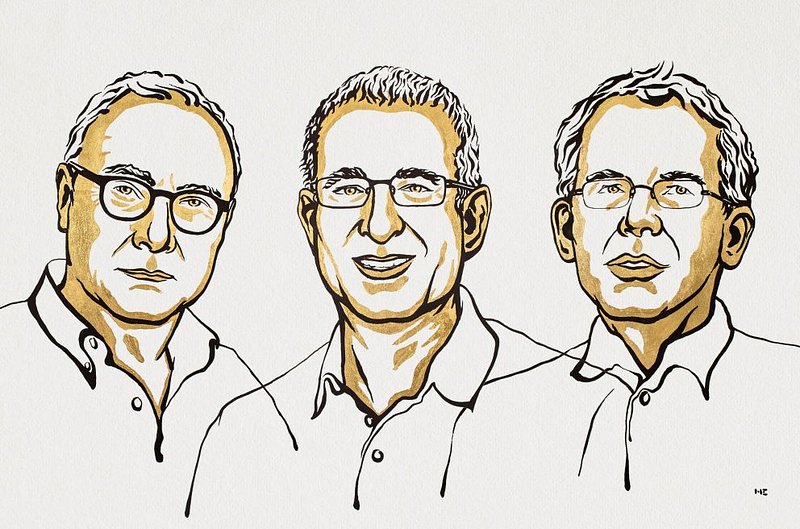 The Royal Swedish Academy of Sciences has decided to award the Sveriges Riksbank Prize in Economic Sciences in Memory of Alfred Nobel 2021 with one half to David Card “for his empirical contributions to labour economics” and the other half jointly to Joshua Angrist and Guido Imbens “for their methodological contributions to the analysis of causal relationships”. (Photo: Ill. Niklas Elmehed © Nobel Prize Outreach)

Konstantinos Tatsiramos, you are Full Professor in Labour Economics at the University of Luxembourg and Senior Scientist at the Luxembourg Institute of Socio-Economic Research (LISER). Could you briefly summarise the discoveries of the Nobel Prize winners?

KT: In medicine and several other scientific fields, you can do randomised controlled experiments to analyse whether one thing causes another. For example, if you want to test the efficacy of a new treatment, you randomly distribute trial participants into two groups: one treatment group that receives the treatment and one control group that doesn’t receive the treatment. Due to randomisation, both the treatment and control group are composed of similar type of people in terms of age, demographics, etc., so you can then conclude that any effect observed in the test group is due to the treatment.

In social sciences, we cannot do this. In most cases we cannot design experiments where we allocate people randomly into two groups. We can then only rely on observational studies, meaning we observe what is happening in real life and we need to devise methods that resemble the experimental methodology so that we can draw conclusions about cause and effects.

David Card was one of the first who explored natural experiments to address the problem of causality. For example, in one of his seminal paper, David Card analysed how the arrival of Cuban immigrants in Miami affected the local labour market there in comparison to the labour market in similar locations that did not experience this large shock, which was totally unexpected and random – it happened practically overnight.

Using this approach, David Card analysed some other central questions in labour economics – such as the effects of a minimum wage on employment, or the effect of education on earnings. His work presents a methodological innovation to perform better analysis in economics. The work of the other two Nobel Prize winners Joshua Angrist and Guido Imbens enriched this framework and developed more sophisticated methods.

Andrea Albanese, you are also a Labour Economist and Research Scientist at LISER. How would you describe the Nobel Prize winner’s work?

AA: The work of the Nobel Prize winners is about how can we get answers from data when no randomised experiment was done. Indeed, it is often the case that due to ethical issues we cannot implement Randomized Control Trials (RCT) and therefore we cannot rely on a treated and control group composed of similar individuals. For example, you cannot tell one employee that they will receive unemployment benefits and another one that they will not. But you can apply the methods used by the Nobel Prize winners, the so-called quasi-experimental methods for observational studies, to still address questions about the cause and effect of such policies and go beyond simple correlations. This is key since when we compare participants in a policy to participants that did not benefit from it, they tend to differ in many characteristics. Therefore it is difficult to retrieve what the real contribution of the policy was. The conclusions we can reach are essential since policymakers need to know whether their policies achieve their goal and whether they are cost-effective.  For example, we can study whether training offered by ADEM helps the unemployed find and retain a new job. Or how unemployment benefits affect the unemployed job search and whether it helps them find better jobs. Or even whether a congestion charge is able or not to decrease car usage in a city.

What was the impact of their work?

KT: The work by the Nobel Prize winners started in the 1990s but then expanded in the field of labour economics and even beyond.

This is the type of stuff I’m teaching in my Labour Economics course to my third-year undergraduate students at the University of Luxembourg and also in my Econometrics course. In fact, the seminal studies of Card on the effect of the minimum wage on employment and of immigration on the natives is part of the course. In my Econometrics course I also try to make them aware that we are eventually interested in uncovering causal effects.

AA: The work of the Nobel Laureates has had a huge impact in economics and changed the way we analyse data that we collect in the real world. Their contribution is important even outside economics. Indeed, they provide researchers worldwide with a very flexible toolbox that can be applied to many fields. For example, today you could analyse the efficacy of Covid-19 vaccinations in the real world by using these methods. The efficacy was of course first demonstrated in clinical trials in which there was a vaccination group and a placebo (control group). The two groups were designed to be very similar in terms of age, sex, etc. but when now we look at 'real world data', the people who get vaccinated may be very different to those who don’t get vaccinated. Therefore we cannot directly compare them. Nevertheless, you can create similar groups of vaccinated and non-vaccinated people by applying statistical methods developed by the Nobel Prize winners and then analyse in those groups what the effect of vaccination on the spread of SARS-CoV-2 is.

How do you use the laureates’ methods in your own research?

KT: My research focuses on understanding the effect of labour market policies on labour market outcomes and to do this I compare those affected by the policies vs those not affected.

For example, one question I asked in my past research was ‘What effect do unemployment benefits have on the duration of unemployment?’ This is a policy concern because there is the risk of moral hazard. One the one hand, benefits are useful to support consumption and the well-being of individuals; on the other hand, it could lead unemployed people to take longer to look for new employment.

In the old days, we would analyse this question just through correlation, but today we try to establish a causal relation. Is it really the benefits that drive this effect or is it simply because of confounding factors? For example, the economy could be slowing down and that could be the cause of a longer unemployment, rather than generous benefits. To address this question, we have to compare the effect in those who receive benefits vs those who don’t.

How do we do that? In many cases, one can exploit exogenous variation in the treatment of interest by relying on differences that are driven by institutions. For example, there are cases where the generosity of unemployment benefits may vary by age, where unemployed above a certain age cut-off receive more generous support. This creates one group that is treated and an otherwise similar group that only differs in age that can serve as the control group allowing to analyse whether a more generous unemployment benefit is really the cause of a longer unemployment period.

AA: As my expertise lies in the field of causal analysis and ex-post evaluation of public policies, all Nobel Prize winners are authors I usually cite in my own research work. My research aims at providing a better understanding of the effectiveness of labour market and other social policies by using these quasi-experimental methods. In my work I evaluated several labour market policies such as the effect of hiring subsidies on the employment integration of young and old unemployed, the impact of apprenticeships on helping the youths finding a stable job, the effect of unemployment benefits on workers’ layoffs, the effect of temporary contracts on wages and the impact of subsidized part-time work on retirement.

Other research questions I work on are what effect childbirth has on cross-border workers from Belgium or the effect of the Schengen agreement and freedom of movement: to what extent do European policies motivate people to move borders?

KT: And to finish with an example from outside labour economics: I have published a study with two colleagues in which we analysed lockdown policies in 175 countries around the world and their independent effects on Covid-19 incidence in the beginning of the pandemic. And we found that cancelling public events, restrictions on private gatherings and school or work closures had significant effects on reducing Covid-19 spread whereas restrictions on international travel for example had only a short-lived effect.

And this is what this Nobel Prize is all about: understanding what works. I am looking forward to go to my undergraduate students tomorrow and tell them exactly that!