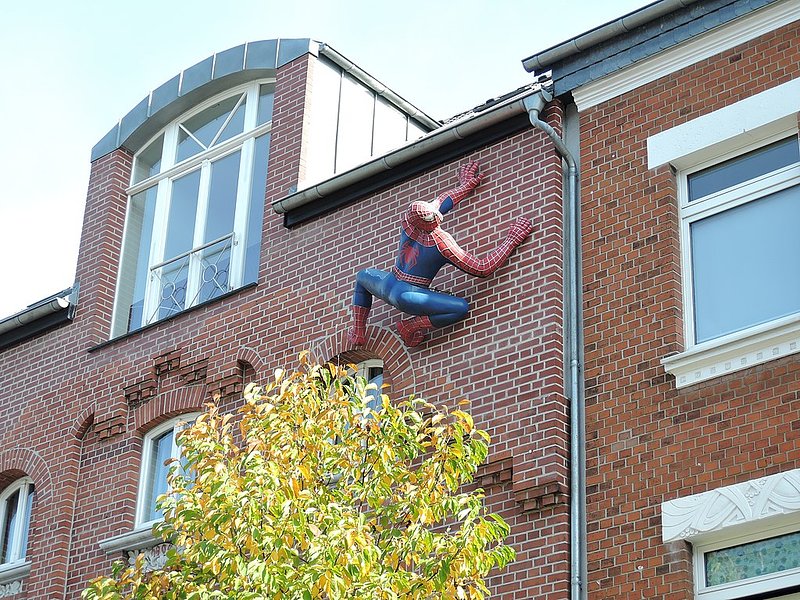 Inspired by geckos, researchers at the University of Massachusetts have developed an adhesive so strong that a mere postcard-sized piece can hold a weight of up to 300 kg.

In order for a person to be able to climb walls like Marvel's arachnid superhero Spiderman, their hands would have to adhere to the wall not only with a force capable of supporting their weight, but also with the ability to release immediately.

Now, researchers at the University of Massachusetts have turned to geckos for inspiration, observing the way these lizards climb up smooth surfaces, thanks to the structure of their feet.

Geckos' feet are covered in millions of tiny hairs called “setae”, which are flexible and allow close contact with the surface. When these hairs are pressed onto a surface, forces act between the surface molecules and those of the gecko's foot. Although these forces are not very strong, they create a strong adhesive effect. For even if the individual interaction is weak, the effect is multiplied by the large number of setae on the creature's feet.

This means that even a tiny change in the angle at which the hairs and the surface touch each other will detach the hairs without leaving any traces. This process can be repeated indefinitely, allowing the gecko to move at speed.

Recreating gecko feet in a laboratory

Numerous researchers have tried to recreate the micro-structure of gecko's feet. To do this, they often use synthetic setae, based on polymers, that mimic the way natural setae work.

Stanford University's Elliot Hawkes is currently working with a team of engineers to use this technology for Hollywood-style climbing gloves, much like the ones used by Tom Cruise in Mission Impossible 4 to climb the Burj Khalifa.

The adhesive can be easily and effortlessly activated and deactivated on command, simply by removing the force used in order to release the adhesion without leaving a trace.

This climbing technique could be used by the military or, for example, by fire fighters who, for example, have to rescue people in the event of a fire.

So-called "clean" adhesion techniques are also referred to as "dry", because they don't require additional substances such as glue between the surfaces to be joined together. Instead, the adhesion is created by a reversible chemical interaction between the two surfaces' molecules. In this instance, it is the "Van der Waals" force.

However, other reversible chemical interactions could be deployed to accomplish the same goal - not necessarily for wall climbing, but for other uses as well. Another example is the Diels-Alder reaction, which enables strong interactions between molecules (covalent bonds) that can be broken by the simple act of heating. As part of his doctoral thesis at the Luxembourg Institute of Science and Technology (LIST), researcher Anton Manakhov was able to show that a strong but reversible adhesive effect can be achieved with this reaction.

Because the interactions are so strong, there is no need to apply hairs to the surface to achieve a strong adhesive effect. It is sufficient to generate the functions on the surface so that the chemical bonds can enter. At LIST, this was achieved through plasma polymerisation under atmospheric pressure. This technology can be used in industry for larger quantities without any problems, which makes the process interesting for the development of adhesives suitable for everyday use.