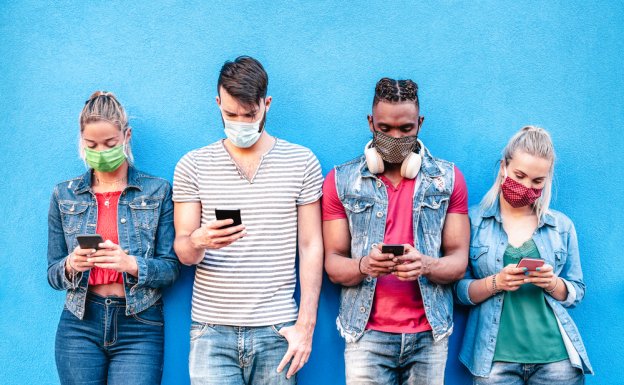 Young people are particularly affected by the measures taken to stop the spread of the pandemic, but they have largely accepted them, according to a poll.

Sociologist Robin Samuel of the University of Luxembourg has teamed up with “Young People and Covid-19” (YAC), a study, to see how young people are coping with the fallout of the pandemic.

Most respondents were coping well with the first wave

A survey conducted between July and September was comprised of 5,000 Luxembourgish participants aged 12 to 29. Samuel and his team aimed to find out whether young people are worried because of Covid-19, whether they feel well informed, whether they comply with public health guidelines and to what extent their everyday life has been impacted by these measures.

Preliminary results are complex, according to Samuel. A majority approved of the restrictions and was content with the information available to them. Most also complied with the restrictions however, there are significant gender and socio-economic differences.

The poll shows that 54% of respondents say they are “quite worried” or “very worried” because of Covid-19. This mirrors results from studies undertaken abroad (Götz, 2020 und Huber, 2020).

Another finding is that boys and young men feel less affected than female respondents. This echoes the results of a similar British study. Samuel says it could be that women tend to be more “introspective” and could be more “sensitive” than men. The sociologist did say that there are significant outliers, so it is difficult to explain these differences definitively.

Samuel believes that socio-economic disparities will become larger and that the pandemic will worse social inequalities. This means it becomes even more important to keep track of how young people feel. Such polls are also invaluable as they point to areas of improvement that politicians can tackle accordingly. As the first poll was held during the summer, after measures were lifted after the first wave, so it is likely that many young people have changed opinions.

Another poll is planned for May to July 2021. 90% of respondents agreed to take part in this census. Samuel says it would be very useful to survey the same sample as this enables the best possible comparison to the first poll.

Another interesting finding is that 31% viewed restrictions negatively while 24% also said they could “take some positives”. People said restrictions gave them more time for sleep, leisure activities and family. Some said they used the first lockdown as a “period of reflection”.

Samuel says that some say they devoted more time to think about the environment and to spend more time in nature. How one copes with the pandemic also depends on someone’s family situation. A stable environment usually translates into coping better with the fallout of the pandemic.