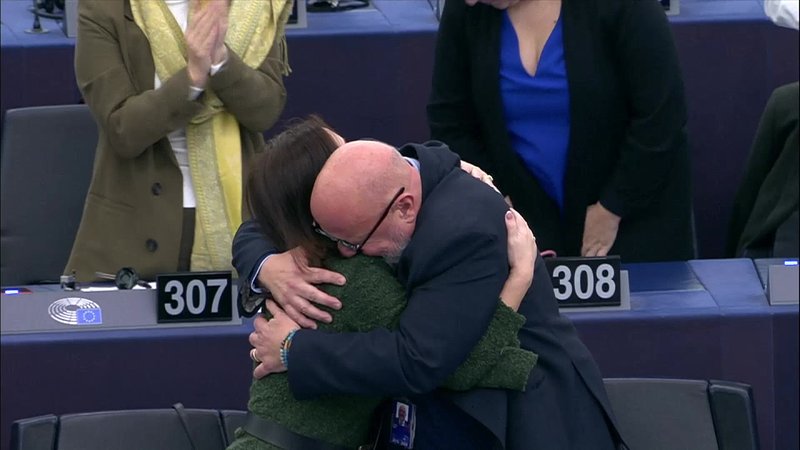 Greek MEP Eva Kaili was stripped of all her mandates in the European Parliament in the aftermath of a corruption scandal that rocked the European institution.

On Wednesday, MEPs finally appointed Eva Kaili's successor as vice-president of the Parliament.

Marc Angel from the Luxembourg Socialist Workers' Party (LSAP) had previously won the internal election within the Progressive Alliance of Socialists and Democrats (S&D) against several other candidates last week.

On late Wednesday morning, the Luxembourgish MEP was officially appointed vice-president of the European Parliament.

He was up against French MEP Gwendoline Delbos-Corfield of the Greens/European Free Alliance (Greens/EFA).

The first round did not result in an absolute majority for one of the candidates, so a second vote was held, even though Angel obtained the most votes. The MEP from the Grand Duchy ultimately won with 307 votes in his favour.

He thus becomes one of the 14 Vice-Presidents of the European Parliament, the second Luxembourger to hold this position after Nicolas Estgen in 1979.