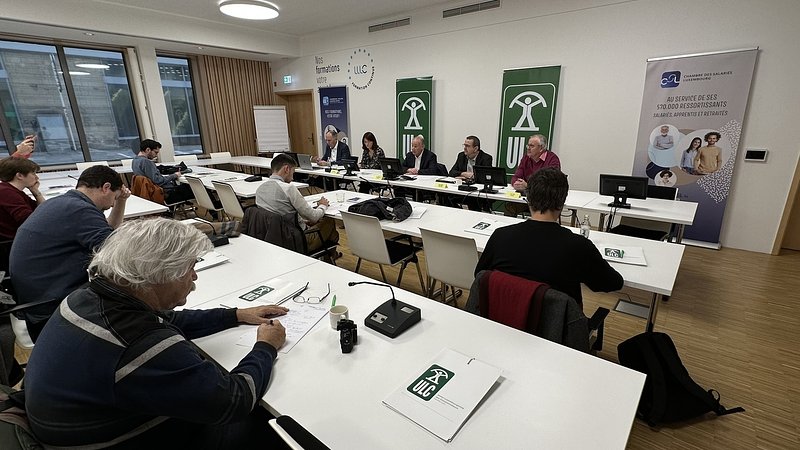 The Luxembourg Consumer Protection Association (ULC) is concerned about the purchasing power of households as prices continue to climb.

The ULC calls for a number of tax adjustments, particularly for low- and middle-income households, "as soon as possible." Regarding the wage indexation system, the ULC also calls for changes in the retirement home sector.

20% of all households are at risk of poverty, the association warns. Although the ULC welcomes the measures decided at the tripartite meeting in September, the consumer protection association argues that they should be improved as soon as possible. ULC President Nico Hoffmann is particularly critical of the fact that tax policy is "not socially targeted enough."

"The change in VAT from 17% to 16% doesn't affect those at the bottom or those with a lower average income. I think that in this context, people would have benefitted more from a tax reform or a partial tax reform," Hoffmann said.

© Luc Rollmann
The photos published on this site are subject to copyright and may not be copied, modified, or sold without the prior permission of the owner of the site in question.

For this reason, the ULC thinks that the minimum wage should be fully tax exempt. According to the consumer protection association, tax class 1A should be abolished and those affected should be reclassified in tax class 2. The ULC also thinks that a tax increase on very high incomes should not be ruled out. As far as the wage indexation system is concerned, the ULC criticises the fact that it is "counterproductive" for residents of retirement home.

Hoffmann stated that "in our opinion, you shouldn't have less money in your pocket after a wage indexation." However, according to the ULC, pensioners living in homes face this risk because "the average pension in Luxembourg is almost €3,000, but monthly payments in retirement and nursing homes are often higher, around €3,500."

The ULC is therefore calling for a price cap. In addition to these demands regarding taxes and the index, the ULC used the press conference to outline its daily operations. As of 30 November 2022, the ULC's litigation department had opened around 4,250 new cases. According to Hoffmann, more than 90% of the cases are successfully resolved.