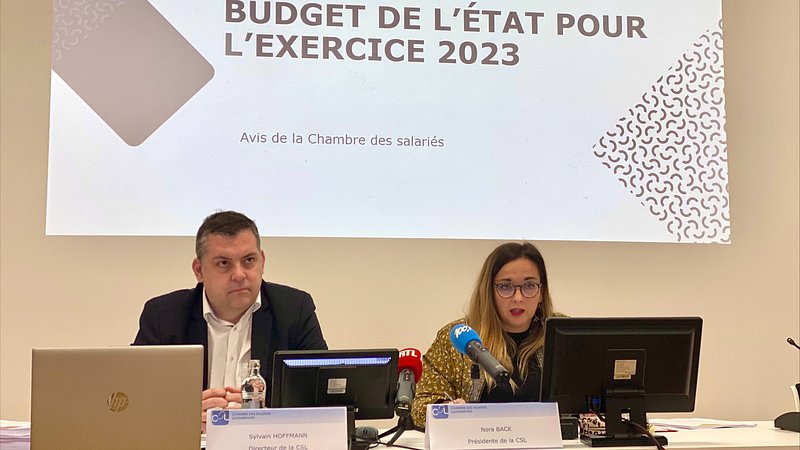 On Monday, officials from the Chamber of Employees (CSL) criticised the state budget for the upcoming year, expressing fears that it will increase inequalities in Luxembourg.

According to CSL director Sylvain Hoffmann, the 2023 budget will increase inequalities in the country. He mainly criticised that once again no tax reform is planned and that not even individual adjustments are being made.

The CSL therefore demands that the lower levels in the tax table receive reliefs while new levels should be added to the upper tier. Furthermore, the tax burden should be redistributed between employment and capital, said CSL president Nora Back.

Hoffmann further criticised that although the government is not explicitly raising taxes, it still does so by not adjusting them to inflation. According to CSL calculations, a 2.5% indexation of the gross salary only results in a 1.75% increase of the net salary for people earning an average income.

CSL officials acknowledged that the geopolitical situation in Europe poses difficulties. However, they expressed their belief that the economic situation is not as bad as portrayed by the government. The Chamber therefore argued that the maximum threshold of the public debt, set at 30%, should not be upheld in dogmatic manner.

Although the CSL welcomes the measures from the latest tripartite agreement, they believe that they are not far-reaching enough. Among other things, the Chamber advocates for a valorisation of child benefits, an indexation of the cost-of-living allowance, and a raising of the minimum pension.