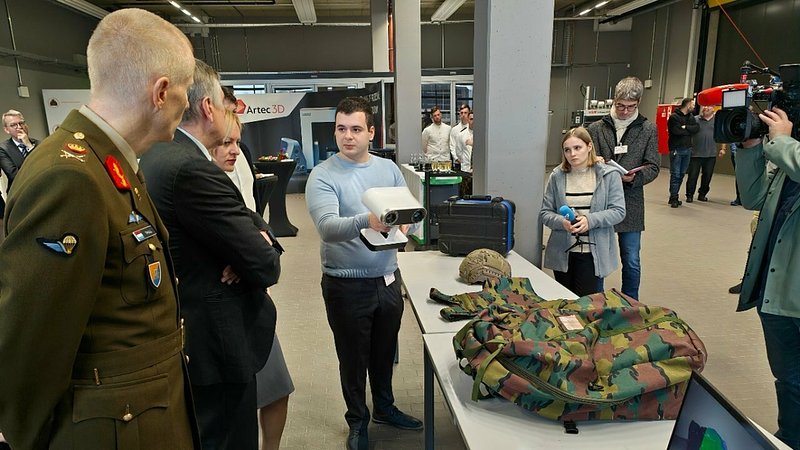 Luxembourg recently sent 30 3D scanners to Ukraine, which can be used to scan large areas and collect pieces of evidence relating to war crimes on the newly liberated territories.

According to reports form the organisation Prosecute Russian War Crimes, no fewer than 39,000 violations of the Geneva Conventions have been found on the liberated territories formerly occupied by Russian forces. Ukraine's judiciary is investigating these reports, a task which is hoped to become easier thanks to logistical support from Luxembourg.

UN Secretary General Antonio Guterres recently commented on the process: "The reports are a catalogue of atrocities, executions, sexual violence, torture, and other inhuman treatment practiced towards civilians and prisoners of war. The latest reports from the cemetery in Izium are extremely alarming. All of those reports have to be thoroughly analysed so that those responsible for them can be brought to justice."

Since the collection of evidence is a critically important step in this process, Luxembourg recently donated 30 3D scanners, produced in the Grand Duchy, to Ukraine. Thanks to this equipment, local investigators can now scan mass graves in a matter of minutes.

Nataliia Nestor, deputy director of the forensic science institute in Kyiv, explains: "Large parts of our country are occupied by troops of the Russian Federation. After we recapture those territories, Ukrainian soldiers always look for graves. Thanks to the scanners, it will now be possible to secure clues without having to touch anything. That allows us to collect evidence for trials."

© Jeannot Ries
The photos published on this site are subject to copyright and may not be copied, modified, or sold without the prior permission of the owner of the site in question.

The 3D scanners were directly sent to war-torn regions of Ukraine. Minister of Defence François Bausch elaborates: "It is not only a scanner, there is an internal software that allows users to scan large areas with all the objects found there. Information is then processed by a computer, which is extremely important and ensures that war crimes are uncovered. This project costs us €1.3 million, but I think it is worth it. This will really help Ukraine a lot."

Since the beginning of the war in Ukraine, Luxembourg has provided the invaded country with material support and weapons worth €74 million. Minister Bausch has meanwhile promised to commit further aid in the next budgetary year: "It is a crucial phase and that is why it's so important that we support this people. They are actually fighting for the rest of Europe."

Lorries are already packed and ready to provide Ukraine with additional material  before the end of the year.

Natalia Anoshyna, chargé d’affaires at the Ukrainian Embassy in Luxembourg, has voiced gratitude for the support: "These 3D scanners are extremely important and help collect all pieces of evidence in relation to all the atrocities committed by Russians in Ukraine. Thank you so much for the scanners."