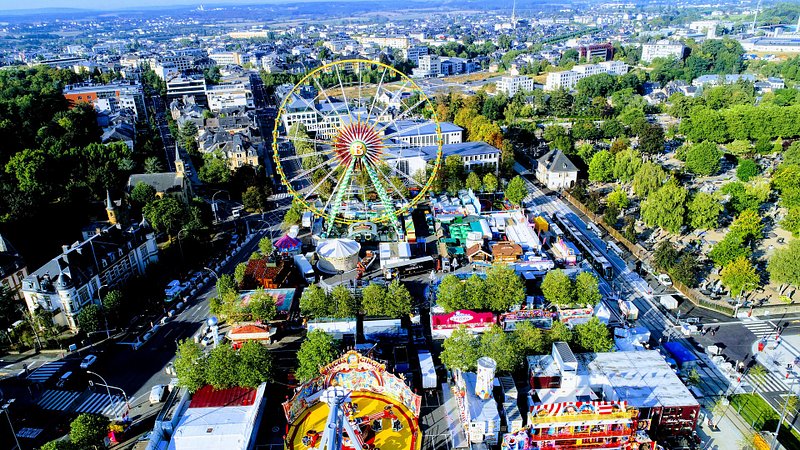 The traditional fair returns until 7 September, hosting a record number of 223 stalls this summer.

On Friday 19 August, the Schueberfouer reopened for the 680th time, with a record 223 stalls and attractions. One of the new rides is the largest transportable haunted house in the world, while other classic attractions such as Top Spin, Hangover and Hexentanz will be back.

Another novelty will be the adjusted opening hours, which will now take place between midday and 1.00am. This means the "free nights" on Fridays and Saturdays will end.

Fair organisers received over 500 applications for pitches, eventually accepting 223 rides, food stalls and other attractions, a third of which are Luxembourgers. This year's fair will see a mix of traditional stores and new attractions, as is the case every year.

How much do you really know about the Schueberfouer? Find out in our quiz!

Unfortunately, the Schueberfouer will not be spared the effects of inflation and the energy crisis. The municipality of Luxembourg City has not asked for location fees this year, hoping to help stall owners keep their prices down, according to fairground association president Charles Hary. Despite this, visitors to the fair should expect to see some price increases, particularly when purchasing food and drink.

Schueberfouer 2022 - Opening (19.8.22)
© Lucien Koneczny
The photos published on this site are subject to copyright and may not be copied, modified, or sold without the prior permission of the owner of the site in question.

The fair will last for 20 days this summer, ending with a literal bang on 7 September, with a planned fireworks show. The last day will see prices slashed by 50 percent, as will also be the case on family day, on 24 August, when visitors can go on rides for half price.

The Schueberfouer is the largest fair of its kind in the Grand Region and attracts around 2 million visitors per year.