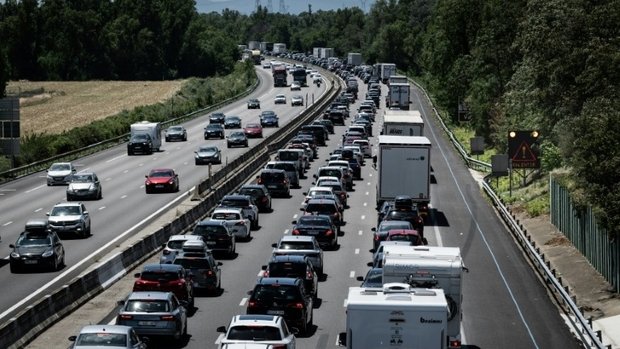 Europe's largest motoring association ADAC warns that the peak in motorway congestion for the summer holidays will be reached during the upcoming weekend.

Motoring association ADAC, which is headquartered in Munich, has published grim predictions in terms of holiday travel on motorways.

This weekend will mark the beginning of the summer holidays in the German states of Bavaria and Baden-Württemberg. Furthermore, it is expected to see a second wave of travellers leaving the states of Hesse, Rhineland-Palatinate, Saarland, as well as the south of the Netherlands.

Also, it is likely that travellers from Scandinavia and the German states of North Rhine-Westphalia, Schleswig-Holstein, and Mecklenburg-Vorpommern will already return home.

ADAC thus anticipates that the peak in motorway congestion for the summer holidays will be reached during the upcoming weekend. Friday afternoon, Saturday morning, and Sunday afternoon are expected to be particularly affected.

Popular German motorways, including those leading to the North and Baltic Sea and those leading into the mountains, will be affected the most. Foreign routes leading to Italy, Croatia, and France might also experience significant congestion. In Austria, a closure of most motorway alternatives will also increase traffic.

Congestion can be avoided by travelling on mid-week days, such as Tuesdays or Wednesdays, advises ADAC.