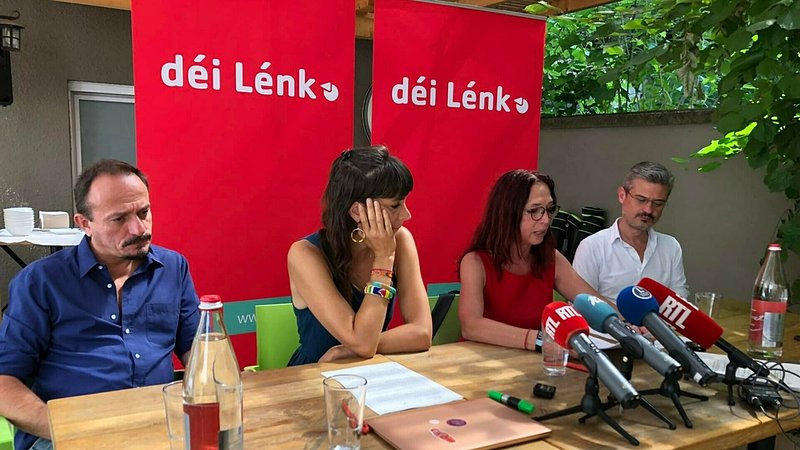 The Left Party ('Déi Lénk') invited the press on Friday afternoon for a review of the past parliamentary year and did not mince its words when it came to criticising the government.

According to the opposition party, there is "no consensus" between the coalition partners. Instead, the pro-capitalist stance of the Democratic Party (DP) is "blocking new ideas". The Left Party argues that rather than "handing out money to everyone" with a fuel discount, raising the minimum wage would have been a more effective way to address price increases.

For MPs Nathalie Oberweis and Myriam Cecchetti, the housing issue needs to take centre stage. "We don't just use the word 'crisis', but we really think that this is how the situation should be treated", Oberweis explained, reiterating that "we have to act now, but the members of the government are not concerned by this problem, so nothing is being done".

Although there is strong political support for the accelerated depreciation reform in the Chamber of Deputies, no progress is being made. The Left Party also calls for an increase in the rent subsidy. These changes "would cost nothing," the party argues, and wonders why the government "does not take matters into its own hands".

The opposition party also regrets that the government is using "a lack of money as an excuse to avoid implementing the tax reform".

For the Left Party, the DP is blocking the government's work in general to do everything possible to ensure the competitiveness of Luxembourg's financial centre. But doing nothing and riding on the status quo would only increase injustices, according to the opposition party.