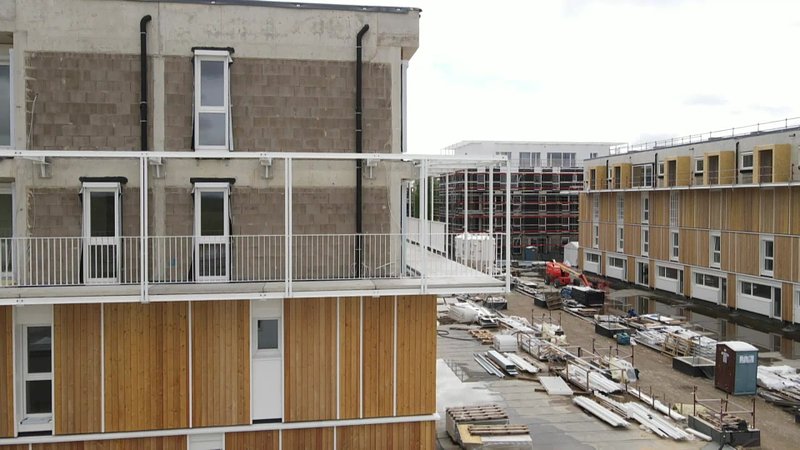 The newest release from the Idea Foundation analyses the housing situation in Luxembourg and calls for a debate about housing policies.

The publication was influenced by a recent survey which found that housing remains the main issue people in Luxembourg worry about.

The state of the housing market is not really a surprise, says Michel-Edouard Ruben from the Idea Foundation. The country's policies have long tended towards supporting people to become property owners. "The objective to have more property owners was achieved. But you can see that there are huge tensions and so the promise that a majority of people should own a property is now hard to keep, because prices are so high and the interest rate is going up."

In recent years, the political objective has shifted towards creating more affordable housing.

The foundation offers a number of measures aimed at improving the situation. For one, the financial aids offered need to change: "These aids are generally not tied to anything. Not to the income of beneficiaries, and not to the rents to be paid."

But the problem is much bigger than that, says Idea. A study about land-use planning to be published this autumn will explain that "a number of changes are necessary in terms of land development. For instance around urbanisation, mobility, and how to work together with the larger region."

So far Idea has often been right with their forecasts. In light of the multiple crises we are currently facing - the war in Ukraine, inflation, energy security, climate - Michel-Edouard Ruben can only give an estimate on where we are headed with housing.

Idea wants to discuss these issues publicly with Henri Kox on 6 July. To attend, you need to sign up on their website, where you can also download their publication (in French).

Take a look at this article as well about the continuation of rising housing prices.